The Palmyra once attracted royalty to its ancient playground, but today it faces its biggest challenge yet: staying open.

It is a story as old as tourism itself: destinations experience rises and falls in fortune and favor, be they cities, countries, attractions, and even hotels. And it is at one such lone hotel in an untouched corner of the Middle East that we see one of the more dramatic (and recurring!) rise-and-falls of the last hundred years. It is also where our story begins.

The Palmyra in Baalbek, 86 kilometers east of Lebanon’s capital Beirut, hit unanticipated early heights of prominence after opening its doors in 1874. One of the first hotels in the region, it was built by a Greek entrepreneur to overlook the remarkable ancient Roman ruins of Heliopolis, which had been attracting a growing number of visitors to the city, including academics and archaeologists eager to explore the region’s colonial past. 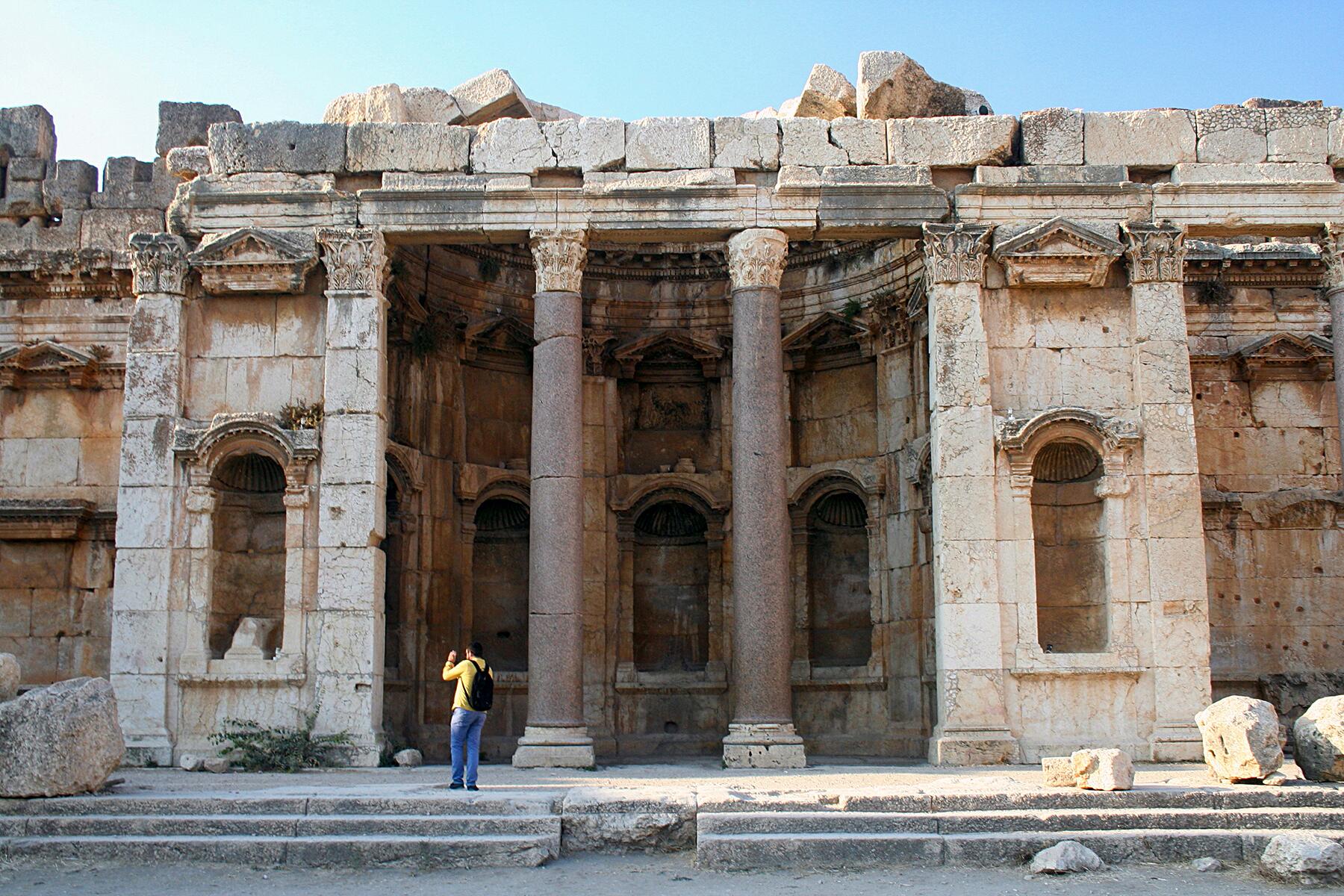 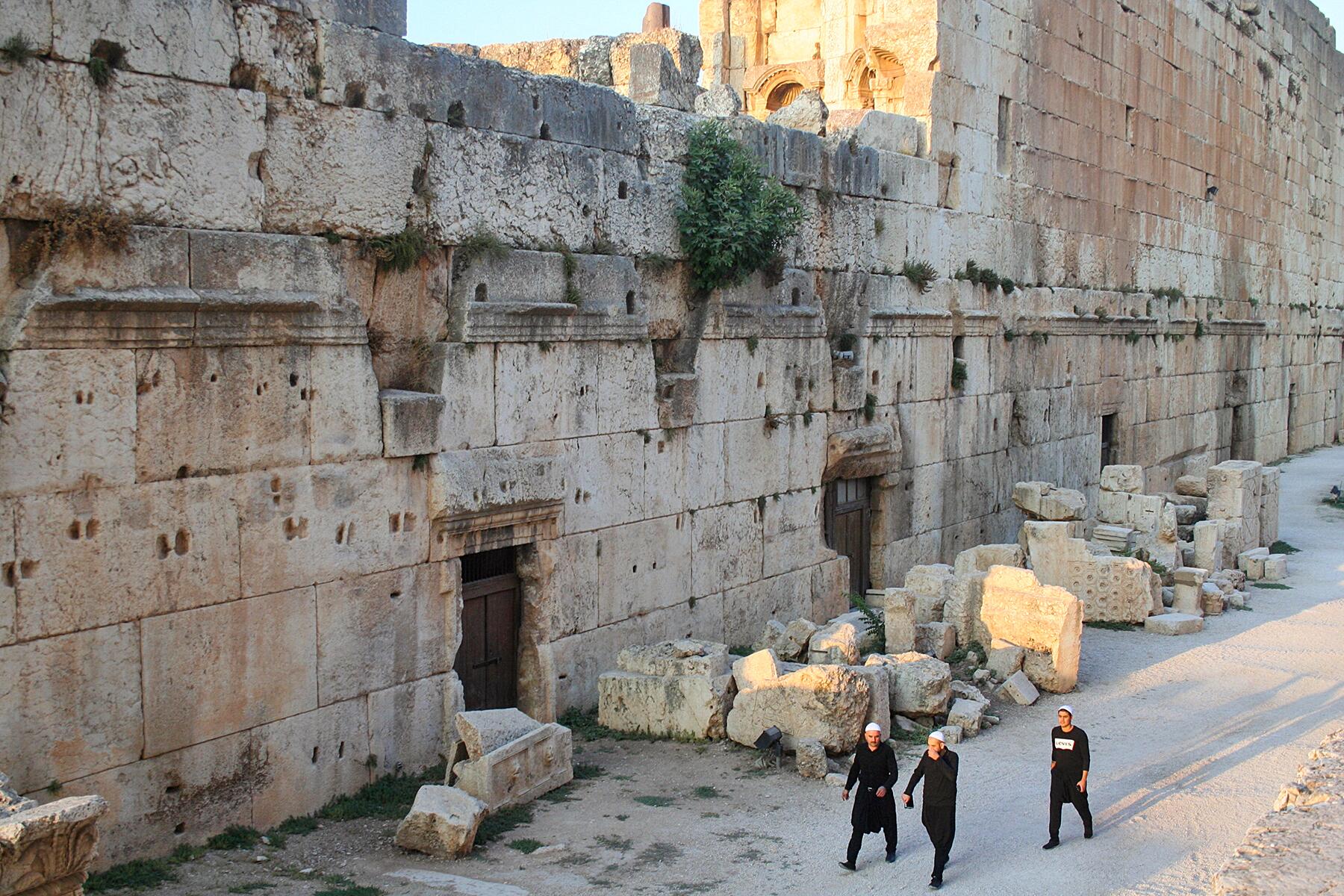 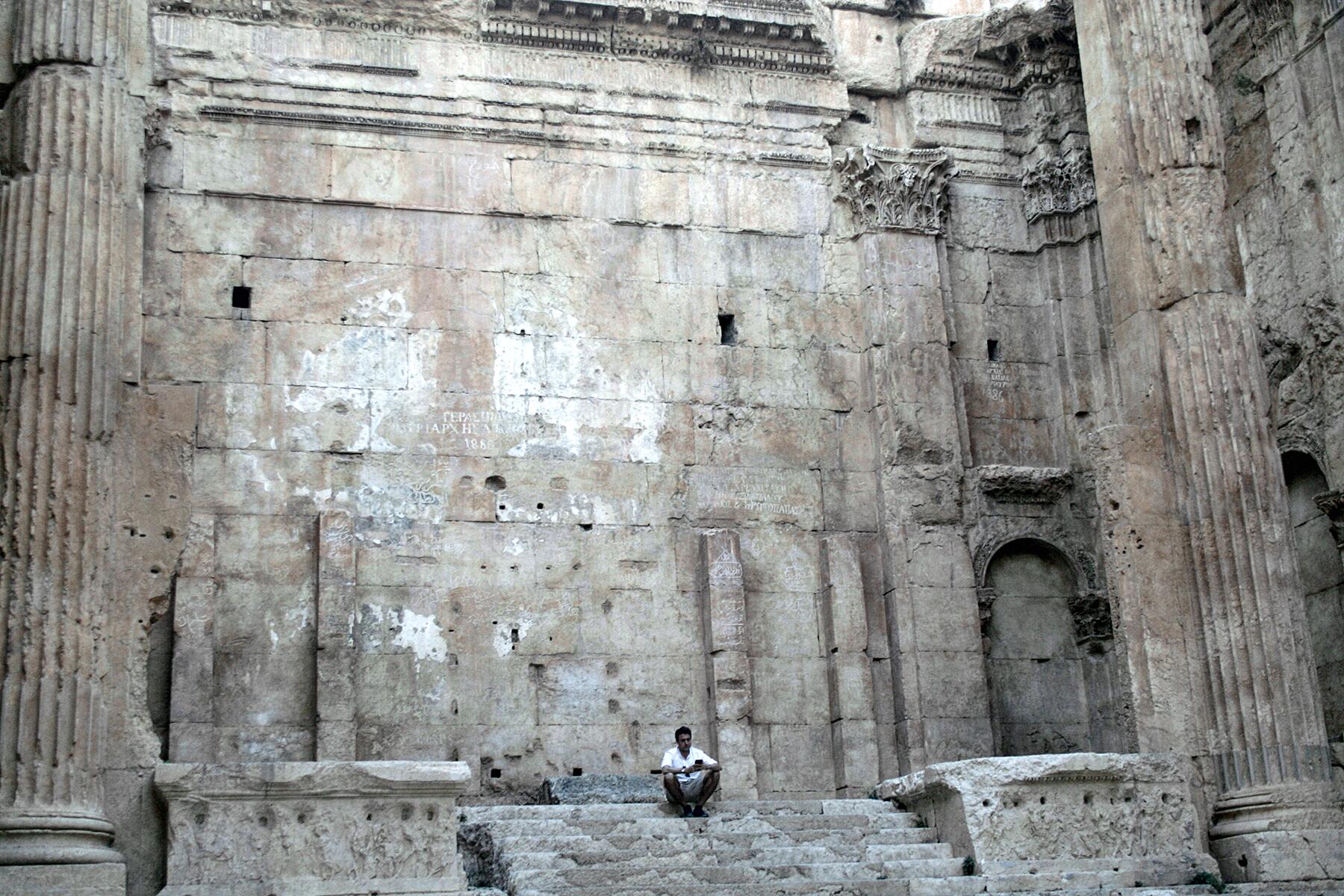 Indeed, the last German kaiser, Wilhelm II, a guest in 1898, sponsored a German-Ottoman excavation of Baalbek’s ruins opposite the hotel and became the first of a long procession of royal leaders to have stayed at The Palmyra while touring Lebanon and the Holy Land. Other royal visitors included Archduke Franz Ferdinand, King Abdullah I of Jordan, and the last Shah of Iran.

“Having spent eight nights of storm in tents,” wrote Prince Frederick of Prussia in the venue’s guestbook in 1883, “we found ourselves in paradise at Hotel Palmyra.”

“2024 will be 150 years of The Palmyra, 150 years of stories from travelers from all over the world, drawn by the promise of a certain energy that touches each in a different way. Our guestbook is witness to that.”

This regal legacy, in the form of a framed portrait of Kaiser Wilhelm in full regalia, is the first thing that greets you as you enter the lobby. It instantly encapsulates The Palmyra’s essence: a preserved relic of a bygone age when sovereign rulers synonymous with global history-changing events also found the time to stay at this now humble hotel.

“When you step inside The Palmyra, it’s like a journey into the past, into the beginning of last century,” says hotel co-owner Rima Husseini. “We’ve tried to make it more comfortable bit by bit, but at the same time keep this atmosphere. Nobody has the right to transform the hotel, as it contains the soul of so many different people.”

Compared to its glory years during the Victorian and Edwardian era, today’s Palmyra has the pervading character of a centuries-old edifice clinging onto its erstwhile glory while succumbing to the erosion of time: the paint on the walls slightly flaking, rugs and tapestries frayed at the edges, and antique mahogany furniture just about holding firm.

It’s what gives the place its singular character–like a battered 1950s guitar or vintage car, it’s more about timeless substance than modern style. The Palmyra is the antithesis of a contemporary chain hotel.

Following WW1, royal visitors gave way to cultural icons, in what was to become The Palmyra’s next illustrious period, with Albert Einstein visiting in 1926 and George Bernard-Shaw in 1931. But the pinnacle of The Palmyra’s cultural era arrived in the late ’50s and ’60s following 1956’s inaugural Baalbek International Festival, which was held amid the temple ruins opposite the hotel. It became a beacon for culture and tourism in Lebanon, drawing to Baalbek and The Palmyra some of the world’s greatest musical artists, including Nina Simone, Miles Davis, and Ella Fitzgerald. 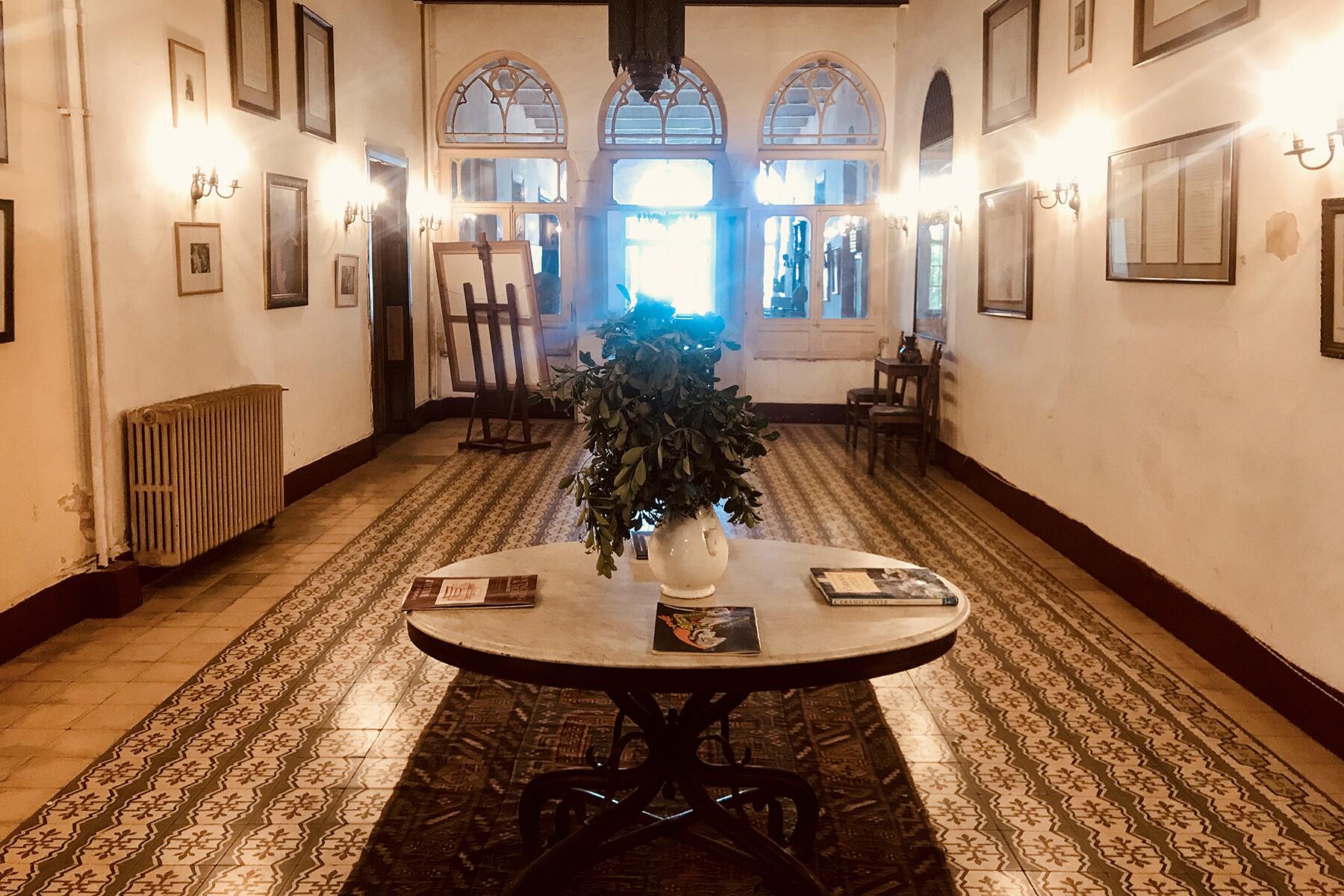 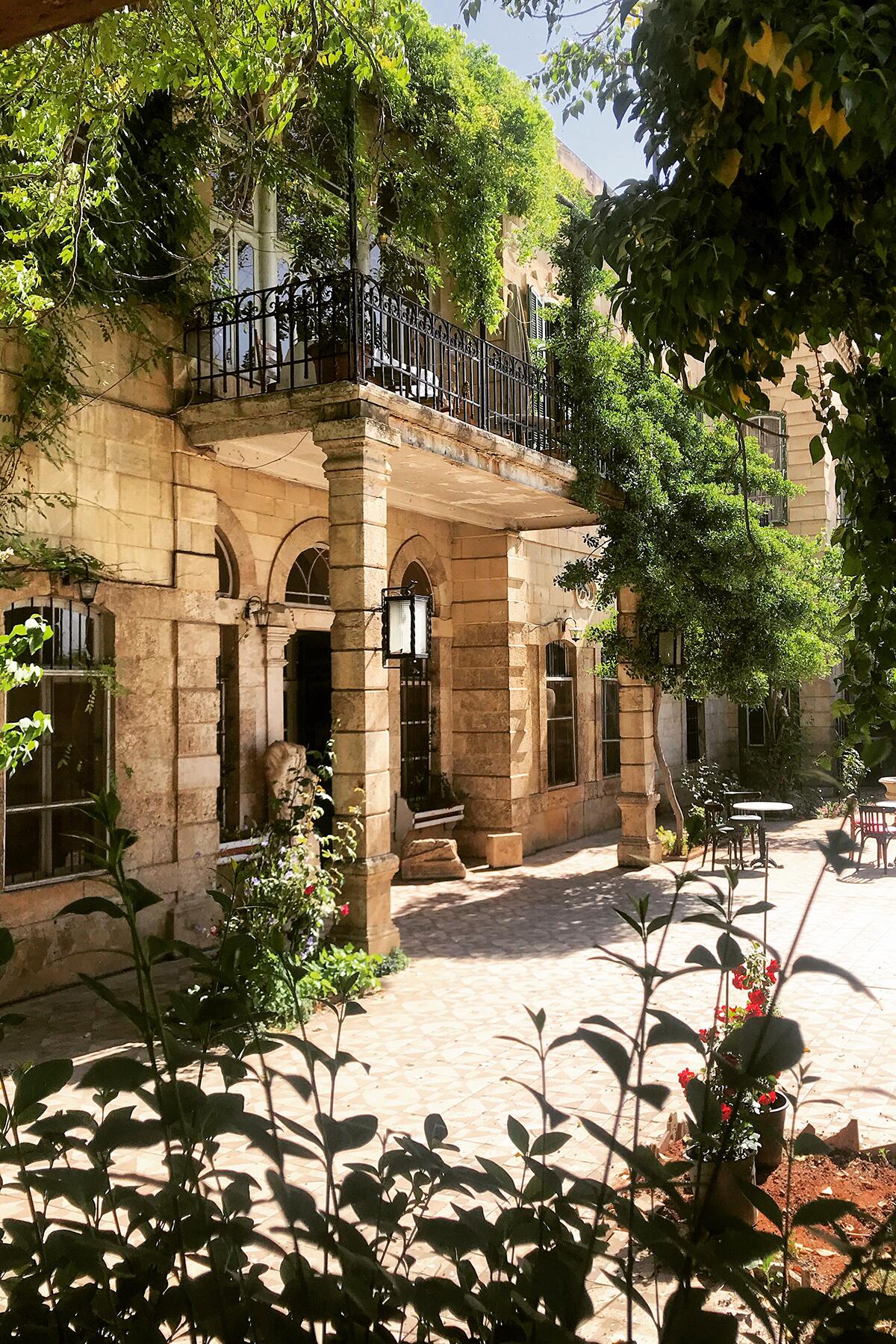 This was truly the hotel’s Golden Era, when it annually hosted lavish receptions for hundreds of guests, its rooms booked to capacity, the walls resounding with music and laughter. French artist Jean Cocteau, who stayed for a month in 1960, left several sketches that still hang throughout the building.

But then came the catastrophe which changed everything: the Lebanese Civil War. The war canceled the festivals for almost a quarter of a century (1975-97) and devastated the country’s tourist industry. The Palmyra lost all its guests, its then-owner eventually abandoning the place, which is when the current owners intervened.

“My husband Ali tried to convince [the previous owner] to stay and preserve this historical landmark,” recalls Rima. “In the end though, he took out a bank loan and bought it in 1985. It was more a preservation necessity than a business venture. The Palmyra is so intertwined with the history of Baalbek and its visitors, who have always commented on the temples–as if they and the hotel are inseparable.”

“We’ve tried to make it more comfortable bit by bit, but at the same time keep this atmosphere. Nobody has the right to transform the hotel, as it contains the soul of so many different people.”

In the years of the Roman Empire, Baalbek was known as Heliopolis (city of the sun), and it was here that colossal temples to a triad of gods–Venus, Bacchus, and Jupiter–were built, in an extravagant imperial project embodying Roman wealth and power. It remains today the most spectacular and best-preserved archaeological site, arguably in the whole of the Middle East, and one of the finest extant examples of Roman architecture at its apogee. But what makes a visit to the UNESCO-protected site even more unforgettable is the perennial lack of tourist crowds. Picture being able to wander around the Parthenon or Colosseum with no one else in the background of your photos.

Tragically, however, the national downturn triggered by the civil war was later deepened by the Syrian Civil War that commenced in 2011. Even though Baalbek is an hour’s drive from the Syrian border, guest numbers at The Palmyra dwindled to a dribble at the height of the conflict.

“We really felt the impact of the war,” reflects Rima. “At one point there were literally no visitors at all…The challenge was–and remains–never to close the hotel’s doors for even a day.”

While The Palmyra employed 60 staffers in its heyday, by the mid-2010s it was down to three veteran retainers who had remained since the ’50s–one of whom sadly died in 2019 after 65 years at the hotel.

What made his passing even more poignant was its occurrence during a long-belated upturn period for The Palmyra, following the widespread international relaxing of travel warnings for Baalbek. Visitor numbers had steadily regrown with the realization that Lebanon is one of the region’s safest countries to visit, reaching an all-time high in summer 2019, and giving Rima her best month ever that autumn. 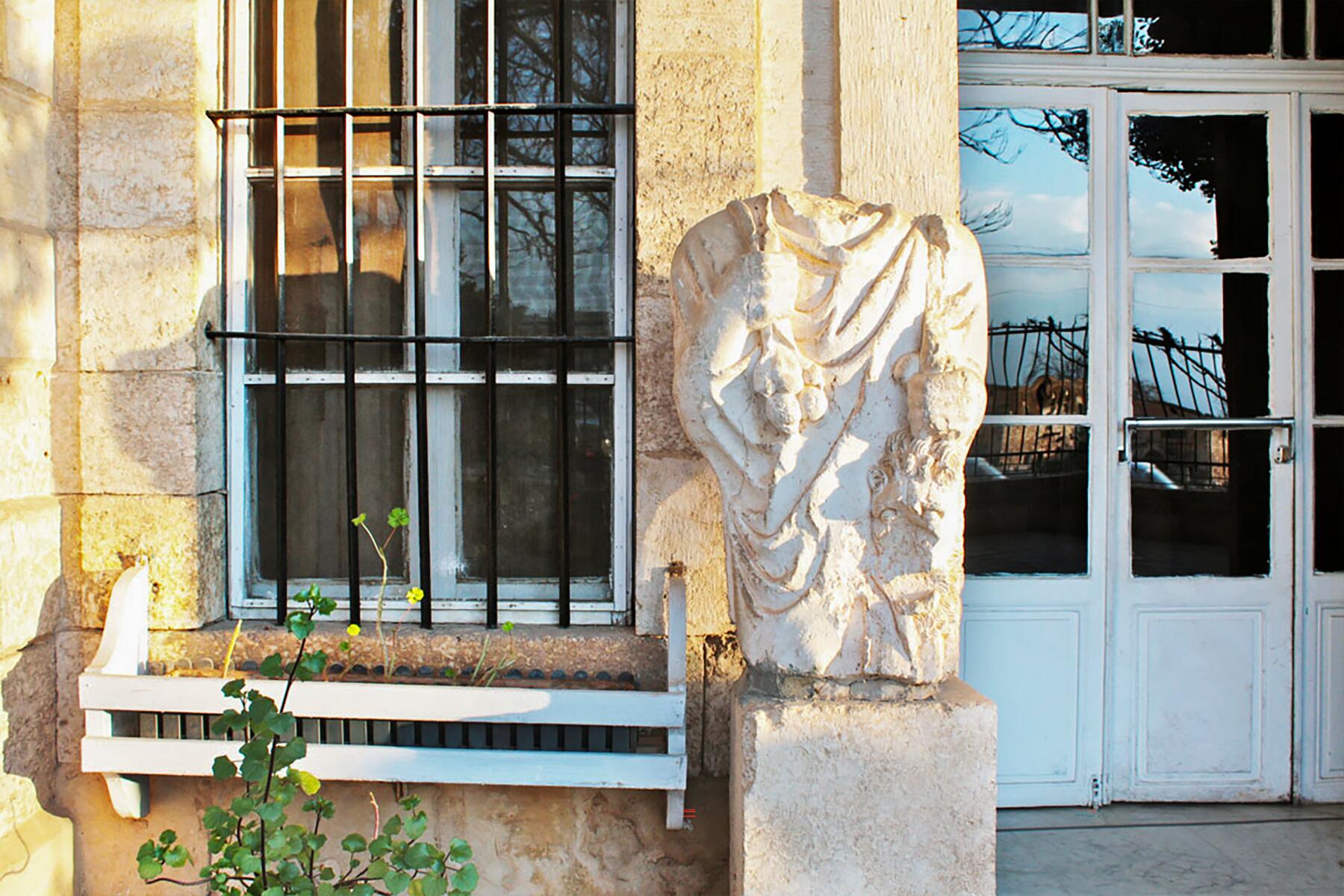 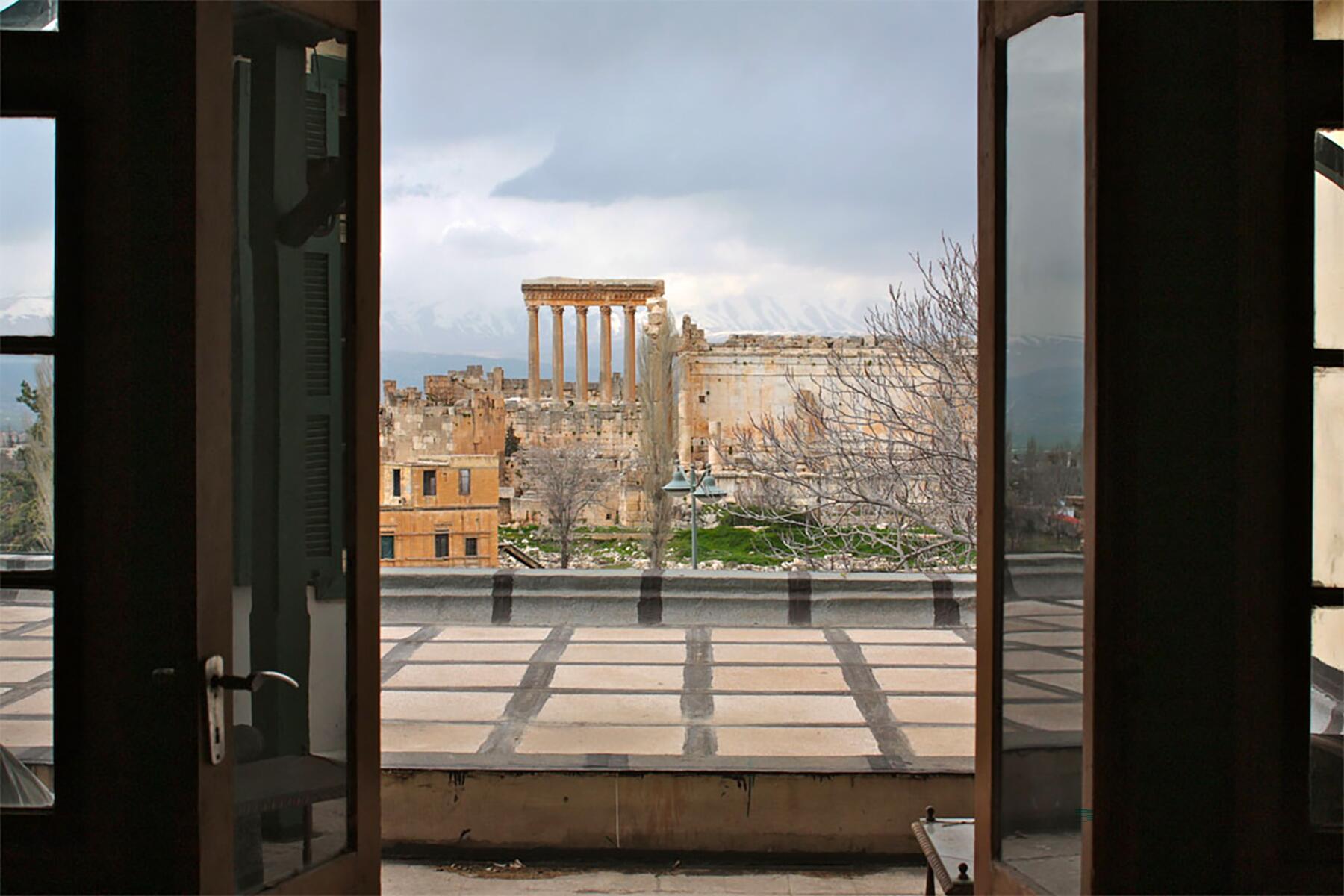 However, typical for the long-suffering hotel and Lebanon, this overdue rejuvenation was terminated by the COVID-19 pandemic, resulting in its toughest days yet. All but essential staff were laid off, sections of the hotel closed down, and heating is run only when necessary. Visitor numbers were obliterated once again.

“I know I need to keep positive, but times are really tough…with the whole world suffering from COVID-related consequences, whether socially or politically, we cannot complain. We are all facing the same challenges.”

Rima’s sense of duty extends beyond The Palmyra and into the wider community, where she helps fund food boxes to be distributed to the hardest-hit households, and also ran a free reproductive health clinic for local women until COVID forced its closure. Now all she can do is wait for the pandemic to finally release its grip, and for The Palmyra to rise once more.

“2024 will be 150 years of The Palmyra: 150 years of stories from travelers from all over the world, drawn by the promise of a certain energy that touches each in a different way. Our guestbook is witness to that.” Stored securely in a safe, the original guestbook, dating back to the 1800s, is the hotel’s crown jewel, its yellowed leaves filled with handwritten remarks from guests of centuries past, including the eminent likes of Einstein in 1926 and Franz Ferdinand in 1914, the year of his fateful assassination.

To keep those comments coming and the hotel’s doors open until its 150th birthday looks to be its biggest challenge yet, but one Rima won’t shirk.

“This is what The Palmyra is all about. It is truly timeless, and like the temples, will withstand even this test…We cannot close the door on history.”