This year was one for the books when it came to innovative hotel options. From farm-to-table spa treatments to doggie hotels, 2012 saw a redefinition of the hospitality industry in many areas. Here are some of the most intriguing hotel trends we spotted this year. 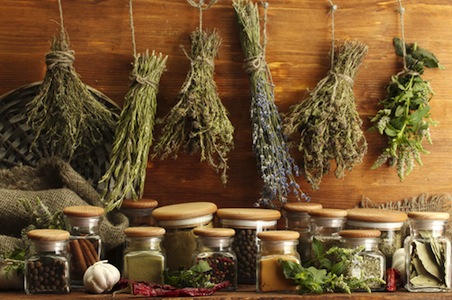 Chances are if you’ve dined out this year, you’ve encountered a denizen or two of the farm-to-table movement, those chefs and restaurateurs dedicated to cooking off the land—their land or their neighbor’s land, to be exact. Sourcing hyperlocal ingredients has now made the jump to the spa as hotels around the country are using that same philosophy with what they smear all over your body. In November, we featured hotels like the Montage Laguna Beach in California, which sources herbs and produce from its own Studio Garden (think lavender and lemons) for a variety of scrubs and facial treatments, and the St. Regis Aspen Resort, whose "farm-to-massage table" menu pairs body treatments with tasty treats. Here’s to a delicious, and exfoliating, 2013!

Call it glamping (glamorous camping), call it pop-up, but the temporary hotel craze hit its stride this year as Design Hotels unveiled the immensely popular Papaya Playa Project in Tulum, Mexico at the end of 2011. Casual, eco-friendly, short-term lodgings began popping up from Greece (Design Hotels again) to London, whose role as Olympics host made it a natural location for temporary hotels. The good news—with their growing popularity, pop-up hotels have begun to diversify, offering a range of options for those who seek a minimalistic, back-to-nature experience to the luxury traveler looking for upscale design elements. In 2013, look for pop-ups at festivals like Glastonbury and Tour of Wessex in the English countryside.

Earlier this year we wrote about D Pet Hotels, a luxury hotel for pets only, which expanded its original location in Hollywood to Arizona and New York City. With high-end amenities like a spa, personal trainers, and sports car chauffeur service, it was only the best for man’s best friend at D Pet Hotels. And they weren’t the only ones to offer luxe living; across the country hotels and spas for pets have been garnering attention for their four-pawed-only exclusivity and menu of high-end options. The question is, will 2013 bring a rash of penthouses for our houseplants?

Day-use hotel rooms have long been associated with extra-marital affairs and general grossness. But recently, luxury boutique hotels worldwide have begun offering discounted day-use rates to their clientele. In November, CNN’s Business Traveller reported on two London hotels in particular—the Beaufort and Town Hall Hotel—who saw increased revenue when they began their day-use policy. And now, guests can book a discounted day-rate at one of over 350 hotels around the world through dayuse-hotels.com, a Paris-based company which launched two years ago and has since expanded to nine countries. Granted, the site claims its usefulness for tourism, business, and pleasure, which it dubs "second life"…hmm.