In this week’s Hot List, we’ll let you know where to find authentic Peruvian ceviche in San Francisco and where to snack on stuzzichini in California Wine Country. Also, a selection of new reviews from Hong Kong, Miami, and New York City. 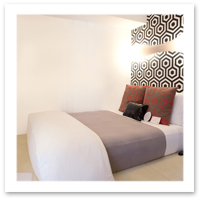 This casually chic restaurant, set right on the water’s edge, is divided into three areas: a lounge with a long ceviche bar where diners watch chefs put together their plates; the savvy Pisco Bar facing the Embarcadero, where mixologists make a dozen different cocktails based on Peru’s famed Pisco brandy; and a bright blue and whitewashed dining room overlooking an outdoor patio and the bay. The waiter starts you out with a pile of potato and plantain chips with three dipping sauces, but then you’re on your own, choosing from a long list of ceviches, causas (cubed potatoes topped with a choice of fish, shellfish, or vegetable salads), and everything from crisp, light deep-fried fish and shellfish, to soups and stews and rice dishes. The original La Mar is in Lima, Peru. San Francisco is the first stop in its campaign to open a string of cebicherias across the United States and Latin America. Pier 1½, between Washington and Jackson Sts., Embarcadero, 94111. 415/397-8880. AE, D, MC, V. Median entrée price: $20.

Angry hopper shrimp with white bean purée, and wood-grilled octopus with salsa verde highlight the eclectic antipasti menu at this rustic Yountville bistro, the latest from Food Network personality Michael Chiarello. Tucked away in Yountville’s swanky V Marketplace, the menu also features stuzzichini (bites to share), as well as modern takes on traditional main courses such as Zinfandel spaghetti with spicy rapini, and Dungeness crab with crab-saffron aïoli. Desserts, including an extra virgin olive oil cake with honey-roasted apple butter, are all made in-house. While the interior décor is refined (and mostly imported from Italy), tourists and Napa hipsters alike flock to outdoor Terrazzo, which looks out on a serene courtyard. Be sure to check out NapaStyle, Chiarello’s home furnishing store, located next door. 6525 Washington St., Yountville. 707/945-1050. www.botteganapavalley.com. AE, MC, V. Median entrée price: $26.

Don’t be fooled by the tiny ground-floor reception at this new boutique hotel: the first-floor lobby has a large café and is already bustling with guests, though it just opened in 2008. The Panorama is under the same ownership as Hotel LKF, and the guest rooms here have similarly modern designs though they are slightly more down-to-earth. About two-thirds of rooms face the harbor, while the others have views of the long, crowded, and neon-lit streets of Kowloon. Restaurant Santa Lucia, on the top floor, offers fancy international dining, but the neighborhood is full of local cheap eats as well. The MTR station is literally just round the corner. Pros: an injection of ultramodern in an old neighborhood; convenient to MTR. Cons: guests must pay to use a public gym in a nearby mall. 8A Hart Ave., Tsim Sha Tsui, Kowloon. 3550-0388. www.hotelpanorama.com.hk. 324 rooms, 12 suites, In-room: safe, refrigerator, Internet, Wi-Fi (some). In-hotel: 2 restaurants, room service, bar, laundry service, no-smoking rooms. AE, D, DC, MC, V. Rooms start at: HK$2,400.

Like its next door neighbor, the Fontainebleau, this grand 1950s hotel designed by Morris Lapidus just completed a head-to-toe renovation, with the addition of a new 21-story tower and huge pool complex. In the process, the Eden Roc doubled its room count and is now one of the biggest and sleekest hotels in the city. The landmark public areas have retained their grand elegance, including the monumental rosewood columns that surround the social lobby space, centered by an upscale bar. The room renovations have renewed the allure and perhaps returned the swagger of a stay at the Eden Roc to the heights it had reached after opening in the 1950s. For a glimpse of the old glamour, visit Harry’s Grille, which has murals of former guests, a veritable roll call of ’50s and ’60s stars. Pros: all-new rooms and facilities; great pools. Cons: not on South Beach. 4525 Collins Ave., Mid-Beach, Miami Beach, 33140. 305/531-0000 or 800/327-8337. www.edenrocresort.com. 631 rooms. In-room: safe, kitchen (some), refrigerator, Wi-Fi . In-hotel: 3 restaurants, room service, bars, pools, gym, spa, beachfront, parking (paid), no-smoking rooms. AE, D, DC, MC, V.