Coronavirus Esme Fox Spain Is Open to Vaccinated Tourists. So, What Can You Expect This Summer?
Home  >  News   >   Holiday Decorations Around the Globe

Holiday Decorations Around the Globe

Decorated evergreens? Twinkling lights? It must be the end of December. From special symbols to sparkling shopping areas, the Fodorites and Fodor’s editors share their favorite festive places in cities around the world. Some of our community members have photographed beautiful holiday images, too. Season’s Greetings!

Madrid
"The Christmas Lights are beautiful in Madrid. Every street was different!"
—parisinspring

Boston
"Each December the city of Halifax, NS sends a tree to Boston, MA to commemorate the assistance that city rendered following the Halifax explosion on 12/06/17. This tree has become Boston’s official Christmas tree and is lit on the Boston Common throughout the holiday season . . . yes, I love history!" —Facebook user Joyce 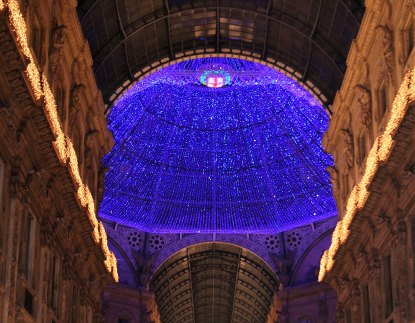 Milan
"Galleria Vittorio Emanuele at Christmas: The dramatic architecture of the Galleria is even more amazing when decorated for the holidays. Filled with tourists and holiday shoppers, the Galleria’s sparkling lights caught everyone’s attention." —McGretchy

Strasbourg
"I love the huge Christmas tree imported from Norway every year to Place Kléber in Strasbourg. Not only is it immense but the ornaments on it are magical. An added treat is one of the nearby pedestrian streets decorated for Christmas with huge Baccarat crystal chandeliers." —kerouac 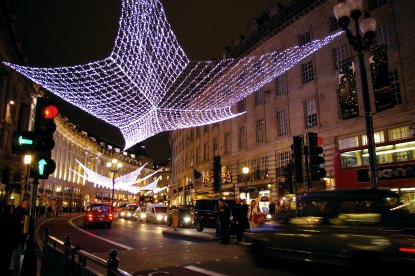 London
"Exploring London in December is like entering a scene from Love Actually. The Christmas spirit is everywhere: Regent Street is decked in garlands of lights, Harrod’s has an entire floor devoted to festive decorations and gifts, and cozy pubs offer a merry escape from the cold. " —Fodor’s Editor Jess_M

Rome
"My first non-school trip to Rome was in January of 2002. Christmas decorations were still on display in some Roman venues, including Vatican City. The nativity scene in St. Peter’s Square was gorgeous, and behind it were 3 Christmas trees, still sporting tinsel and lights. It was so beautiful and so memorable!" —bookchick 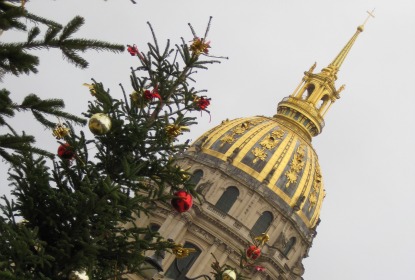 Paris
"Paris decorates itself for Christmas throughout the city. I found this scene in front of the Dome Church and Napoleon’s Tomb."—Deborah Jones

New York City
"Rock Center – hands down [is my favorite Christmas tree]. And it’s the crowds that make it special – not just locals and their kids but tourists from all over the world." —nytraveler 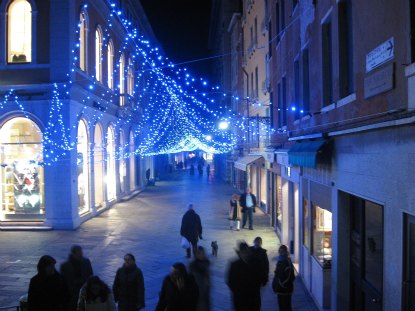 Venice
"The beauty of Christmas is evident in Venice" —BazzaK