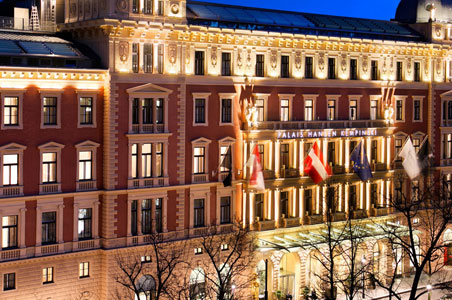 Though it opened for the 1873 World Exhibition, Palais Hansen in Vienna, Austria, never evolved into a hotel after the exhibition closed. 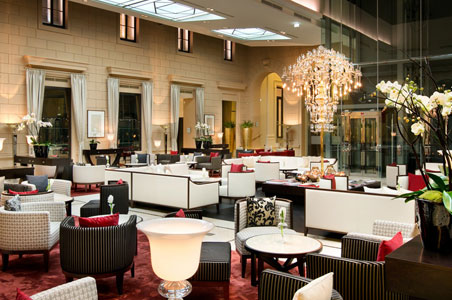 After two and a half years of meticulous restoration, Kempinski Hotels unveiled Palais Hansen Kempinski Vienna last month by hosting a grand-opening gala that attracted 700 guests. Among the highlights are a cigar lounge, a spa, and two restaurants. Within a short walk are the Sigmund Freud Museum, the Burgtheater, and St. Stephen’s Cathedral, as well as jogging trails along the Donaukanal. 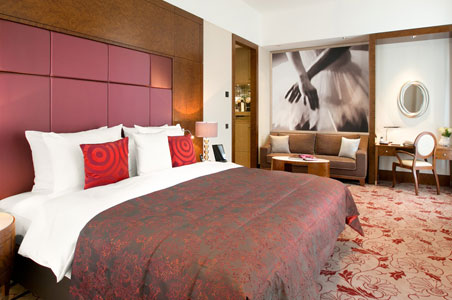 Room rates start at $340 for a double room with breakfast and for two guests.

Vienna architect Boris Podrecca went to town on the original seven-story structure designed by Theophil Edvard von Hansen and Heinrich Förster, also working with designer Jean-Claude Laville. Modern touches that bring the building into contemporary times include check-in via iPad as well as an iPad in each of the 152 rooms for guests’ use.

At Kempinski The Spa, guests can be pampered in its 8,600 square feet via seasonally inspired treatments (plus a steam room, several saunas, a fitness center, and hydro-pool), and there is also a floral boutique and a full-service delicatessen in the hotel. There are two restaurants—Die Kuche ("the kitchen"), offering breakfast and dinner based on "grandmothers recipes" along with two cooking stations in a relaxed environment; and Edvard, where local produce drives globally inspired dishes for lunch or dinner. Afternoon tea, a staple in Vienna, is served in the Lobby Lounge & Bar and at night Henri Lou opens up, serving cocktails and flutes of Champagne in a chic blue-and-white atmosphere. On Thursday, Friday, and Saturday nights, Henri Lou is filled with music that’s courtesy of internationally renowned DJs from Austria and abroad.