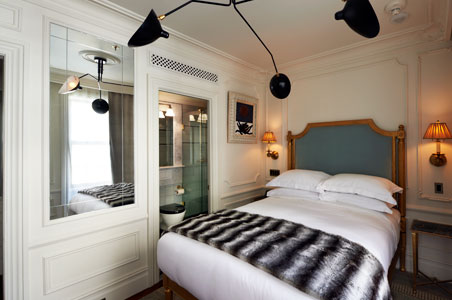 Earlier this fall, The Marlton Hotel opened its doors, tucked into the bohemian-chic Greenwich Village along West 8th Street in New York City.

The 107-room property—from hotelier Sean MacPherson, of BD Hotels, who also brought us The Bowery Hotel and the Jane Hotel, both in New York City’s Lower East Side—carries a history as an enclave for Beat Generation writers to hole up and work on literary masterpieces. Jack Kerouac wrote two novellas ("The Subterraneans" and "Tristessa") here and Neal Cassady, another Beat poet, wrote his prose from inside the building too. Another claim to fame is that Andy Warhol’s assassin, Valerie Solanas, lived in what was at that time the historic Marlton House. 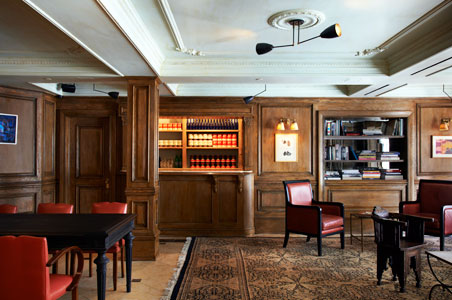 In 2010 BD Hotels bought Marlton House—then used as a dorm for The New School—and began to transform it into a hip hotel, but without compromising its legendary design. Mimicking boutique hotels in Paris, there are plenty of nods to the New York City that existed during the middle of last century, such as original herringbone-wood floors, chicken-wire closet doors, intricate crown molding, marble bathrooms, and brass fixtures. Also in the nine-story hotel are two penthouse suites with attached terraces and a 98-seat restaurant (Café Marlton) on the ground level serving breakfast, lunch, and dinner, relying upon locally grown foods and borrowing influence from Parisian cafes. A skylight terrace and coffee bar are also folded into the restaurant’s décor for a cozy home-away-from-home vibe whether it’s an order for a buttery, flaky pastry or a cutting-edge cocktail.

Rates at the hotel, which is just off Washington Square Park, start at an affordable (for NYC) $275 per night. Also nearby: Portland, Oregon-based Stumptown Coffee Roasters’ second New York City café, open only since May.