Right on the heels of the Golden Globes, Hollywood’s A-list is about to head east (slightly) to the snow-covered and historic Park City, to make the rounds at the Sundance Film Festival from January 17-27. The city will host stars like Joseph Gordon-Levitt, Ed Burns, Rooney Mara, Jessica Biel, Daniel Radcliffe, and dozens of other celebs you’d actually want to see in public. In addition to being ground zero for 115 film screenings (including Jobs, starring Ashton Kutcher as the late Apple visionary, and Before Midnight, the third installment of Richard Linklater’s Ethan Hawke-Julie Delpy saga), Park City becomes a playground for daytime schmoozing and nighttime partying all over town. Here’s where you should be seen… 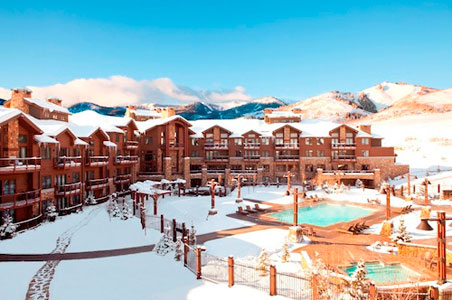 Hot Host Hotel: The Official Hotel of the 2013 Sundance Film Festival is The Waldorf Astoria Park City, a hyper-luxe property that opened four years ago. The 175-room Waldorf, which will also be the home of Extra! during the festival, features custom-designed furniture and fireplaces in its elegant, neutral-hued rooms and suites and a 16,000-square-foot Golden Door Spa. The Waldorf also hosts a party in conjunction with Canyons Resort that has included live music from the likes of Jason Mraz and Guster in years past. 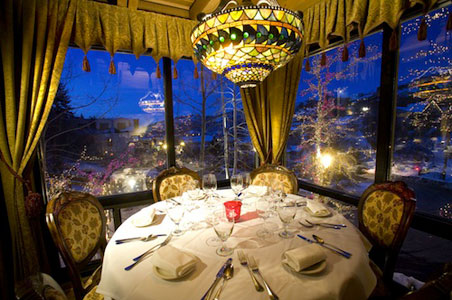 See-and-be-Seen Restaurant: Be sure, at some point during the fest, to reserve a table at Grappa Italian Restaurant, one of the seven award-winning upscale eateries by Bill White Restaurant Group in Park City. Located on three levels of an atmospheric restored hotel on charming Main St., Grappa serves Northern Italian cuisine (dishes include spinach and goat cheese gnocchi, lamb pappardelle, and Grappa’s osso bucco) amid retro rustic-chic decor. 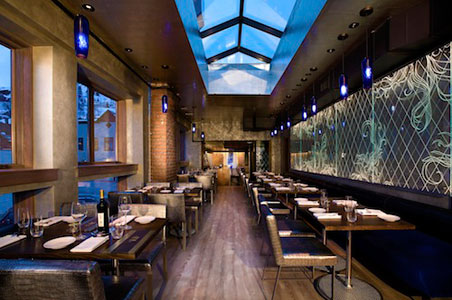 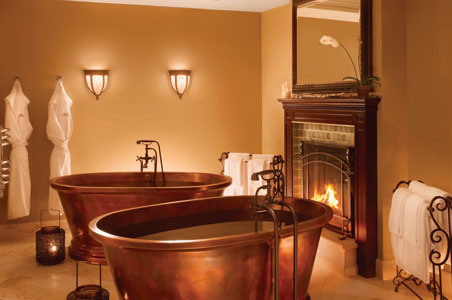 Sundance’s Favorite Spa: When the rich and famous want to be pampered in private, they head to Spa Montage Deer Valley—primarily because the largest spa in Utah is home to a 1,300-square-foot Serenity Suite overlooking Deer Valley Resort and featuring fireside soaking tubs, a massage room, and private balcony. A-listers and film buffs descending on Park City this month can choose between treatments like the 90-minute Earthly Matters (herbal clay wrap and massage) and Elevation (mineralizing bath, invigorating bath, and rhythmic massage) before nibbling on healthy spa cuisine while relaxing beside the stunning mosaic pool between screenings. It is also home to the Kim Vö Salon, one of just four salons the celebrity stylist operates (the others are in Beverly Hills, Las Vegas, and Laguna Beach). 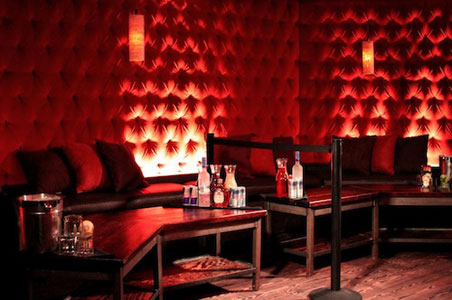 Meet Me Downstairs: The first celebrity-owned nightclub in Utah, Downstairs is the brainchild of "That 70s Show" alum Danny Masterson, who opened his star-studded lounge in 2009. Located below Park City’s Main St. and offering a New York or L.A. club vibe—it has hosted a series of famous DJs and performers like Samantha Ronson, Talib Kwali, and Paul Oakenfeld—and is a top spot for after-hours Sundance fun. Hip-hop star Lil John and singer Kate Voegele are two of the headliners set to performer here during Sundance 2013.

Another tip: When you’re not dining or dancing, try to squeeze in a few films, like these biopics, literary adaptations, and dramas and documentaries.