News Apeksha Bhateja It's a Tie: The 2 Most Annoying Airline Passenger Behaviors of 2022
NewsHawaiian Airlines to Fly Direct to New Zealand 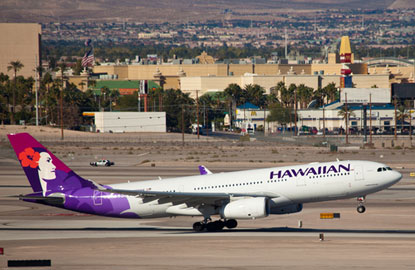 Hawaiian Airlines has continued its rapid growth pace by announcing that it will begin flying from Honolulu to Auckland, New Zealand three days a week beginning March 13, 2013. The flight will be operated by the airline’s 767-300 aircraft which have 18 business class seats and around 246 in the back of the bus.

Why is this so important? New Zealand hasn’t seen service from a US carrier since United ended its flights from the US several years ago. And this year’s decision by Qantas to stop flying from Los Angeles to Auckland meant that Air New Zealand was the only airline flying between the US and New Zealand. United had announced plans to introduce a route from Houston to Auckland, but it was canceled before it even went on sale.

The Honolulu to Auckland route is currently flown three times a week by Air New Zealand, but it’s a far cry from the airline’s frequency on the route in previous years. The improvement in range of aircraft meant that Air New Zealand was able to eliminate many of its required Hawaii stops and now flies there primarily to bring Kiwis to the beach and back.

It is likely that Hawaiian’s flights will be afternoon departures from Honolulu with an overnight return. That is the opposite of what Air New Zealand operates so it will provide good options. It will also allow travelers to connect to and from the west coast of the US, making for some single stop itineraries like Sacramento to Auckland, which may not have much competition today.

This is just the latest move by Hawaiian to greatly expand its reach. Once primarily a Pacific island and west coast airline, Hawaiian now flies to Manila, Tokyo, Sapporo, Osaka, Fukuoka, and Seoul in Asia. It also flies to Sydney and they recently announced flights in and out of Brisbane. It has begun overflying the west coast as well with new flights this year to New York’s JFK. And with more aircraft deliveries on the way, this won’t be the last expansion announcement we hear from them.