Halloween gets bigger every year—and along with it, the freak-out factor, with ever-scarier haunted houses and eerie attractions designed to attract the bravest of thrill-seekers. But fear not: There are plenty of family-friendly happenings to pick from as well, which tone down the terror without sacrificing the fun. Check out these just-spooky-enough Halloween festivals, attractions, and events sure to thrill boys and ghouls of all ages. 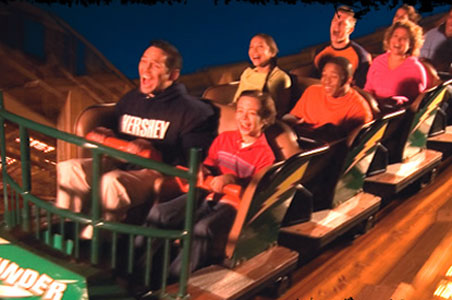 A few years ago, Hersheypark tried its hand at a super-scary Halloween attraction, with psycho scarecrows skulking around creepy cornfields—but the crowds never came. These days, the park, as well as other attractions in the town of Hershey, is sticking to what it does best: family-friendly fun that leans more toward sweet than spooky. At Hersheypark in the Dark, hop on one of 10 "ghoster coasters" and explore the rest of the festively decorated park, or grab a flashlight in search of more than 200 native North American animals in their nighttime habitats at nearby ZooAmerica’s "Creatures in the Dark." Hershey Gardens, meanwhile, will hosts its Pumpkin Glow on Oct. 19 and 20, with kids 12 and under invited to bring come in costume to trick-or-treat throughout the gardens glowing with 150 jack-o-lanterns. 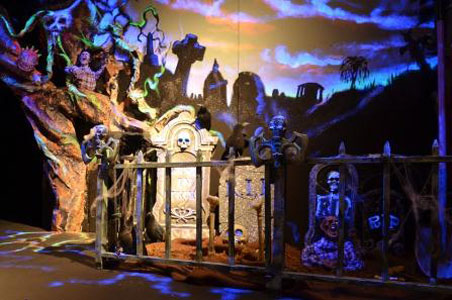 In recent years, amusement parks across the country have been trying to out-do each another with ever-scarier effects and characters (and ever-higher entry fees). But every year since 1963, the Indianapolis Children’s Museum has put together a terrifically creative and creepy haunted house with both scary and not-so-scary versions. Even better, it’s all done by volunteers as a museum fundraiser and costs just $7 for nonmembers (free for children under 2), a price tag that certainly won’t cause chills for Mom and Dad. This year’s theme is a Wicked Workshop, with 15 different stations like the Broom Room, Gory Greenhouse, and the Bone Zone. The attraction features two versions: one during daylight hours for tamer tykes, with friendly witches as escorts, and the other after dark, with the fear factor ratcheted up. Other events include live bat demonstrations and a Friendly Feast with the Witches. 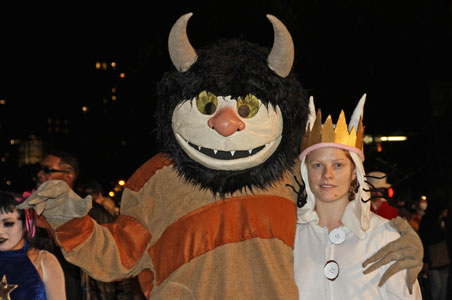 Get into the Halloween spirit in the Big Apple with nearly 2 million other revelers at this annual bash, which features about 50,000 participants and bills itself as "the nation’s largest public Halloween celebration." The theme for this year is the Mayan calendar, which marks the end of a 5,125-year cycle this December 21, so plan for lots of skeletons and bright flowers (though many costumes don’t stick to the theme). The parade starts at 7 pm on Oct. 31 and runs from Spring Street to 16th Street, along Sixth Avenue; anyone wearing a costume is allowed to join. Participating is probably too hectic for the littlest ones, but spectating is always a thrill for the whole family. 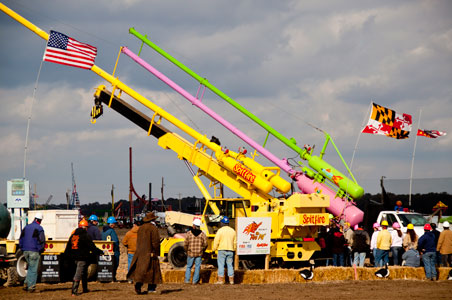 The perfect antidote to the post-Halloween sugar crash, the World Championship Punkin Chunkin festival, which runs from Nov. 2-4, has steadily grown since it was started in 1986. Nowadays, thousands of wide-eyed spectators, many decked out in pumpkin-centric costumes, watch carefully engineered machines fling 8- to 10-pound orange gourds dizzying distances—last year’s winner in the air cannon division rocketed for more than 4,329 feet. Admission is $10 per adult (parking included), and a portion of proceeds go toward charities and scholarships. 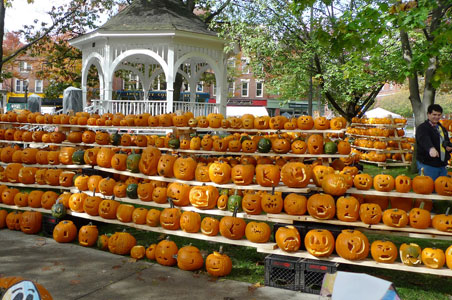 It may be tricky getting the kids to eat their squash, but they’re almost guaranteed to go gaga over this gourd extravaganza, which transforms the quaint New England town of Keene into a festive pumpkin party. Held on October 20 this year, the event earned a Guinness World Record in 2003 for the most lit jack-o-lanterns, but the star of the show is always the magnificent pumpkin tower that rivals the town’s pristine church. The festival is about participation as much as observation: Visitors are required to bring a carved pumpkin (along with a recommended $5 entry fee) to add to the display. 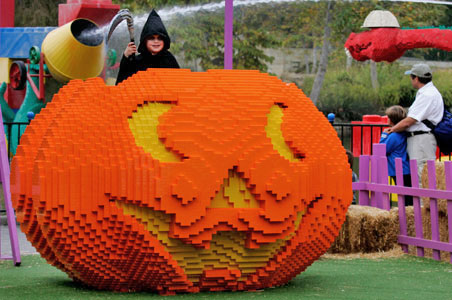 Here’s a Halloween tradition that Lego-loving youngsters will be thrilled about building: a not-too-spooky celebration that includes trick-or-treating at seven Lego-themed stations (with both candy and healthy snacks offered), zany characters like Count Brickula and the Boo Crew roaming around, and of course, legions of Halloween-themed Lego creations. Head to Legoland Florida or California to join the fun. Kiddos can also jump into a scavenger hunt and, on Saturday nights, show off their best moves at a dance party. Finally, three themed costume contests—pirate, creative, and Lego—come with a pretty impressive prize: four membership passes to the park.