Into the Outback at Uluru, Australia 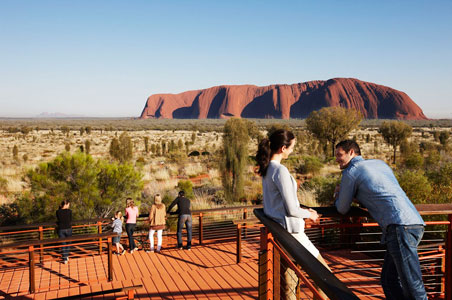 Remote, rugged, and cross-culturally revered, Uluru (aka Ayers Rock) is a place of intrigue, steeped in ancient Aboriginal mysticism and a stark-yet-stunning desert setting. Granted, getting to this giant geological monolith requires extra effort—it’s located in the inner reaches of Australia’s legendary Outback, at the continent’s physical, ancestral, and spiritual heartland—but once you’ve touched down on the crimson-colored desert of Northern Australia’s Red Centre, it’s all reward. After all, apart from perhaps the Sydney Opera House or the Great Barrier Reef, there is no more iconic Australian sight.

Tucked into the boundaries of the UNESCO World Heritage-listed Uluru-Kata Tjuta National Park, the massive sheer sandstone rock that is Uluru comes pocked by caves, watering holes, and fading Aboriginal rock art. Somewhat less celebrated, but equally impressive, are the three dozen red rock formations huddled at nearby Kata Tjuta (aka The Olgas), about 30 miles away. For guaranteed goose bumps, ogle the dual glowing geological sites at sunrise or sunset, when they’re each set aglow in dramatically vivid pink and red hues.

The surrounding red desert landscapes provide haven to rare plants and a stock of unusual wildlife that thrive in the Outback, with roaming feral camels, dingoes, kangaroos, wallabies, snakes, lizards, and more than 150 bird species. 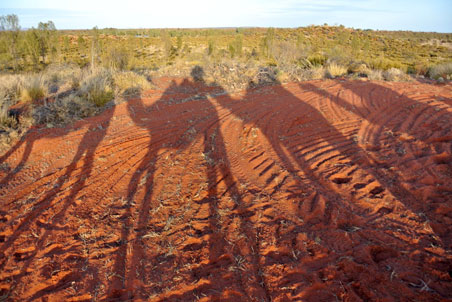 The park ground itself is situated on Anangu Aboriginal land, and is jointly managed by the Anangu and the Australian government. The Anangu, a modern-day branch of the world’s oldest living culture, revere Uluru and Kata Tjuta as sacred, tying the two sites to their creation period stories and ancestral spiritual ceremonies. As such, certain culturally significant areas are closed off to tourists, and it’s requested that visitors refrain from climbing Uluru, both for safety reasons and out of respect to its longstanding ceremonial purposes.

There are plenty of excellent alternatives for encountering the awe-inspiring formations, including several designated viewing platforms and hiking trails, like Kata Tjuta’s take-your-breath-away, 3.4-mile Valley of the Winds hike to Karingana Lookout, which winds through valleys and creek beds in the shadows of the looming red-rock domes. 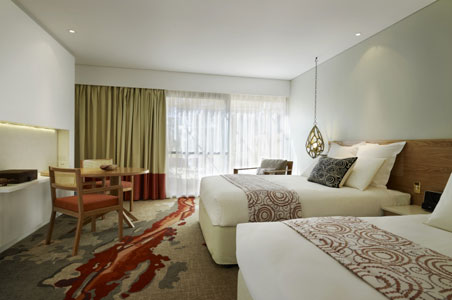 Travelers planning a trip to Uluru will undoubtedly hone in on the region’s well-run tourist epicenter at Ayers Rock Resort (managed by Voyages Indigenous Tourism Australia). Affording the sole visitors’ facilities in the vicinity, with a slate of accommodations and eateries for any sized pocketbook, the resort has recently sweetened the pot with these new complimentary programs, designed to engage guests with the local Aboriginal community and culture. The indigenous-guided daily activities includes spear and boomerang throwing lessons, interactive didgeridoo and dance performances, guided garden walks through native flora, and more. Intent on maintaining strong indigenous involvement with the property, the resort employs about 170 Aboriginal employees, with plans to up its workforce to 50-percent indigenous in the next five years.

They can also help organize heaps of specialized excursions like Desert Awakenings, 4WD tours to a secluded sand dune for sunrise over Uluru and Kata Tjuta, followed by a short guided base walk of Uluru, and a visit to the cultural center. Or, check out the sites by hopping aboard a helicopter, on the back of a Harley, or atop a camel through the desert dunes. There are also some dozen dining experiences to book, like the Pioneer BBQ with live entertainment, DIY barbecue, and draft beers, as well as five pools to dip into, two tennis courts, a spa, and more. 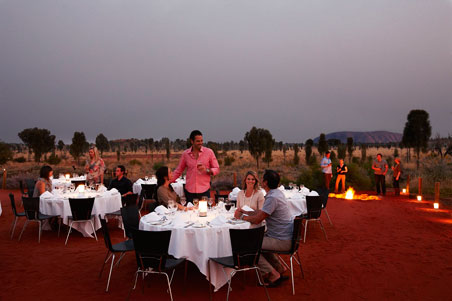 Or, spring for the Sounds of Silence dining experience. The evening is spent outdoors on a panoramic perch from which you can gaze at Uluru. It starts with sparkling wine and canapés, accompanied by a didgeridoo player, followed by a barbecue buffet with Australian specialties like barramundi, kangaroo, and crocodile. It’s all washed down with Australian beer and wine. The evening wraps up with guided stargazing to further illuminate the expansive southern night sky.

The resort’s half-dozen lodging and campground options run the gamut from backpacker-budget camp sites to deep-pocket digs like the ultra-luxury "glamping" tents at Longitude 131°. For Fodorites, the premium Sails in the Desert is a perfect fit. Named for the sail-like structures along its roof, the recently renovated 231-room hotel features a contemporary design scheme that borrows from nature and the arts of the Anangu.

We recommend planning for a two or three day stay. Be prepared for extreme desert weather (summer days can be unmerciful scorchers). Access to Ayers Rock Airport is via 3-hour flights from Sydney, Perth, and Cairns, or one-hour from Alice Springs (the nearest major town, it’s a 4.5-hour drive away); the resort offers complimentary airport shuttle service. Remote and lacking in competition, expect flights, lodging, meals, etc., to carry expense accordingly; rates at Sails in the Desert start at $320/night.