News Apeksha Bhateja What Are the Chances You'll Get Monkeypox at a Hotel?
NewsGuide to the Off-Season in 4 Resort Towns

Guide to the Off-Season in 4 Resort Towns

In many favorite summer destinations, July and August is the peak of peak season with everything (hotels, museums, restaurants, beaches) at top capacity and costing the most they will all year. And while it’s easy to say "go off-season to find a better deal," the biggest question is… Will it still be as fun and warm as when the crowds go? Most of the time, the answer is yes. The lines of people are gone, the prices have lowered, and you’re there soaking it all in. We put together easy off-season guides to 4 resort destinations: 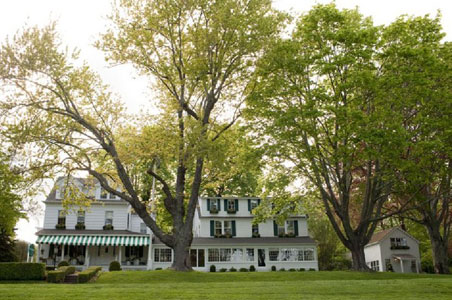 Why Go Later: Hamptons’ locals often say that September is the area’s best month, when the masses stay in Manhattan and the beaches aren’t packed. The entire fall season, in fact, is a reminder of the area’s rich agriculture, with farmstands filled with locally-grown apples, squash, and pumpkins and, around Halloween, corn mazes along the highway for the kids.

Don’t Miss: The annual Hamptons Film Festival, which is being held in East Hampton October 10 through 14, screens world-class (and, often, Oscar-worthy) films, often with appearances by their A-list stars. A few days earlier, on October 6 and 7, in nearby (and trendy) Montauk, the local Chamber of Commerce holds a charming and fun fall festival, complete with a clam chowder contest (in both red Manhattan style and creamy New England versions) and fireworks on the beach.

Where to Stay: C/O The Maidstone is a sleek design hotel that looks more like something you’d find in a stylish European city than a beach town, with Scandinavian furnishings thanks to its Swedish owners. Even deep into the fall you can enjoy their plush amenities inside (instead of out in the sun), like their huge fireplace in the lobby and a lavish afternoon tea. 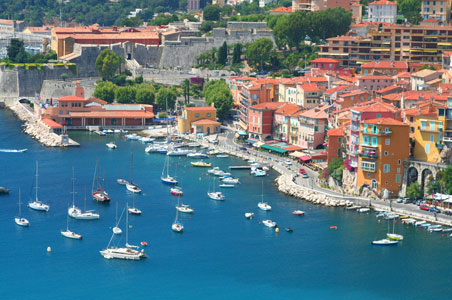 Why Go Later: The Cote D’Azur is all about glamorous sun-drenched beaches, but during the summer, when temperatures are regularly above 90 degrees and it’s quite humid, it can be oppressively hot and muggy. Many of the area’s other pleasures—museums dedicated to artists like Picasso and Cocteau, fabulous French restaurants with local specialties, plenty of chic shops—are easier to enjoy in, say, September when it’s cool enough to stroll outside but still warm enough to wear a t-shirt and, indeed, enjoy the beaches, too.

Not to Miss: Each September, Cannes hosts a large regatta, with glitzy ships filling its waterfront. (This year it will be held September 21 through 28.) A month later, on October 25th-28, St Tropez is taken over by a dream weekend for shopaholics: Broderie, during which the town’s many stylish stores put everything on sale for the weekend.

Where to Stay: Hotel Majestic Barriere is one of several grand hotels on the famed Croissette. But this one arguably has the best location: it’s beachfront, an easy stroll from Cannes’ quaint Old Port area, and across the street from the red carpets of the Palais des Congres, the headquarters of the Cannes Film Festival. In early fall, the weather’s just right for a breakfast of croissants and chocolat chaud outdoors at Fouquet’s. 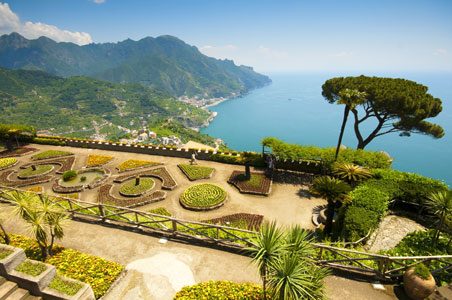 Why Go Later: Amalfi Coast is a place that feels wonderfully traditional, almost like a glamorous 1950’s destination kept in a time capsule. Until, that is, you see the onslaught of tourist buses swirling through the windy roads. Off season, of course, those cumbersome vehicles aren’t anywhere near as prevalent. Restaurants and hotels start to close for the quieter season, but not until the end of October, so you’ll also have an easier time dining and imbibing well.

Not to Miss: In autumn there are loads of somewhat quirky but authentic food festivals in the Amalfi region celebrating everything from beans and tripe (in Agerold) to chestnuts (in Scala) to prickly pears (in Furore.) The town of Maiori also hosts the Rosselini Film Festival each October.

Where to Stay: Hotel Santa Caterina is a majestic family-run villa just outside the village of Amalfi, which means it’s centrally located to explore the areas many towns, like Positano and Ravello. Of course, since it’s nestled on the Mediterranean, it’s also tempting just to stay and enjoy a lunch of homemade gnocchetti di patate con broccoli and cozze (potato pasta with local broccoli and mussels) at its Restaurant Al Mare, right on the beach and open through October. 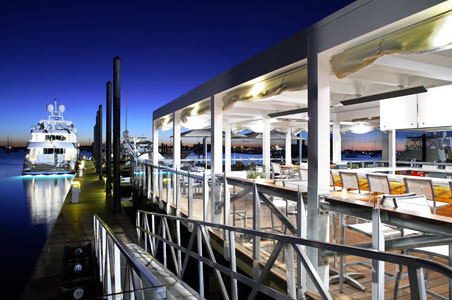 Why Go Later: Popular in the summertime with locals and travelers from across the country, Newport is an ideal place to experience a quintessentially New England fall—brisk at night but beautiful and bright in the daytime, with the leaves slowly beginning to change in vivid colors.

Not to Miss: In mid-September, Newport hosts one of the country’s biggest annual boat shows, walking distance from town. On October 19th and 20th, the Bowen’s Wharf Seafood Fest (held on October 19th and 20th this year) is a must for fish lovers, particularly for local shellfish. (And if you’re hungry for more, Newport’s Restaurant Week is November 1-10.)

Where to Stay: Forty 1 North is an upscale boutique hotel that serves as a welcoming home-base to explore the area, with its quaint town, beautiful waterfront, and, of course, grand mansions. For a cozy early-fall evening in, all rooms have fireplaces and a library of books, plus modern comforts like LED flat screen TVs and iPads.