News Apeksha Bhateja Europe's Airports Are Chaos This Summer. And Now There's Another Problem
Home  >  News   >   Guide to the 13 States to Get Gay Married

Guide to the 13 States to Get Gay Married

June 26 served as a historic day for the LGBT community. Cheers roared from coast to coast when the Supreme Court ruled that the federal same-sex marriage ban was unconstitutional,. There are currently 10 states (and Washington DC) that acknowledge gay marriage, with an additional two states to become legal as of August 1. For the LGBT couple that wants to tie the knot, we’ve got the gay scene covered in the 13 places where same-sex couples can break out the champers and say "I do." 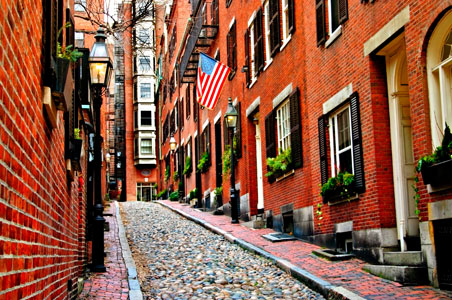 Massachusetts was the first state in our country to legalize same-sex marriage in 2004. Since then, the gay community in Boston has been quite visible—from iconic Newbury Street to the gay-identified neighborhood of the South End, home to great theaters and cafes. Plenty of gay-friendly accommodations abound but we love XV Beacon, an intimate hotel in the swanky Beacon Hill neighborhood. The 63-room boutique hotel offers intimate gay weddings in a historic building. 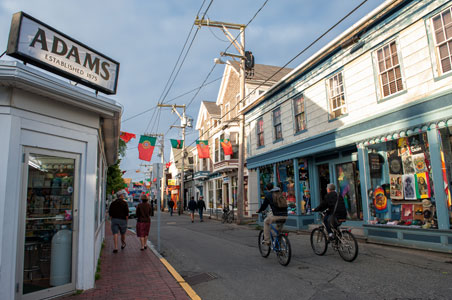 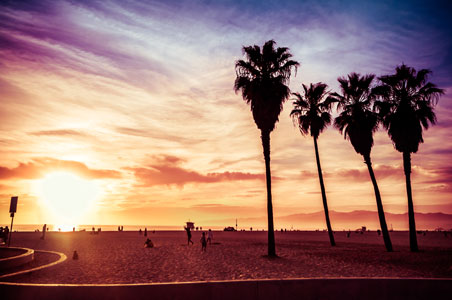 While the state of California had a Prop 8 hiccup in November 2008, same-sex marriages have resumed on June 28 this year. California sprawls with gay-friendly cities, from San Francisco up north to Los Angeles in Southern California. Los Angeles has seen a strong uptick in the annual gay pride parade in West Hollywood, a city that’s internationally known as a gay mecca. WeHo has a "party" reputation with its string of wild gay bars along Santa Monica Boulevard, though couples can take sanctuary at elegant London West Hollywood that sports a 360-view of the city from its rooftop terrace. The London boasts five wedding venues, as well as a terrific Gordon Ramsey restaurant. After your nuptials, invite all your friends to the Abbey, heralded by many as the best gay bar in the world. 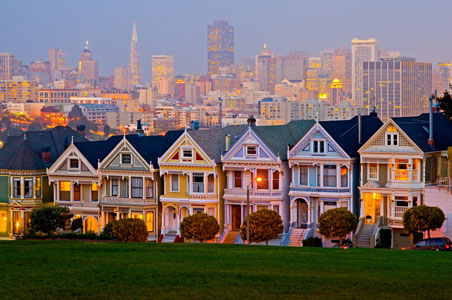 Ever since Harvey Milk became a member of the San Francisco Board of Supervisors in 1978, San Francisco has embraced gay culture. The city will always be one of (if not the) gay-friendliest in North America. Pride weekend recently celebrated its 43rd year, and there was a massive rush for couples to be wed on June 28. Many stay and wed at one of the nine Kimpton Hotels, a boutique hotel chain known for its gay initiatives (San Francisco is the chain’s hometown). Learn about homosexual history at the GLBT Historical Society Museum, one of the most renowned gay-specific museums in the world. 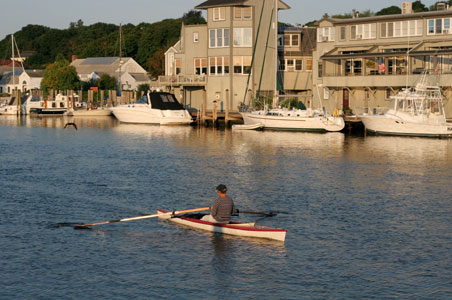 Connecticut surprised America as the third state to legalize gay marriage. Known to be particularly "blue collar," the state also fosters a burgeoning gay community with couples moving out of NYC to raise families here. Get married at the intimate Mayflower Inn (a member of Relais & Chateaux) in Washington, Connecticut. The property features 30 rooms in the famous New England countryside and offers gay wedding packages. The state is known to dish out some of the best pizza in New England and, for kicks, gay couples head to Mystic Pizza in Mystic, CT, which made Julia Roberts famous. 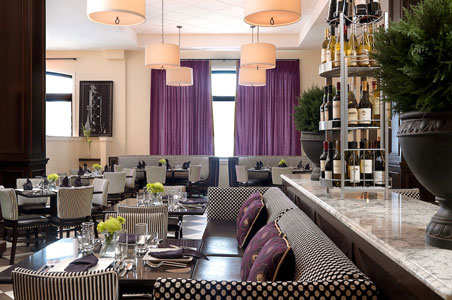 Believe it or not, Iowa City has steadily ranked as one of the top three "gayest cities" in the United States thanks to factors like its high same-sex couple households per capita. Iowa City, home to a liberal-minded college community, is quiet and simple, attracting domestic gay couples that want to settle down. Many couples tie the knot and check into the historic Hotel Blackhawk, the most cosmopolitan hotel in nearby Davenport. The hotel is fresh from a recent $45 million makeover, is a member of IGLTA, and has already made several dream weddings come true.

Known for small, quaint towns with breathtaking fall foliage and white winters, Vermont has catered to romance-seeking LGBT couples for decades thanks to charming B&Bs in old colonial homes. Trek up one of the majestic mountains for skiing or explore the small towns known for family-run restaurants and antique stores. Gay couples love the laid-back ease of Vermont, and those who get married check into Windham Hill Inn. Like many top B&Bs, Windham Hill Inn is remote (cell reception is choppy), which ensures a truly rustic wedding on its 160 acres. From Manchester to Portsmouth, New Hampshire is home to a swelling LGBT community and even gay nightlife to boot (a welcome surprise for LGBT visitors). The entire state sprawls with gay-owned inns and B&Bs, creating a haven for the LGBT traveler on any visit. A popular group that has become iconic in the gay community is the New Hampshire Gay Men’s Chorus, which has been active for fifteen years. The preferred resort for gay weddings is at Wentworth by the Sea, which has a scenic backdrop of Little Harbor and the famous lighthouse. 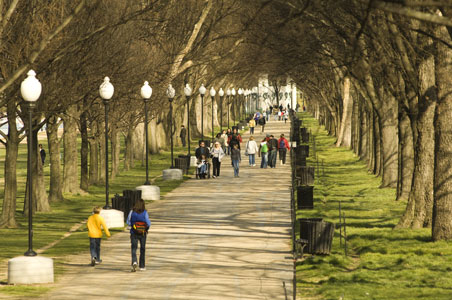 Thank Obama for steering openly gay activists and politicians to our nation’s capital. Washington DC has seen a surge in gay population in recent years, and gay culture and nightlife now sprawls from Dupont to Logan Circle and Capitol Hill. DC has turned out terrific pride parades, and many same-sex couples from many different ethnicities have become more visible. Couples say their vows at the Hotel Monaco Washington DC, a gay-friendly, 183-room hotel that offers memorable wedding receptions and ceremonies in a National Historic Landmark building. 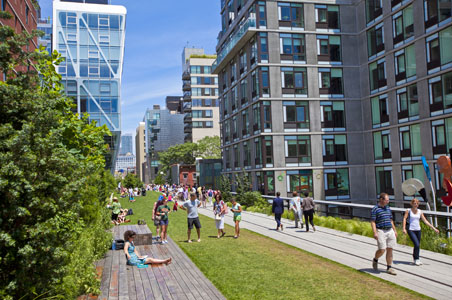 You’ll be hard-pressed to find lack of gay community in any of New York’s top cities—from NYC to Albany. One of the most diverse states in America, New York is a popular and safe place for the LGBT community to raise families, own businesses, and proudly live as same-sex couples. In Manhattan, Chelsea’s Eventi hotel has hosted several same-sex couples for weddings. It also has fully supported gay marriage since becoming legal in the state in 2011. Gay couples also routinely head into the Catskills in upstate New York for more rural ceremonies. 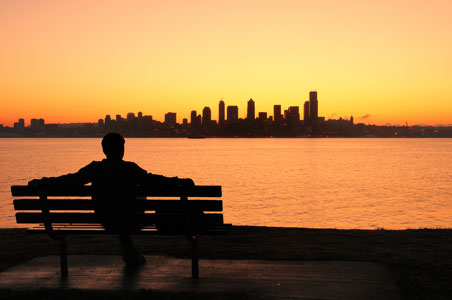 Washington has leading wine regions, buzzing college towns, and as of December 2012, a whole lot of gay marriages. A reported 52 percent more marriage licenses were issued just six months after same-sex marriage became legal in the state. Travelers can find strong gay presence in several top cities like Spokane and Seattle, and charming gay-owned B&Bs abound, inspiring Pacific Northwest weekenders. The motherload of gays can be found in Seattle (primarily around Capitol Hill). Couples get hitched with Seattle Shotgun Ceremonies at the Pioneer Square chapel, but those who want to have a larger—and swankier—affair make a beeline to W Seattle. 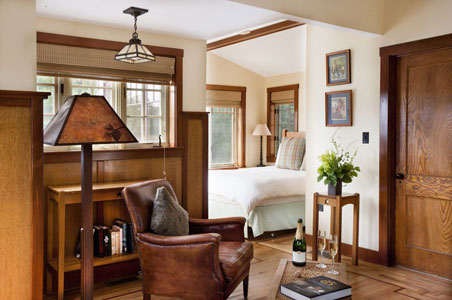 There’s more to gay Maine than Lady Gaga making a speech to support the repeal of the military’s "don’t ask, don’t tell" policy in 2010. The state woos the gay community with its mountains, lakes, islands, and breathtaking coastline. Gay communities thrive in beach town Kennebunkport, artist colony of Ogunquit, and largest city Portland. Popular for gay events, White Barn Inn in Kennebunkport is an elegant, rustic inn that hosts smaller, intimate weddings, and it’s no stranger to destination dining. 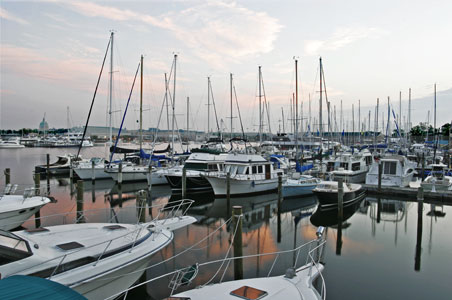 New Years 2013 was a wild affair for the LGBT community in Maryland: same-sex marriage officially became legal in the state on January 1, 2013. Thanks to homosexual filmmaker John Waters, who has immortalized Baltimore in his movies, the capital city has been a quirky hot spot for the gay traveler. Baltimore has recently been embracing its highbrow sensibilities, indicative by the Four Seasons opening in 2011. The luxury resort has already hosted a number of same-sex weddings, with more lined up in the books. 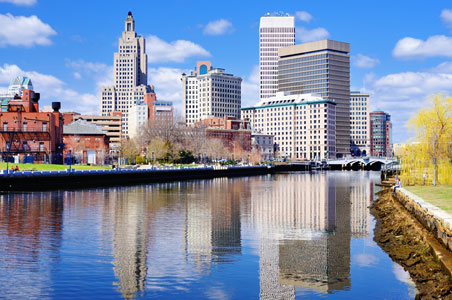 Rhode Island will forever be known as the landmark 10th state to legalize gay marriage. It has a leftist sensibility, and the nation’s first openly gay mayor helped make the city progressive and equal. Providence‘s annual events appeal to the gay community with film festivals, prides, AIDS walks, and heritage festivals. The luxury Chanler at Cliff Walk in Newport is not only TAG-approved but gay-wedding friendly. In fact, a new package for same-sex weddings waives rental and ceremony fees—a savings of up to $6,000. 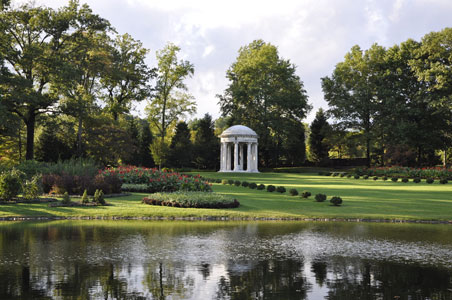 Delaware has quickly (and perhaps surprisingly considering its cosmopolitan neighbors) emerged as a favorite for LGBT travelers. In fact, Rehoboth Beach has become a haven for the gay community. The popular mid-Atlantic coast beach town has a large number of gay-owed and operated businesses, as well as a "gay" beach called Poodle Beach. Hotel Du Pont in downtown Wilmington has much to cheer about this year. The hotel is celebrating its centennial as well as a host of gay weddings with the July 1, 2013 legalization. 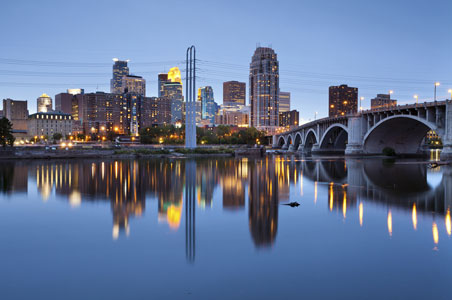 Gay-marriage support made history in Minnesota when Minnesotans United for All Families revealed they invested more than $2 million in lobbying efforts. And it was worth every penny. As of August 1, 2013, same-sex marriage will become legal in the state. Gay activity thrives in Minneapolis and St. Paul, and couples are booking at gay-friendly Le Meridien Chambers boutique hotel for their big day. It’s already a hot spot for the LGBT community, especially the hip outdoor lounge Gorilla Bar.