News Christina Mueller Yes, You Can Visit Los Angeles Without a Car. Here's How to Use the L.A. Metro Subway System
NewsGuide to Gay Pride Around the World

Guide to Gay Pride Around the World 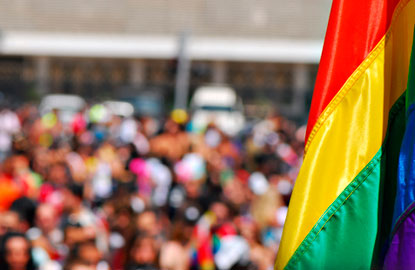 June is Pride month. And cities around the world are hitting the streets to celebrate the LGBT community with festivals, parades, rooftop fetes, rallies, and dance parties. Some of the most iconic celebrations can be found in LA, New York City, San Francisco, and Paris, so we took it on ourselves to break down all the details (like when and where you can find Cyndi Lauper as Grand Marshal) for each.

West Hollywood’s Gay Pride, held June 8-10, will be hosted by none other than Grand Marshal Molly Ringwald. The parade (June 10) has become an iconic Southern California tradition, bringing wilder costumes and louder dance music to Santa Monica Blvd every year.

Where to Stay: The Palihouse Hotel (rates from $350/night) is an LA favorite. It’s a rustic, design-y hideaway in West Hollywood, and on weekend nights the lobby bars are filled with locals. The boutique Charlie hotel (rates from $300/night) drips with Hollywood history. Built in 1924, regular guests were once Marilyn Monroe, Gloria Swanson, and Charlie Chaplin.

New York City hosts one of the biggest Pride celebrations the world over, and this year should be no different. From June 16-24, Grand Marshals Cyndi Lauper, Chris Salgardo (President of Kiehl’s USA), and others will preside over events like Family Night, the VIP Rooftop Party, Dance Party on the Pier, Rapture on the River, and The March.

Where to Stay: Known as one of the most LGBT friendly cities, NYC has ample hotel to take advantage of. First, Lords of South Beach, the infamous South Beach hotel, will be opening a pop-up hotel in the Hotel Rivington on NYC’s Lower East Side during Pride. They’re bringing the much-loved lobby panda and will be giving gift bags to guests.

Held in downtown San Francisco at the foot of City Hall (where Harvey Milk once stood), San Francisco’s Pride Celebration will be held June 23-24. The theme of this year’s parade is Global Equality, while a handful of stages around Civic Center will be set up featuring live music, DJs, and speakers.

Where to Stay: Joie de Vivre Hotels are offering 20% off all year long for friends of the LGBT community, by using the code SFPRIDE when making a reservation. In San Francisco alone they have more than 10 hotels from the French countryside-inspired Petite Auberge to the sleek, waterfront Hotel Vitale.

Paris’s Gay Pride Parade will be held on June 18, while the city’s well-known Marche des Fiertes takes place June 30. It draws more than 500,000 people to the streets of the City of Light to celebrate with a parade, march, parties, balls, and even nightclubs that host special events throughout the month of June.

Where to Stay: Spring for a room at Oscar Wilde’s old haunt, L’Hotel (from 290 Euro/night) for a rich and sultry stay. Or choose the sleek, modern, and trendy Hotel Mama Shelter in the Bastille, where they’re offering Summer deals from 89 Euros/night.

But Pride certainly doesn’t stop there. From Budapest to Toronto and from London to Rio, there are fantastic events all year long and around the globe. So tell us: where will you be celebrating this year?