News Larry Bleiberg You Can Finally Look Inside This Stunning D.C. Landmark. But Only for Another 25 Days
Home  >  News   >   Guide to Chile’s Flourishing Wine Country

In 2010, an 8.8 earthquake rattled the Central Valley of Chile, bringing widespread destruction to the area, especially its flourishing wine region. Wineries in key production areas were badly damaged, in some places sending rivers of wine into the soil, making certain 2010 vintages extra-special to uncork.

But just three years after the disaster, the area has rebounded nicely, and tourism is better than ever, especially in the Casablanca Valley, which is about 50 miles northwest of Santiago. Several wineries have spiffed up their tasting rooms and shops, revamped their restaurants, and added overnight accommodations to their offerings. The result is new appeal for wine-loving visitors to Chile, whose wine-making history dates back to the 1550s, making it the oldest wine-producing country in the Americas.

And if that wasn’t enough, consider that Rex Pickett, who wrote the novel-turned-hit-movie Sideways, chose Chile as the location for the third installment of his trilogy, touting his appreciation for the country’s wine during a research trip in early 2013. Here, a few of our favorites spots where you can raise a glass. 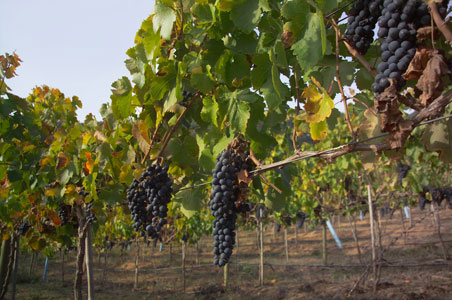 The Casablanca Valley is fast rising as one of the country’s most prominent regions for bright, complex whites as well as some formidable reds, thanks to a unique soil composition including clay, granite, iron, and even shell. Biodynamic farming efforts, updated tasting rooms, and an up-and-coming culinary scene have added new appeal for visitors.

One of the most notable wineries in the area is Loma Larga Vineyards, which was named "Winery of the Year 2011" by Wine & Spirits. The winery specializes in cool-climate reds, which have garnered several awards. Tours include a stroll through a tree-dotted slice of the beautiful 350-acre property, which spans redolent rose gardens, plus apple, orange, lime, and almond trees, into the neon-lit cellar, and finally the cozy tasting room, which once served as a kitchen, for splashes of four excellent wines that taste far more expensive than their price tags (the 2012 Sauvignon Blanc is a winner—and a bargain—at around $13USD per bottle).

Another standout: Kingston Family Vineyards, which, after years of solely growing grapes for other wineries, started producing its own wines in 2003. The winery still produces fruit for other wineries, including Chilean giants Cousiño Macul and Concha y Toro, but nowadays it’s earning praise with its small production, artisan-style vintages, including Pinot Noir, Syrah, and Sauvignon Blanc. About 37,000 bottles are produced per harvest, with most of the grapes fermenting in plastic bins and each bottle hand-labeled. The award-winning wines are named after the Kingston family’s favorite horses; tastings include a crisp Sauvingnon Blanc and a hearty Pinot Noir, plus local cheese, bread, and olive oil.

Another up-and-coming region is Lo Abarco, which is less than three miles from the Pacific Ocean and garnering buzz among winemakers for its unique terroir. Vina Casa Marin is the pioneer in the region, and Pickett is among its biggest fans, proclaiming its wines, which include a spectacular Sauvignon Gris and an elegant Syrah, among "some of the finest wines [he’s] tasted" via Twitter following his visit. 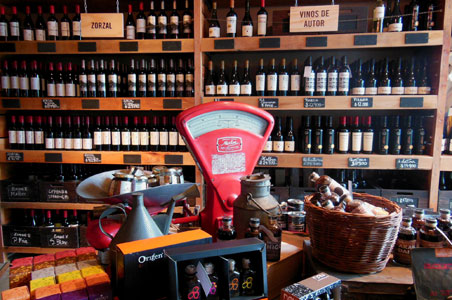 Get a taste of the region at HOUSE Casa del Vino, a cheery hybrid of wine and gourmet food shop, tasting room, and spacious restaurant, all housed in a striking, modern building on the edge of rows and rows of vines. Before the meal, take a tour (from about $14, complete with two generous pours) through the vineyards and cellar, then tuck into a several-course meal featuring outstanding, seafood-centric cuisine. The current tasting menu (about $48USD) includes a flavorful ceviche and a lip-smacking lobster risotto, with each dish paired with wine. Afterward, browse through the shop to find gourmet goodies like wine, olive oil, and merken, a popular Chilean chili spice.

For a more casual lunch, the nearby Casa Botha, run by a South African chef and musician and his Italian wife, hits the spot with its hearty cuisine featuring Chilean and Italian flavors, plus an extensive wine list. Don’t miss the gnocchi with home-cured salmon and lasagna with ossobuco, ideal for fueling up before or after a day of tasting. An on-site shop sells many local wines, as well as artisanal crafts like ornamental figure heads called mascarones that once adorned the bows of boats. 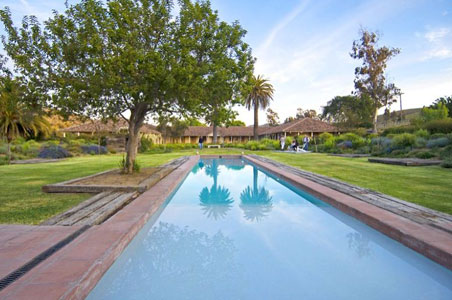 For a splurge, you can’t go wrong at La Casona, located on the gorgeous grounds of the certified-organic Matetic Vineyards. Seven guestrooms, each named for a type of grape, feature soaring ceilings and elegant, Old-World décor. Take a dip in the beautiful but bracing pool flanked by palm trees, or sip a cognac in the handsome lounge, complete with a billiards table, leather couches, and a fireplace (rooms from $500, including breakfast).

For an uber-relaxed yet affordable experience, check into the cozy, two-bedroom guesthouse at Vina Casa Marin. Nestled among Sauvignon Blanc vines, the cottage features welcoming, modern décor and a deck with spectacular views and perhaps even a glimpse of the Pacific Ocean; breakfast is brought to you in the morning (from $175).

Insider Tip: To fully get into the spirit of tasting, leave the driving and logistics to someone else. Santiago Adventures is a premier operator that organizes all types of wine-centric excursions, from day trips ($275) to weeklong, wine-soaked sojourns.