News Ronny Maye Should You Cancel Your Vacation to an Area Impacted by a Natural Disaster?
NewsWhere to Eat, Sleep, and Play in Cannes and Beyond

Where to Eat, Sleep, and Play in Cannes and Beyond

It’s festival time in Cannes, so whip out your shades—and your platinum card—and head to La Croisette to bask in the rays of the Riviera sun and the Hollywood glitterati, who descend from the firmament for the annual Cannes International Film Festival (May 15-26).

For those who won’t be attending the pro’s-only fest, there’s still plenty to do around town, along with lots of opportunities for stargazing—after all, that is what Cannes is all about. 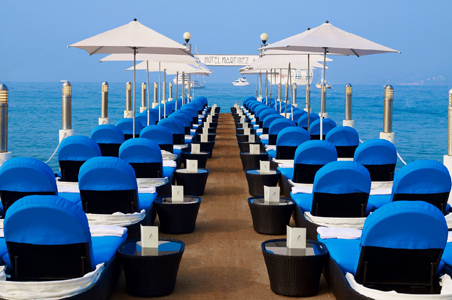 For maximum celebrity exposure, head to the luxurious Hotel Martinez, Cannes’ designated hotel-to-the-stars. A high-society playground since the roaring twenties, the Art Deco hotel’s sumptuous décor, palm-enclosed pool, and private beach provide a picture-perfect backdrop for Hollywood’s A-list. Mere mortals can’t go wrong at the sleekly modern Five Seas Hotel. Just off the Croisette, and convenient to everything, the hotel’s ravishing interiors, spacious rooms, and superb infinity pool assure a stylish crowd. If money is an object, Hotel Cezanne offers 28 ample rooms, and a spa, all done up in 50s-style glamour at a price that’s reasonable by Cannes standards. 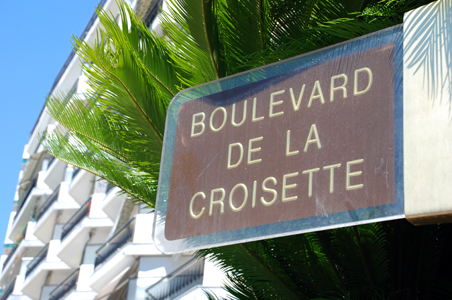 If you can’t snag a reservation to the Hôtel Martinez’s Palm d’Or restaurant—considered the best in town—never mind, elegant dining is in no short supply. With two Michelin stars in his toque, chef Bruno Oger’s Villa Archange proffers lavish French haute cuisine. Just next door, Oger’s Bistrot des Anges sports a light-filled dining room, terrace, and a reasonable 29€ fixed-price menu. For more prosaic fare, the ultra-popular Le Pastis café offers an updated French brasserie menu, fast and friendly service, and a prime location just off the Croisette. With no phone and no email address, the ever-crowded Aux Bons Enfants (80 rue Meynardier) can rest on its laurels and an excellent Provençal menu served to a mostly local crowd (note: cash only). The bustling Forville market, just around the corner, is your best bet for picking up a fresh baguette and a cornucopia of regional delicacies for a do-it-yourself picnic on the beach.

Cannes’ club scene runs the gamut from disco beats to plush cocktail lounges and everything in between. Pass muster with Le Baoli’s burly doormen to gain access to the inner sanctum of the hottest spot in town, where the international jet set swills champagne while lounging among cabanas and palm trees. The theatrical Da Da Da Club’s cabaret-meets-disco scene and trendy lounge draw a fashion-conscious crowd. If dropping a cool €20 per cocktail leaves you undaunted, it doesn’t get more glamorous than L’Amiral piano bar at the Hotel Martinez. 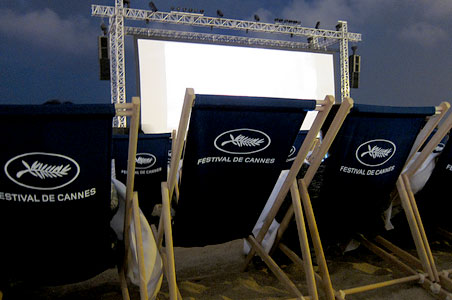 This year, Cannes’ open-air Cinema de la Plage joins in the Cannes Classics celebration, with screenings of lavishly restored roster of iconic films, including 50 Years of James Bond, with the best of 007 alongside classics like Jaws. Movie buffs can revel in the greats from lounge chairs on the beach in one of Cannes more democratic moments.

Shoppers need look no further than the rue d’Antibes for top designer boutiques, smaller French fashion chains, and one-off shops. Nearby rues Meynadier and Hoche pick up where d’Antibes leaves off. For the kind of local products that are easy to pack and please just about anyone—olive oil, soap, tapenade—the Marché Forvil in Le Suquet old town is your best bet (Tues-Sun) and the antiques market, on the same spot, happens every Monday.

Get Out of Town (Antibes, Grasse, and Beyond) 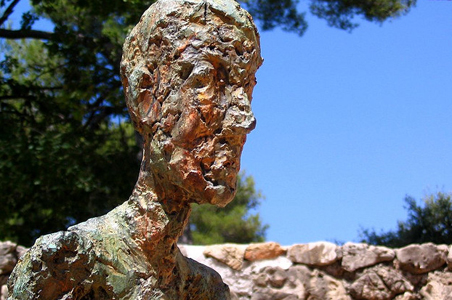 First and Foremost: Just 15 miles from Cannes, in a picturesque setting among tall trees and lush gardens, the Maeght Foundation, one of Europe’s leading modern arts centers, presents works made specifically for the foundation—including the Miró labyrinth, Giacometti’s courtyard, stained glass by Braque, and murals by Chagall

A glittering jewel in the Rivera’s crown, Antibes’ maze-like streets and inspiring natural setting are well worth the short 7-mile detour. Gateway to the Cap d’Antibes, the resort town was a favorite haunt for artists like Picasso and Matisse. Stroll through the botanic gardens or visit the superb Musée Picasso, testament to the artist’s devotion to his one-time home.

Make like a millionaire and check into the sublime Hotel du Cap Eden Roc, contender for most splendid hotel in France, and a celebrity paradise. Baz Luhrman’s Cannes opener, Gatsby, might have been filmed on the sublimely manicured 22-acre estate, where F. Scott Fitzgerald set "Tender is the Night" in the hotel’s heyday as a watering hole for international elites. Spectacularly renovated in cool, subtle hues, the palatial estate shimmers like a mirage and boasts a guest list that reads like a Who’s Who of the 20th and 21st centuries. 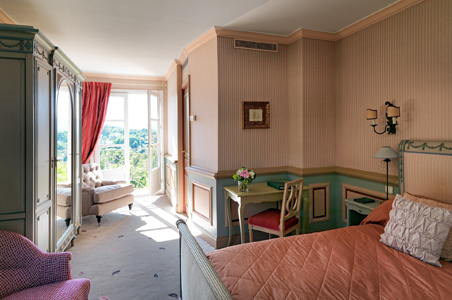 One of the more modern inland hill towns, Grasse is home to acres of lavender, jasmine, rose, and sweet orange that fuel the world’s perfume industry. Legendary houses Guerlin, Chanel, and Dior, to name a few, all have their laboratories here, and the soaring Musee Internationale de la Parfumerie gives a fascinating glimpse into the 3,000-year-old art.

Halfway between Antibes and Grasse, the Le Mas Candille rests splendidly among ten acres of cypress and olive groves. Expanded from an 18th-century farmhouse, the Provençal-style hotel is a far cry from the relentless bustle of Cannes. Breathtaking views over the Mougins valley are restorative, as is the Shiseido spa, where the famous Qi treatments are said to erase tension—and wrinkles.