Bordering Germany’s Black Forest and France’s Alsace, the Swiss city of Basel is blessed with historic architecture. But it is modern and contemporary art that lures 65,000 visitors each June during Art Week, the cornerstone of which is Art Basel—the most prestigious fair of its kind anywhere.

Launched in 1970, Art Basel is called the "Olympics of the Art World," and the caliber of participants— 305 premier galleries from over three-dozen countries representing acknowledged masters and emerging talents who work in every imaginable medium—is a primary reason. The competitiveness of attendees as they vie to buy during the two-day, invitation-only preview is another. Last year, sales included a Gerhard Richter listed at more than $20 million (by comparison Andy Warhol‘s "Joseph Beuys," asking price $10 mil, seemed like a bargain). Don’t have a fortune to blow? You can still get an eyeful during Art Week.

The Fairest of Them All 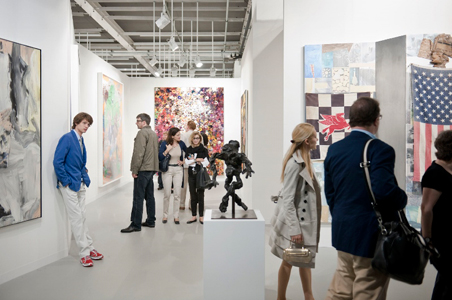 Running June 10 to 16 at the Messe Basel exhibition site, Art Basel is basically a sale aimed at museum directors, newly-minted billionaires, canvas-collecting aristocrats, and celebs anxious for cultural cred. Yet it doubles as a pop-up museum where you can peruse rather than purchase. If your VIP card (the First Choice version is most coveted) got lost in the mail, go to ArtBasel.com and buy a one-, two-, or four-day pass—costing $41.75, $73.05, and $99.15 respectively—for the June 13-16 public showing. You can also plot your course through the fair’s eight sectors by creating a personalized catalogue. To maximize the experience, come on the weekend when crowds are thinner and hotel options broader.

Tip: If you don’t know a Jeff Koons from a Jasper Johns or a Keith Haring from a Damien Hirst, panel discussions and themed films will help you get up to speed. Guided English-language tours ($20.85 for 60 minutes, $31.35 for 90) are also available. 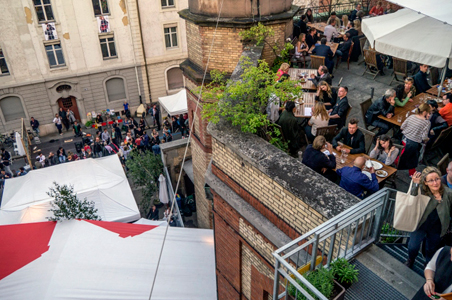 After seeing the stars, check out the satellites—offshoot fairs that run concurrently. Leading the list, appropriately, is LISTE: The Young Art Fair ($20.85). Established in 1996, it focuses on artists under 40 and is recognized as an incubator for up-and-comers. Another option is SCOPE Basel ($23), which has, well, a wider scope and features established galleries along with "Breeder Program" ones. VOLTA Basel ($17.75) prides itself on having the most cutting-edge offerings; while The Solo Project ($20.85) separates itself from the satellite pack by letting participating galleries spotlight individual artists. 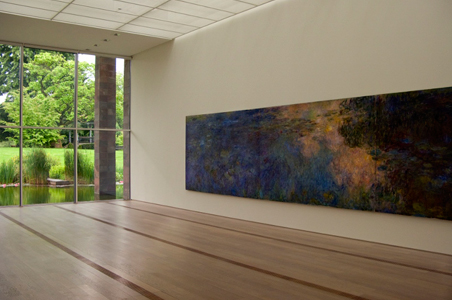 In addition to fairs, Basel boasts a disproportionate number of fine museums. Exhibit A: the Kunstmuseum. Home to Europe’s oldest public art collection, it has the expected Old Masters (Rubens and Rembrandt among them). But they share wall space with Modernist icons like Picasso, 26 of whose works hang here. If your tastes are contemporary, try Museum fÃ¼r Gegenwartskunst, the first ever museum devoted to art from the ’60s on. When local color is required, ogle the kinetic sculptures of Jean Tinguely (who was born nearby) at Museum Tinguely. Trust me: they’re moving in more ways than one. 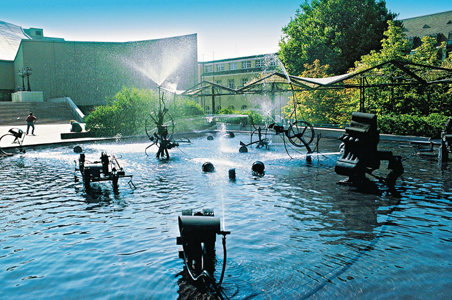 Before returning home, pay your respects to Ernst Beyeler—a guiding force behind the original Art Basel fair—at the museum that bears his name. Opened in 1997 in Riehen, a 20-minute tram ride away, Fondation Beyeler showcases 200-odd pieces that the late dealer extraordinaire privately acquired…often from friends who’d soon become famous. The names read like a Modern Art’s all-star team (there’s Monet, Mondrian, Matisse, and Miró under "M’" alone). Moreover, the glassy, light-flooded pavilion that starchitect Renzo Piano designed to complement their works is itself a masterpiece.

Tip: If your appetite extends beyond art, the Kunstmuseum, Museum Tinguely, and Fondation Beyeler all have restaurants. The Fondation Beyeler’s eatery is especially tempting right now as you can dine on a terrace overlooking sculptures by Alexander Calder and Ellsworth Kelly.

Frequent Fodor’s contributor Susan MacCallum-Whitcomb (who paints badly herself) admires genuine artists and is besotted with Basel—a beautiful Rhine-bisected city that’s too often overlooked. When not on the road, she lives with her family in Halifax, Nova Scotia.