If you’re a fan of the roaring Twenties, Art Deco, the Jazz Age, classic American literature, or just Leonardo DiCaprio, then you’ve probably marked your calendar for the The Great Gatsby’s release tomorrow (May 10). Turns out, hoteliers are just as giddy about it as we are. They’re rolling out packages just in time to celebrate Daisy Buchanan’s return to the silver screen.

From New York City to Kansas City, here are the choicest chances to step into the pages of The Great Gatsby and snooze like Gatsby. 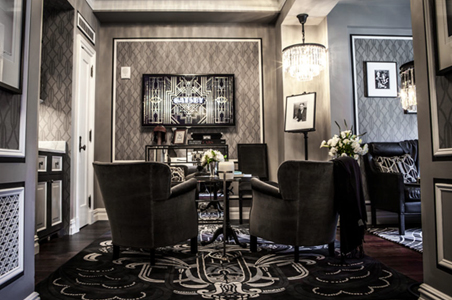 Details: The brand-new, 900-square-foot Fitzgerald Suite at New York Plaza Hotel is named for Great Gatsby author F. Scott Fitzgerald who stayed at the hotel numerous times with his wife Zelda, also folding the hotel into his novel. With interior design by Catherine Martin, an Oscar-winning costume, set, and production designer, the suite is stocked with Art Deco wonders (like gramophone-shaped speakers for your iPhone) plus framed photos of F. Scott and Zelda and the film’s cast. At Todd English Food Hall, chef Todd English has reimagined created a "Great Gatsby" brunch menu in addition to a cocktail ("Moët Imperial Gatsby") at the Moët & Chandon Champagne pop-up bar. Relive the ’20s with "Gatsby Hour" at the Rose Club with a live jazz band and Speakeasy-inspired cocktails or pamper yourself with a Caudalie "Grape Gatsby" treatment. Before checking out, drop into the Plaza’s boutiques to drool over items inspired by the film, like a limited-edition handkerchief with a red Plaza logo embroidered on it and 1920s bar ware. 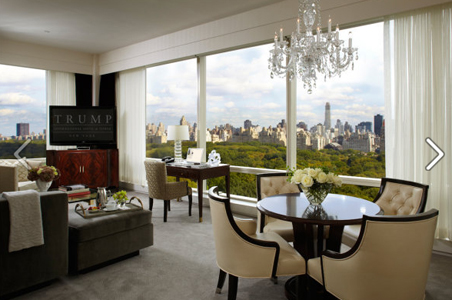 Details: Want to live large? This is the package for you. Plunk down $14,999 and you get three nights at Trump International Hotel & Tower New York in a suite with views of Central Park, chauffeured car service, dinner for two at Jean-Georges (a three Michelin-star restaurant), daily breakfast at Nougatine at Jean-Georges, a magnum of Veuve Clicquot Champagne, Ivanka Trump Art Deco jewelry (plus a personal note from Ivanka), and a custom-tailored suit from Bergdorf Goodman (plus Art Deco cufflinks). 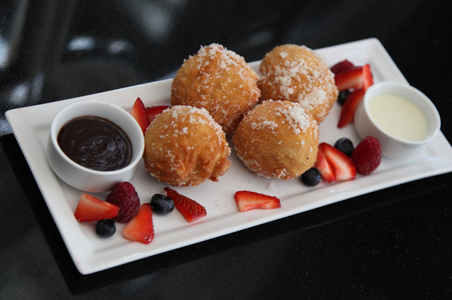 Details: The "Great Gatsby" package at this charming Art Deco hotel—Amabassador Hotel Kansas City—is geared for couples on a romantic getaway. It includes luxurious accommodations for two, Champagne and strawberries at check-in (followed by a sprinkling of rose petals in the room), and breakfast for two (including room service). With the package comes a late checkout (2 pm). 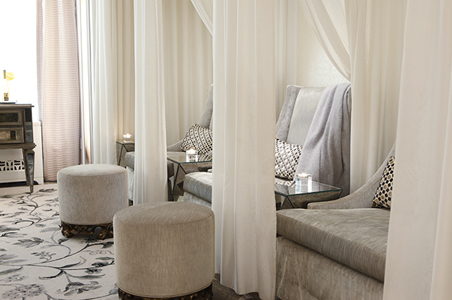 Details: Included in the "Summer of Gatsby" package ($995/night) at The Surrey Hotel is a fitting session with one of ISAIA’s—a luxury men’s clothing line—specialist, so that the man in your group can look definitely dapper. While staying at this Upper East Side luxury hotel you can enjoy breakfast at Café Boulud and indulge in a spa treatment at Cornelia Spa where you’re welcomed with aromas of citrus and sandalwood. 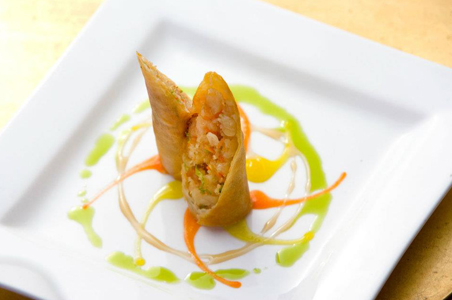 Details: Merging the iconic grandeur of Newport with "The Great Gatsby’s" glimpse into this lifestyle, "Grace Gatsby" package at Vanderbilt Grace Hotel, a luxury 33-room hotel, has it all. For $1,100 per couple, the package includes a two-night stay, passes to local mansions, sunset sailing, a Champagne breakfast, and a five-course Victorian-style dinner (modeled after what the Vanderbilts might have eaten in 1912). Built by Alfred Gwynne Vanderbilt in 1909, today there is a spa and a two-year-old fine dining restaurant called Muse.