Check-in to Vancouver, Canada for the just-launched Grand Hotel: Redesigning Modern Life Exhibition at the Vancouver Art Gallery. Nearly seven years in the making, the exhibit charts the evolution of the hotel from its origins as a utilitarian structure to a cultural phenomenon. As the gallery was still mounting memorabilia, we visited the pre-open last week. To put it lightly, the enormous and multi-layered showing sent us straight to hotel heaven—so much so, we’re thinking of making a weekly pilgrimage. 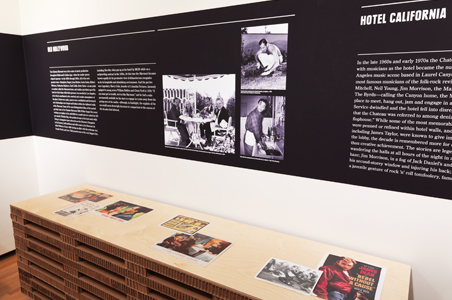 Acting as a double-entendre, the exhibition’s Grand Hotel title is a play on MGM’s 1932 Hollywood film Grand Hotel where the lives of individuals commingle during a brief hotel stint, as well as a commentary on the state of stays, in that any property—iconic or otherwise—can have a grand impact on geography, human interaction, and cultural exchange. 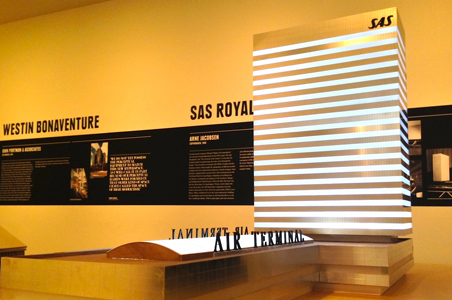 Tracking hotel trends through travel, social, design, and cultural lenses, the multimedia show acts as a lab into hotel life. Even the back-of-house gets a moment in the limelight as time-lapse videos chronicle behind-the-scenes footage of two mega-operation hotels, the Fairmont Hotel Vancouver and the Fairmont Pacific Rim. The idea is to give a snapshot into the hotel’s many moving parts, and highlight how we, as guests, can often take the overnight experience for granted without understanding its magnitude.

The customer side is also captured. As you walk up the Vancouver Art Gallery’s marble staircase, one of the first installations is a floor-to-ceiling visualization wall flashing a cocktail of images, prices, and near real-time quotes via Trip Advisor. As we studied the screen, we thought about the evolution of hotel democratization, transitioning from a posh place for the jet set to an everyday icon.

Chronicling game-changers from the 1887-built Raffles hotel to the 2010-built Marina Bay Sands (where people book a room for the sole reason of perching in the surfboard-shaped SkyPark’s 150-meter infinity pool), the exhibition is an almost hypnotic journey into the history of travel. Warning: Every step extends the bucket list. 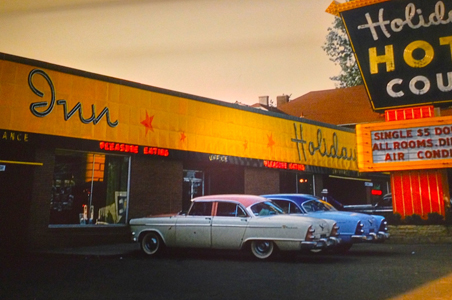 Like the gold at the end of a rainbow, Ace Hotels is featured in every major lens of the exhibition. Since the first property hit the Seattle scene in 1999, we’ve been watching as the brand moves into frontrunner status redefining hotel design, re-imagining the way both travelers and the local community interact in the cultural space, and reinvigorating hotel amenities. Find these amenities in an Ace-exclusive popup shop which includes some Vancouver-only products, as well as favorites like the grey jersey Wings + Horns boxing-style bathrobe, the "change is good" Billykirk leather change tray, or the near-iconic Pearl+ soap bars. 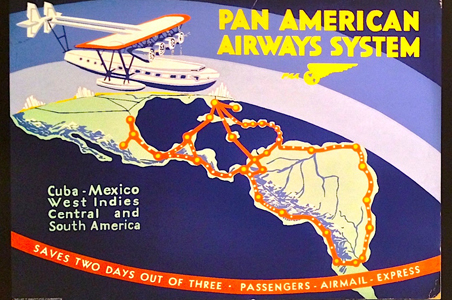 An adult ticket is $21, but admission is by donation every Tuesday after 5 pm

If it’s sunny, take a break from hotel-spotting and sit on the Gallery’s cafe patio, a gorgeous urban space complete with marble tables and euro flair

Learn more insider tips via the exhibition’s blog, active since 2011