News Ronny Maye Should You Cancel Your Vacation to an Area Impacted by a Natural Disaster?
NewsGoing Nowhere: The Ultimate Road Trip 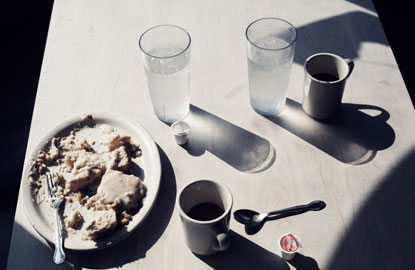 We recently discovered Going Nowhere, an awesome Kickstarter project/interactive road trip map/awesome bank of original photography from across the country. After we finished poring over the pictures and playing with the map, we learned more about Andrew Kenney and Jake Jones, the masterminds (and drivers) behind it all. They’re two photographers who met on a project and decided to skip town (they’re both Brooklyn-based) to embark on a road trip that hit the 48 contiguous states over the course of 3 months. Along the way, their Kickstarter supporters suggested adding more money to the goal and checking out Alaska and Hawaii, which they did.

We caught up with them to ask about the hits, the misses, and the surprises along the way. We even got some indispensible road trip advice from these two new experts.

Tell us a little about how Going Nowhere came about.

AK: In the six years I’ve lived in NYC, the longest I had ever left for was about 3 weeks. After spending a couple days in the Southwest, I decided it was time to take a more extensive trip to explore and shoot. At work I talked to Jake and discovered he was looking to do something similar. We discussed our individual goals and decided to work together to accomplish something awesome—a road trip to every state in the US. The Kickstarter project, Postcards From Nowhere, was almost an afterthought—we were ready to go and decided we wanted to do something to involve other people. It blew up and we now have the added bonus of having a very active audience to send our work to as we travel. 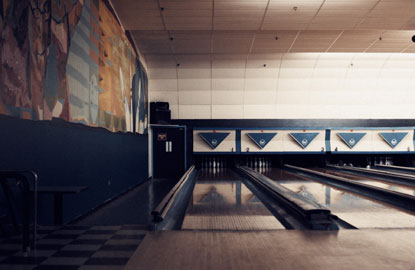 JJ: This project came about in December of 2011 while Andrew and I were on a photo shoot together. The winters in New York always make me restless, so I had been planning a trip to get out of the city for a while. I mentioned the idea to Andrew one day about a continental U.S. road trip and it all kind of snowballed from there.

AK: The open expanse of the United States was unexpected and pretty difficult to actually comprehend. I knew there was a huge country out there and I have spent a lot of time on Google maps looking around, but as we traveled through, state by state, it dawned on me just how much land we have. Each state has its own distinctive personality and I found myself trying to understand how and why it all fit together.

The US has an checkered past and present, in many ways, but even so I think I feel considerably more patriotic than I did when I left. We saw so many great places and I came to appreciate the existence of National Parks and the amazingly diverse landscape of North America. We also met hundreds of extremely nice and welcoming strangers. I’m not going to drive around with an American flag on my car, but I have a newfound appreciation for what makes this country great. Because it really is.

JJ: When the idea of the trip first came into my head, I thought 3 months would be plenty of time to get out there and to explore and form stories as we crossed the country. Once you get out on the road though, you realize how incredibly large the country actually is, and that your time spent in each place is going to have to be limited if you want to finish the project in the time frame. Also, at the beginning, the postcard project was meant just to be a filler of time and a way for our friends to kind of follow us along the way. Once the project sort of took off on Kickstarter, it became clear that we had our work cut out for us, so coping with the amount of work going into it was something that took us by surprise I think.

Has there been anything you didn’t expect to like as much as you did?

AK: South Dakota. I figured it would be all farms and long straight roads, with Mt. Rushmore thrown in somewhere. Turns out the landscape is pretty exciting and the state is home to one of the coolest National Parks I’ve been to (and I’ve been to quite a few of them now)—The Badlands. Nearby are the Black Hills and we spent time in Rapid City, a welcome respite in terms of food after being stuck eating road food for weeks on end. It didn’t hurt that we had an amazing host who took us to shoot guns out of a Volkswagon Vanagon either.

Have there been any scary moments on the trip—due to weather, transport issues, or the like?

JJ: The scariest moment of the trip so far for me was almost getting hit by the train in Vermont. We had stopped to explore what we thought was an abandoned railroad bridge that was about 60 feet above a body of water. We went across the bridge and made it about halfway back across it when I happen to look up and see the Amtrak coming at us full speed. I turned to Andrew and said "RUN!" and we bolted it back across the bridge just in time to turn around and see the train fly by us. It was exactly like the scene from "Stand By Me".

AK: Aside from the whole train bridge thing in Vermont, there haven’t yet been any other times where I was in fear for my life. We encountered technical issues with our printers in Pennsylvania, which had the potential to turn into a pretty big problem but we lucked out and our new printer arrived quickly and was perfectly equipped for the job. We were only stuck for a couple days, it could have been far worse. Otherwise we are very active in taking care of the car, cameras, and ourselves!

You launched this project on Kickstarter, and have 879 backers now—any great stories of the people who’ve backed you?

AK: We received a couple good leads for sights to see in a few states but by far the best interaction with a backer was in Connecticut where we met Joe and Pete. They were more than willing to put us up in their house for a couple days and didn’t blink an eye when we asked to completely take over the dining room with our computer and printer work setup. Joe and Pete were even good enough to involve us on their Kickstarter project—a series of trips to explore an underground river in Hartford, long since buried by the Army Corp of Engineers. Check out the pictures from that adventure here. 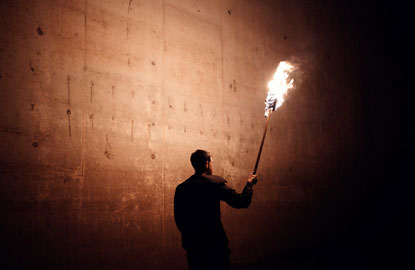 JJ: The story that I will remember the most from this trip is [the same]—meeting up with our backers Joe and Pete in Connecticut. We were coming through and didn’t have any friends to stay with so…they said we were more than welcome to crash with them. They took us on an expedition with them [to see their Hog River Revival Project] and it was one of the craziest and best trips of my life.

What has been your favorite stop so far?

AK: Getting to see Alaska and Hawaii were equally amazing. Both of those places are unlike anything else I had ever seen and felt a little bit more exotic many of the other places we’ve traveled to. The mountains and midnight sun in Alaska; the volcanoes and waterfalls in Hawaii. Forget about it. Nothing like that anywhere else. 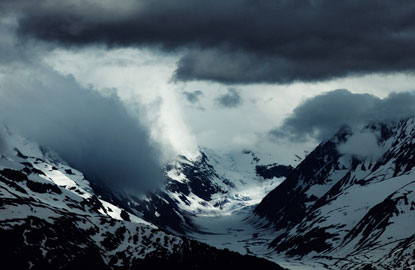 JJ: Of course, I agree—Alaska and Hawaii were great because they are so different from the landscape of the continental US. We had about 20 hours of daylight in Alaska so that was amazing to still be shooting photos at 11:30 at night. So surreal. As far as the continental U.S. goes, though, I would say Utah has been my favorite state so far, such a beautiful landscape.

AK: Arkansas. We had a good lunch in Little Rock but otherwise spent a very uninspired day driving through the state. Some places are tough to shoot—especially when the land is flat and covered with farmland, there just isn’t a lot of interesting stuff but the small towns along the highway usually make up for it. That’s true of Kansas, Missouri, Illinois, etc. Arkansas just had nothing.

JJ: [Yep.] Arkansas…by far; besides the best veggie sandwich of my life at Jimmy’s Serious Sandwiches. My mouth still waters thinking about it.

Any road trip advice for the uninitiated?

AK: Priceline’s Negotiotiator app is awesome for finding good deals on hotel rooms if you need a break from camping. Skip fast food if at all possible. It becomes difficult to do this in some parts of the country but you can usually find a cafe which will have decent food. Drink water all the time, invest in good trail mix at Whole Foods (the gas station stuff is no bueno), and most of all, if you see something interesting, stop, get out of the car, and check it out! Driving for long periods of time wears you down and you’ll kick yourself for not seeing where that one road went or going back for the scenic view that you missed. 99% of the time it’s totally worth it.

JJ: Don’t think too hard about it, just choose a destination and then take the most roundabout way to get there. I know most people don’t have the opportunity to go on a long distance journey very often but even exploring parts of your local area that you haven’t been to before can be amazing. When you do get a chance to take a good long road trip though, camp out as much as you can and then when you need to stay in a warm bed and shower, Priceline is your best friend.