News Ronny Maye Should You Cancel Your Vacation to an Area Impacted by a Natural Disaster?
NewsGlam Graham Hotel Now Open in Washington D.C. 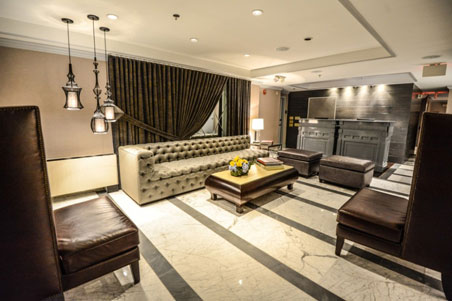 On the heels of Capella Washington D.C.’s opening, another luxury boutique property has opened in the same neighborhood among cool shops (from Barneys New York to the indie bookstore Bridge Street Books) and three cupcake bakeries that have cultivated a national buzz (DC Cupcakes, Sprinkles, and Baked and Wired). 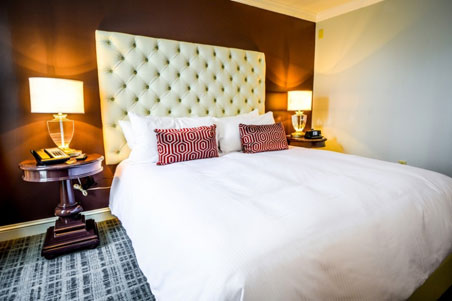 The Graham Georgetown is a 57-room hotel touting perks like a rooftop bar and a restaurant. In each room are Bvlgari White Tea bath amenities to pamper yourself with in the white-marble and mosaic-tiled bathrooms, along with Liddell Ireland bed linens and modern audio/video systems that can easily pipe in your favorite movies or tunes. WiFi is available at no cost in each room, too. Rooms, representing eight categories, including a few suites, are spread across seven floors, providing a little bit of privacy and quiet after a hectic day of sightseeing in the nation’s capital. 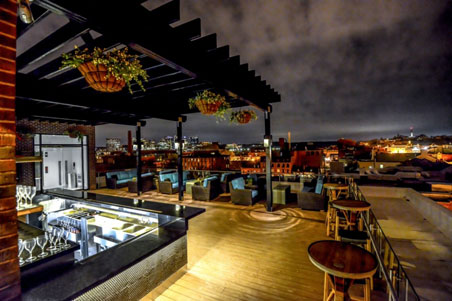 At A.G.B., which opens in May, breakfast and dinner menus have a farm-to-table philosophy and include casual eats like soups, salads, and sandwiches. Craft cocktails, including an ode to Frank Sinatra called "Old Blue Eyes;" fitting as he often stayed at the hotel under its previous name and ownership (Hotel Monticello), are the focus at The Observatory, a rooftop bar boasting panoramic views of classic capital attractions like the Kennedy Center and the Washington Monument. On rainy or cool days, a lower-level bar ensures libations are still in order.