Often talked about and rarely booked, the girls’ getaway is like an essential vitamin we forget to take! (If only Dr. Oz would tell us it’s vital to our health.) We know from experience that just gathering the gals to book a trip takes time (plus a hefty dose of inspiration), so we’ve done part of the work for you zeroing in on female-friendly map coordinates as close as Austin and as far as Dubai. Whether it’s for a bachelorette party or a much-needed getaway, start booking. 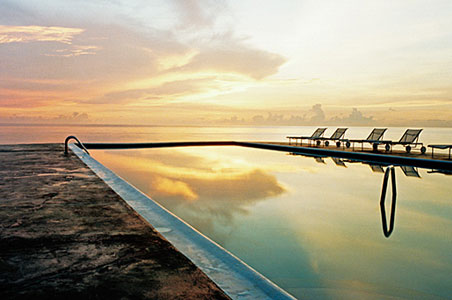 Bank on Jamaica to give your brood of barefoot contessas a shot of cool and calm. Beyond Bob Marley tunes and jerk chicken, this happy-go-lucky paradise is pushing past boozy all-inclusives to make way for chic boutiques reclaiming the seashore. Still not convinced? A sundowner cocktail at Rick’s Cafe-slash-beach-club will do the trick. Rotating between a sip and a dip, you’ll be living the island life faster than Usain Bolt’s 100-meter dash.

Where to Stay: Nestled near Negril’s seven-mile beach, the Rockhouse Hotel is one of Jamaica’s standout stays built into volcanic rock suspended over the Caribbean Sea. Spring for a thatched-roof villa (instead of a room), complete with stairs leading into the sea. From $125/night. 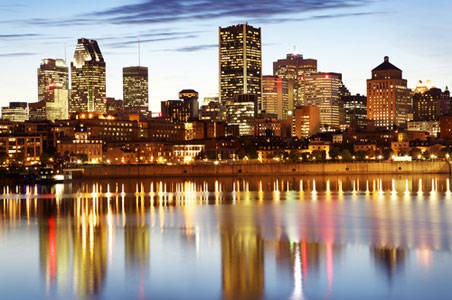 Mingling Canadian cool and Paris chic, Montreal draws food, spa, and culture-crazed urbanites to its well-heeled streets. Choose your own adventure cycling around the stylish city atop a bixi bike, or walk the gangway to Bota Bota floating spa for a soothing treatment with water views. Pampered and primed for the evening, stop into one of the City of Saints’ 5,600+ restaurants—we love the industrial-hip Le LocaL—to refuel for the day ahead.

Where to Stay: Fronting the uneven cobblestone streets of Old Montreal, check into the sleek, loft-like rooms at Le Petit Hotel. Bonus: every room comes with a salon-grade hairdryer. From $150/night. 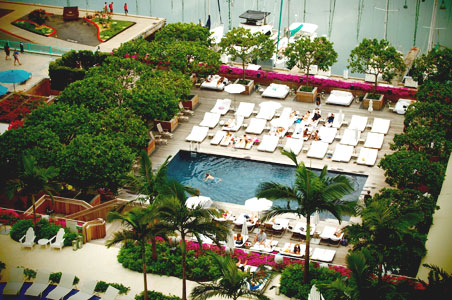 Honolulu is the US’s tropical thank-you note to girls’ getaways. For us, it’s almost impossible to deny the beach-meets-city escape, studded with palm trees and Hawaii Five-O gents. In case your view of Oahu is filled with muumuus and pupus, jump on the pineapple express because here you’ll find a massive dining revolution with both Food Network stars and Iron chefs (like Masaharu Morimoto) on hand. By the way, do yourself a foodie favor and order the ahi tuna pizza at Morimoto Waikiki.

Where to Stay: Look no further than The Modern Honolulu (from $240/night) for a spacious and edited stay—think urban surf shack—just off the always-busy Waikiki beach. 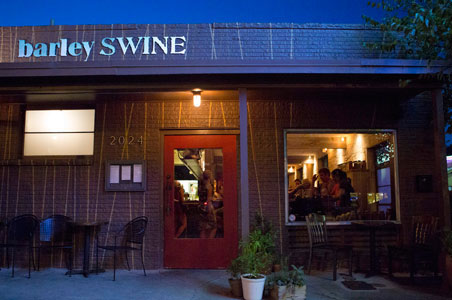 Austin had us at hello. Smack-dab at the center of Southern charm and indie cool, the Texas capital dances to the beat of its own drum. When the city isn’t swarmed by 60,000 of US’s cultural influencers every March for South by Southwest (SXSW), Austin’s quest for all that’s authentic parlays into every part of life, especially the dining scene, where farm-sourced, neighborhood eateries like Barley Swine, dot the honky-tonk turf.

Where to Stay: Depending on your dames, our top hotel choice is tossup between the minimalist Hotel San Jose hanging in Austin’s it SoCo neighborhood, or secluded Hotel Saint Cecilia, intended to "stir the poet and artist in each of us." From $145 and $235 per night, respectively. 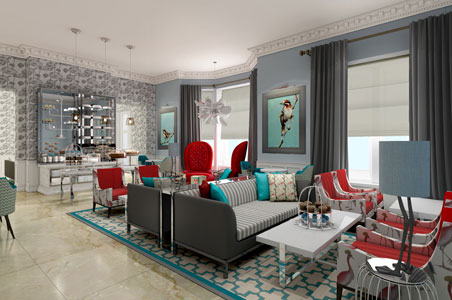 Like the ladies shoe department in Harvey Nichols, London is always brilliant and bustling. A classic destination complete with avant garde accoutrements, the time-treasured city has a way of making every gal feel at home. Once firmly planted on British soil, secure day-of tickets to the theatre (we LOVE Wicked) and reserve a table apres curtain call at J Sheekey, one of city’s most buzzy seafood restaurants. Or perhaps it’s The Queen followed by dinner at the new Balthazar London. You really can’t go wrong.

Where to Stay: Right in the heart of South Kensington, The Ampersand Hotel is London’s newest boutique property mingling whimsy with modern, and a minibar you’re told to raid. From $200/night. 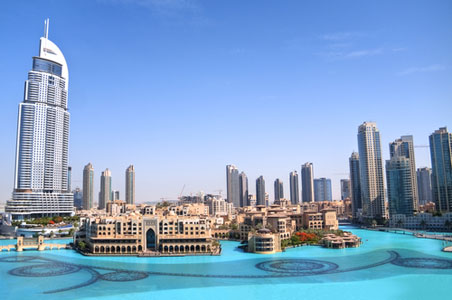 Yes, Dubai’s a transcontinental trek, but isn’t the lure of traveling to the East like the Sex and the City gals tempting? A former oil town where excess is an export, no other city in the world compares to Dubai’s glittering and cosmopolitan coastline. Hovering between Western and traditional, in one day you can ride a camel, scale the world’s tallest building, shop at an ancient souk, and celebrate your travel triumphs beside an infinity pool on a man-made island. To top it all off, pop the bubbly every Friday in a feast fit for a Sheikh at Spectrum On One’s boozy brunch beginning and ending with free-flowing Moët & Chandon.

Where to Stay: Stay at the homegrown Jumeirah Zabeel Saray, an opulent ode to the Ottoman Empire on the Western crescent of Jumeirah Palm Island. 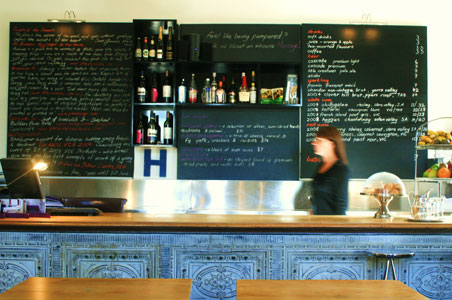 Don’t balk at the idea of the long flight…Melbourne, Australia’s it-and-a-bit darling, is worth it. Highly ranked on almost every "world’s most livable city" list, it’s a cultural, art, and design hub hiding in a horseshoe-shaped bay along Australia’s Southeast coast. Add to this its unofficial title of Down Under’s food capital, and find out why edgy eateries like Vue du Monde are the rule, not the exception.

Where to Stay: Housed in a 100-year-old mansion, The Hatton’s restored Italianate bones secure its position at the helm of Melbourne’s best boutiques. While the interior’s shabby-chic decor gets top marks, it pales in comparison to the cityscape views from the roof deck. From $183/night.