News Apeksha Bhateja What Are the Chances You'll Get Monkeypox at a Hotel?
NewsFuturistic Luna2 Hotel to Open in Bali

Bali has long been known for its throwback tropical seduction but with the September opening of Luna2 Studios the island is poised to attract jetsetters in search of design, fashion, luxury, and the ultra-hip. 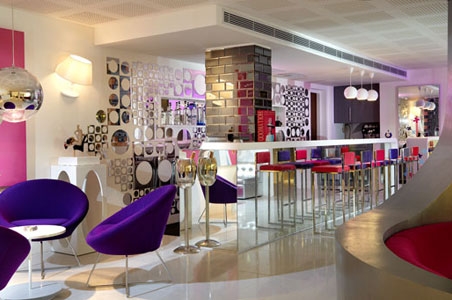 Melanie Hall—owner of the brand-new 14-suite hotel in Seminyak and the daughter of an architect who introduced her to modern design during the 1950s and 1960s—merged nostalgia with futurism in every nook and cranny. Inspired by the primary-color palettes that exist in Lego bricks, Monopoly game boards, Rubik’s cubes, and works by Dutch painter Piet Mondrian, the hotel is just a short walk from the beach and a 20-minute drive to the airport. Named for the first spacecraft to land on the moon, during the 1950s, there’s a nod to cosmic spaces throughout. In another nod to futurism, an environmental ethos includes using green cleaning products, low-voltage lighting, and recycling of waste. Herbs are grown on the hotel’s rooftop and as much produce as possible is bought from local farmers who eschew pesticides in favor of organic crops. 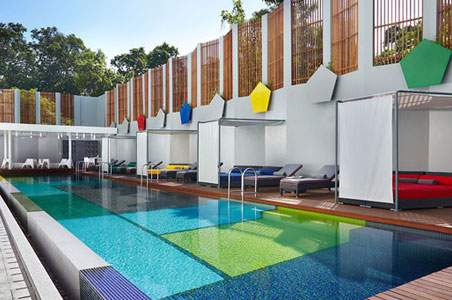 A 16-seat movie theater dubbed the Lunaplex (screening a mix of new movies and old classics three times a day and serving gourmet hot dogs and popcorn-infused drinks), Space (a rooftop bar), and a color-block mosaics swimming pool complete with underwater sounds make this a playground for adults. Other common spaces in the hotel include Orbit (its restaurant) and Fuel Station (a fitness center with everything from personal-training sessions to poolside massages). Dishes at Orbit are crafted by executive chef Brenden Peace and influenced by pop culture, also featuring cosmic references. An underground wine cellar appeals to wine-loving guests. 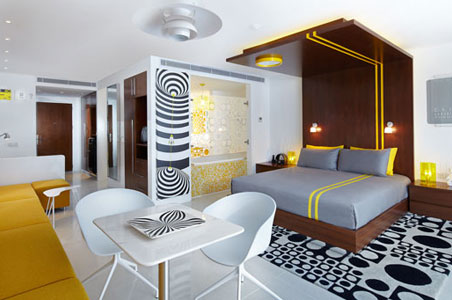 Each open-floor plan suite is decorated with a primary color—blue, red, yellow, or green—and works by Dutch artist Irene Hoff hang on the walls. Hall herself designed and made the modular furniture and chose accessories sourced from around the globe. A pre-loaded iPod (plus a docking station) ensures you’re never without good tunes. An iPad and two retro appliances (a Brionvega television and colorful Smeg fridge), along with a snack bar stocked with Champagne and Chupa Chups lollipops alike, complete the look.

This summer, rates start at EUR 300 ($398). Booking three nights means you only pay for two (this special includes breakfast).

Two more Luna2 Studios hotels are planned in the future: in Phuket, Thailand; and Niseko, Japan.