News Apeksha Bhateja What Are the Chances You'll Get Monkeypox at a Hotel?
News5 Fun & Spooky Halloween Adventures

Haunted houses, ghost tours, and corn mazes are all great ways to get into the spirit of Halloween. But many attractions and events this year are upping the adrenaline ante with interactive elements—think obstacle courses where you try to avoid getting "infected" by zombies, or a maze that requires you to face phobias like insects. In addition, there are endless offerings to break a sweat in a spooky setting, with a whole new host of Halloween-centric outdoor activities. Here are five of our favorite freaky outings that will really make you earn your candy this year. 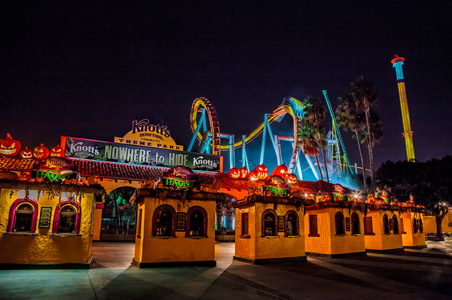 Knott’s has done a remarkable job improving the quality —and, with it, the thrills—of its Halloween offerings of late, and 2013’s version promises even more scares of the interactive variety. Of note this year are six new mazes, including "Trapped: The Experience." The maze, which costs $60 for up to six people, features a series of door-less rooms with various phobias and puzzles that visitors are confronted with—like eating bugs or escaping a giant rat cage—in order to make their way out. Book early, as "Trapped" sold out every night last year when it debuted. 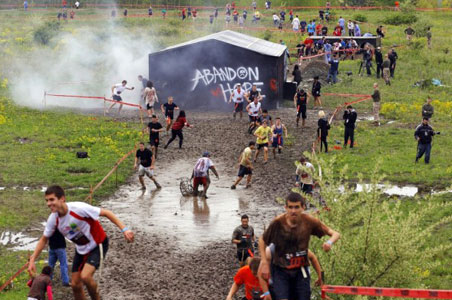 Not only will your speed, strength, and endurance be tested in this 5K obstacle race, so will your ability to outrun frenzied zombies who want to eat your brains. Obstacles at the events, which take place through December nationwide, may include navigating an oppressive maze, a pit filled with "blood," or a smoke-filled cabin (complete with electric shocks), all the while with crazed zombies in hot pursuit. Interested in joining the ranks of the undead? You can show up in clothes you don’t mind getting muddied and bloodied during a pre-race zombie transformation. An epic Apocalypse Party, complete with a DJ and free beer to toast your survival (or "infection"), rounds out the action. 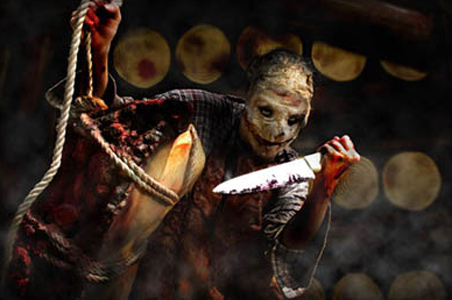 Though a stripped-down option for this popular haunted house in which visitors could walk through naked was nixed, the attraction may still scare the pants off of you. A new offering this year is "Prison of the Dead Escape," which is similar to flag football, but with a freaky twist. In the game, visitors can choose to be humans or zombies. Humans receive belts with three flags representing the human brain, heart, and entrails, with the goal of trying to make it through with at least one organ. Zombies, meanwhile, are transported to various locations throughout the attraction to try and grab those "organs." 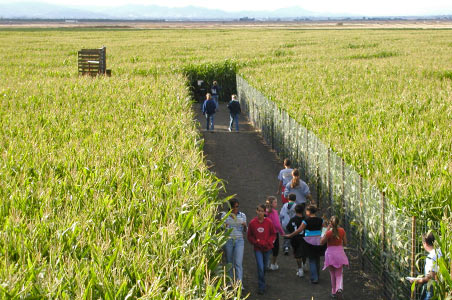 Now in its 14th year, this popular attraction features one of Colorado‘s largest corn mazes (this year’s rather somber design is a bald eagle, shedding tears, in response to the country’s various natural disasters), but there’s plenty more to do than just navigating the endless stalks. Returning this year is the paintball adventure, in which participants are carted off on a grim, gray bus into the cornfields to try and pick off escaped "Alcorntraz" prisoners; by night, the “prey” is swapped out for zombies. Those with a fear of heights can confront their phobia on an elevated ropes course, zip line, or even a helicopter ride over the corn maze. (And for those who prefer scaled-down scares, tickets are priced accordingly.) 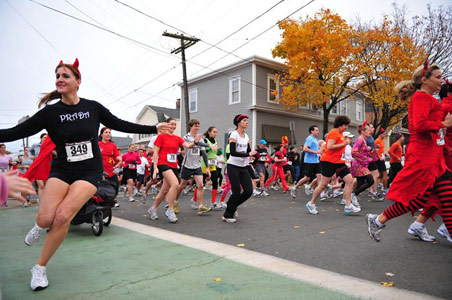 The spooky setting of the Salem Witch Trials of 1692, when women accused of witchcraft were burned at the stake, is a fitting backdrop for a spirited race that pits dozens of devils running like hell through the streets. The locals are friendly and supportive—some have been known to offer runners Bloody Marys on the course—and a zombie flash mob, which is open to anyone, is a fun finale. The fourth-annual race takes place on October 26, with a costume contest for the best-dressed devils (as well as another category for general Halloween costumes).