News Christina Mueller Yes, You Can Visit Los Angeles Without a Car. Here's How to Use the L.A. Metro Subway System
NewsFrom the Forums: Weighing in on Solo Travel in India

From the Forums: Weighing in on Solo Travel in India 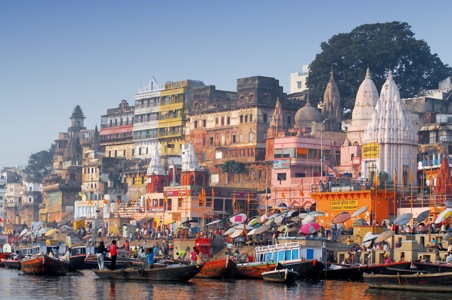 In the wake of December’s fatal attack on a female bus rider in India, travelers have been readjusting their attitudes towards the country and the risks involved in solo travel. In the Fodor’s Forums recently, we asked whether the New Delhi incident would discourage travelers. Here’s what we found:

While our readers were deeply troubled by last year’s attack, many argued that safe solo travel for both men and women relies on common sense and cautious expectations, no matter where you are.

Several users commented on the importance of perspective. Jaya wrote: "India is no more dangerous than it has been at any other time. Riding the local buses has always been risky for Indian women, but some don’t have other travel options. There is no need to not travel to India. As always, common sense and awareness of one’s surroundings is smart traveling."

Jacketwatch added that there are other pressing travel concerns in India. "This won’t stop us from going," he wrote. "My big concern about going is health (hopefully no Delhi belly) and not getting ripped off."

Still, there were those who felt they couldn’t overlook the incident. Crosscheck said in a two-part comment: "I felt very safe in India as a traveler several months before this happened. As much as I fell in love with the people and the culture (a travel highlight after visiting 60+ countries), this unconscionable level of violence and sexism has made me less anxious to return. If my kids were young women, I would not want them alone on buses like the traveler in the video."

Several female readers who had traveled in India commented that they had felt uncomfortable due to unwanted attention from men, while others rebutted that the discomfort came from unfamiliarity with harmless cultural differences.

Mrwunrfl summed up the discussion with the following thought: "The danger was not perceived, though in reality it did exist. Now, after that event, you are aware of the danger and can avoid it. That awareness keeps you safer now than before." Others hypothesized that whichever way the travel trends swing may affect, in small part, the action taken to prevent such incidents. Crellston commented: "Maybe if fewer people travel to India as a result and are vocal about it, then this will ‘encourage’ the authorities to take some real and sustained action."

The long-term effects to India’s tourism industry remain to be seen, but it’s clear that Fodor’s travelers are closely evaluating how they’ll travel through the country. Would you be comfortable planning a solo trip to India right now? Visit the Fodor’s Forums to share your opinion.