News Larry Bleiberg You Can Finally Look Inside This Stunning D.C. Landmark. But Only for Another 25 Days
Home  >  News   >   Summer Fun: New York’s Top 12 Free Experiences 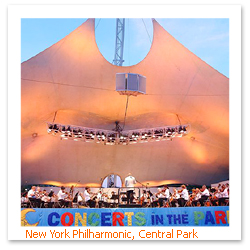 When a single night’s stay in New York City costs half of your monthly mortgage payment, budgeting a trip to the Big Apple can be tricky. Before you rule out a trip this summer (or refinance your home), consider adding these top summer picks to your itinerary. All are family-friendly and best of all — free!

Play in the Park

It was enjoyed primarily by the city’s elite in the late 1800s, but today Central Park attracts a wide swath of New Yorkers and tourists. Join in the action — jog the 843-acre park’s 6.1 mile loop, throw a Frisbee on the Great Lawn, or sail a model boat on Conservancy Lake. The park encompasses three of the city’s best free summer traditions — Public Theatre’s Shakespare in the Park, the New York Philharmonic’s Concerts in the Parks, and the SummerStage concert series.

Ask the Forums: “Where’s an inexpensive lunch spot on the Upper West Side?”

Marvel at the Masters

How many of the city’s museums can you jam into one trip? Thanks to the pay-as-you-wish hours of several city museums, your answer depends on how much your eyes and feet can bear. If you’re on a tight travel budget, plan accordingly and be ready for elevated levels of elbow bumping.
Cooper-Hewitt, Tuesday, 5-9 p.m.
MOMA, Friday, 4:30-8:15 p.m.
American Folk Art Museum, Friday, 5:30-7:30 p.m.
Whitney Museum of American Art, Friday, 6-9 p.m.
Guggenheim Museum, Friday, 5:45-7:45 (last entrance at 7:15)

Ask the Forums: “What New York museums are best for history buffs?”

See the Stars Under the Stars 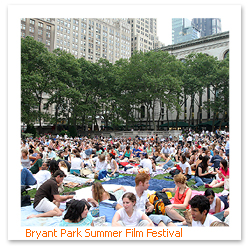 Catching a glimpse of a Hollywood legend on your trip is not out of the question, but for a true, larger-than-life encounter with your favorite film stars of yesteryear head to Bryant Park for its free weekly outdoor film screenings. Films begin at dusk, but moviegoers arrive early to enjoy a dinner picnic. Check out this summer’s schedule, which includes such classics as Annie Hall, The Sting, and Casablanca.

Ask the Forums: “Where do the celebrities go in NYC?”

The borough of Dodger’s fame is back and booming, so a visit to Brooklyn is a must-do. Cross the East River via the Brooklyn Bridge’s footpath to DUMBO, a gallery-packed neighborhood just under the bridge on the Brooklyn side. Fresh ice cream and your trip’s best photo-op await on the Fulton Ferry Landing Pier. If it’s a hot day, take the A/C train to High Street in Brooklyn to limit your walking time on the return trip.

Ask the Forums: “Where is the Brooklyn Bridge?”

Move to the Groove

The musical program of the River to River Festival, a summer-long arts festival, offers an incredible range of acts, from up-and-coming hipster bands to boomer legends. All concerts are free and held outdoors in public venues throughout Lower Manhattan, including South Street Seaport.

Ask the Forums: “What are some non-touristy NYC clubs that feature live music?” 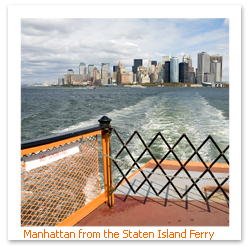 For sweeping views of Lower Manhattan without the long lines of the Ellis Island/Liberty Island Ferry, hop aboard the free Staten Island Ferry connecting Manhattan to Staten Island. On sunny summer days, the 25-minute ride is best enjoyed on the ferry’s open-air deck.

Ask the Forums: “Will I get a good view of the Statue of Liberty from the ferry?”

Your stroller-bound wild child should appreciate a trip to the formidable Bronx Zoo, home to more than 4,000 animals. General admission is by donation on Wednesdays; some of the zoo’s newest exciting exhibits, like Congo Gorilla Forest, require an additional fee.

Ask the Forums: “Is there anything else to see in the Bronx other than the zoo?”

Coney Island’s salty shores may be murky, but its boardwalk is great for people-watching. A few snapshots of Astroland, the beach’s old-school theme park, are essential. The theme park was bought by a real-estate company in 2006 and will close at the end of this season.

Ask the Forums: “Is Coney Island Worth Visiting?”

Harried New Yorkers head uptown to Wave Hill, Bronx’s 28-acre public garden and arts center, for a quick slice of serenity. The facility’s multiple gardens, conservatory, and art gallery, not to mention the best views of New Jersey’s Palisades, make this one soulful spot. It’s free on Tuesday, Saturday mornings (9-12 p.m.), and every day during December, January, and February.

Ask the Forums: “Where do couples go in New York for a little romance?” 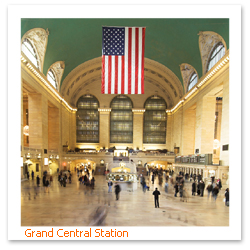 Millions of commuters flood into Grand Central Station each weekday, but how many truly know the terminal’s history? Take a tour with veteran guide Jason Ferate for a quick introduction to the station’s nooks and crannies. Mr. Ferate leads several tours, including a free 90-minute tour on Friday afternoons at 12:30. The tour leaves from the front of the Whitney Museum on 42nd Street.

Ask the Forums: “Have you taken Mr. Ferate’s tour?”

Pick up gardening tips and inspiration at Bronx’s New York Botanical Gardens, a 250-acre spread of 50 gardens. The grounds may be toured free on Wednesdays and 10-12 a.m. on Saturdays. Admission to the garden’s conservatory and special exhibit area is $16 for adults.

Ask the Forums: “Should I go to the Brooklyn Botanical Garden?”

Paddle on the Hudson

Nothing like a morning paddle on the Hudson to wake the senses! The Downtown Boathouse, a non-profit kayaking club headquartered in the Hudson River Park, has been making this an opportunity for visitors and locals alike for over a decade. Walk-up public kayaking is free, open to all skill levels, and is offered on weekends and holidays from May 12 to October 14.

There’s nothing like the sights and smells of a crowded New York Street Festival — take it all in at one of these famous block parties this June:

Ask the Forums: “Will my teen enjoy a walking food tour of the West Village?”