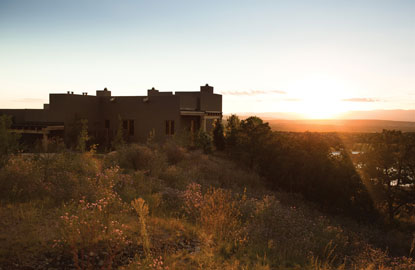 Four Seasons Hotels and Resorts announced this week that they reached a management agreement with the long-sloved Encantado Resort in Santa Fe, New Mexico. The property will be renamed the Four Seasons Resort Rancho Encantado Santa Fe. Yes, it’s a mouthful, but it’s a Four Seasons, so can you really complain?

The resort includes 65 casitas, Terra restaurant, meeting rooms, fitness programs, and a pool, as well as a luxury spa which features both traditional treatments and ones inspired by the native culture of the region.

"This is an exceptional property, one that we are very proud to add to our growing portfolio," said Craig Reid, president or hotel operations for the Americas at Four Seasons in a statement to the press. "With its outstanding location in the unspoiled wilderness of the Sangre de Cristo foothills, its highly regarded restaurant, and a spa inspired by the unique healing traditions of the area, it’s the perfect opportunity to introduce Four Seasons guests to a new destination, and to offer the resort’s many long-time fans in the community a Four Seasons-style experience in Santa Fe."

The company has pulled Cindy Racco, Resort Manager at the Four Seasons Resort The Biltmore in Santa Barbara, to be General Manager of the Encantado. The renaming will take place after a short transition period, and according to the Four Seasons, should be complete in the next several weeks.