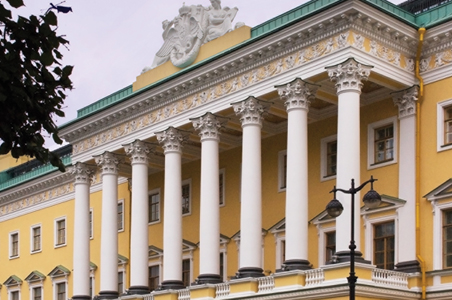 In early July, a 19th Century royal palace in Russia’s capital city of St. Petersburg completed its transformation into a luxury hotel. 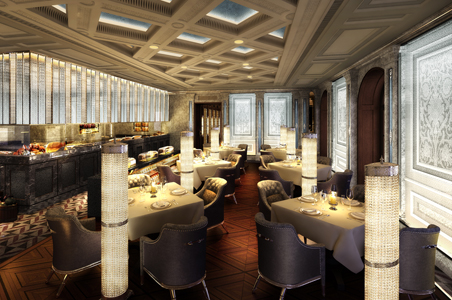 Once it opens in October, Sintoho will craft cuisine inspired by Hong Kong, Tokyo, and Singapore for nightly dinners. Guests can eat at either a sushi bar or in the dining room (which includes a teppanyaki table). At Percorso, set to open this month, Italian dishes are served on the ground floor with views of St. Isaac’s Cathedral. An open kitchen and what’s been dubbed St. Petersburg’s best wine cellar make this a dining destination for both lunch and dinner.

The hotel’s Tea Lounge features a glass-ceiling garden inside what was once the palace’s courtyard. From a breakfast of eggs to steak prepared in a lava-stone grill for dinner—and, of course, lavish afternoon-tea service—the lounge is a popular spot. Dishes and drinks with local accents include smoked Siberian venison carpaccio with marinated foie gras and glasses of glogg wine. At Xander Bar, named for Tsar Alexander I who ruled during the palace’s construction, a library-style ambiance is matched with cognac, cigars, Champagnes by the glass, and appetizers. 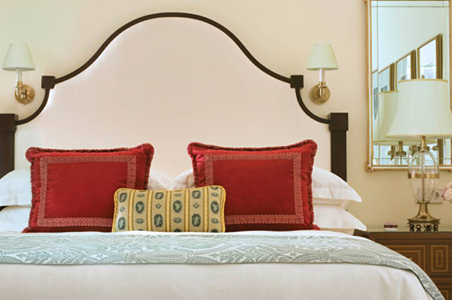 In typical Four Seasons fashion, each of the 183 rooms—including five room categories and 26 suites—is stocked with little luxuries like L’Occitane, Hermès, and Bulgari toiletries; an illy espresso machine; iPod docking station; a DVD player and down duvets. But what’s different than other Four Seasons properties is the meticulous restoration back to when the hotel was a palace. High ceilings, marble bathrooms, and large windows are just three of the posh perks.

Eight treatment rooms at the spa are joined by a 24-hour fitness center and a top-floor relaxation pool (sunshine streams in through its glass roof). Inside the traditional Russian steam room, birch branches to invigorate the skin (through gentle tapping) enrich the experience. That it’s designed around a triangular-shaped courtyard that was once part of the palace’s daily living is a reminder of the building’s history.