Rome’s Jewish Quarter was established in 1555; for centuries, the enclosure was afflicted with pestilence and poverty. Now, a stroll down Via del Portico d’Ottavia—the quarter’s main artery—is far more pleasure than pain. The cobblestone street and its offshoots are peppered with art galleries, boutiques, ruins, religious sites… and some of the best food in Rome.

Many of the quarter’s most famous dishes originated between the 1500s and the 1800s when, by law, its three gates were locked after sunset. Humble ingredients like artichokes, cod, zucchini, and dried beef (subbing for pancetta) feature regularly. As in traditional Roman cuisine, elements of “the fifth quarter” (offal) are used, but organ meats are roasted prior to cooking to remove any trace of blood, as per religious standards. The most famous Roman Jewish dish is undoubtedly carciofi alla romana—”Jewish-style” artichokes, beaten against a hard object until they open like a sunflower and then deep-fried.

Don’t go in without a plan; here’s a shortlist of the best culinary bets in the neighborhood. 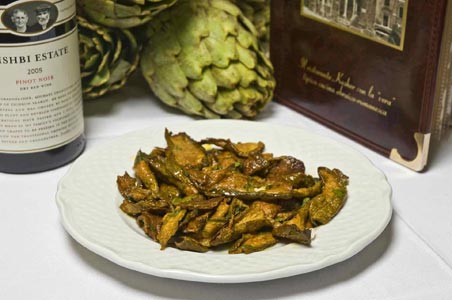 La Taverna del Ghetto: You could easily overlook this unassuming restaurant with its simple awnings and handful of tables set up outside the entrance. But inside, the Murano crystal chandeliers and exposed stone walls hint at the elegance of its offerings. You’ll also find Libyan-Jewish specialities here, like shakshuka and burik. The trio of fried appetizers—zucchini flowers, cod, and Jewish-style artichokes—is phenomenal.

Nonna Betta: “Grandmother Betta“‘s cozy, narrow restaurant features two menus—one for meat and one for dairy. Start off with a dish of concia, “Jewish-style” marinated zucchini, and dive into plates of spaghetti all’amatriciana with dried beef or cod with tomato and onions. 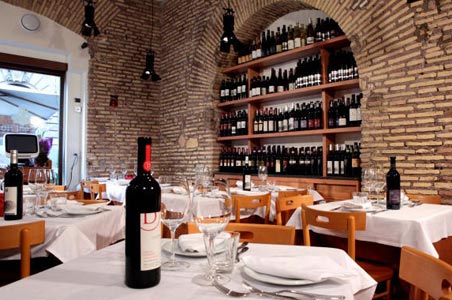 Ba” Ghetto: Ba” Ghetto takes Kosher to the extreme with two separate restaurants; one for meat and another up the street for dairy. Ba” Milky (the dairy location) serves pizza while Ba” Ghetto (the meat location) is sleek and modern, with a cantina of Israeli and Italian wines and a strong emphasis on Libyan dishes. Try the “mixed sauces” plate—hummus, tahini, babaghanoush, and fiery harissa. 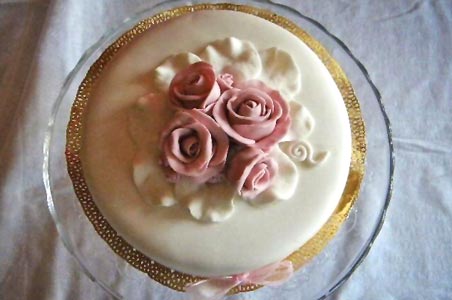 Kosher Cakes: New in the neighborhood, Kosher Cakes capitalizes on Italy’s hugely popular American pastry trend, except that everything’s Kosher from the cupcakes to the chocolate chip cookies. How do the Kosher Italian versions of American sweets stack up to the real thing? The results are surprisingly delicate and extremely delicious. For old-school customers, Kosher Cakes also bakes traditional Roman-Jewish pastries like ricotta and sour cherry crostata on request.

Il Boccione: This tiny 200 year-old bakery is nothing fancy—white walls, spartan counters, and seemingly burnt pastries heaped upon metal trays; no sign. One might even be tempted to turn away at the door…until that first heavenly whiff of cinnamon. Try the “Jewish pizza” – a sweet brick of bread studded with candied fruits, pine nuts, and almonds, and you’ll be hooked. Via del Portico d’Ottavia, 1, 00186