It seems that some of our favorite celebrity chefs are getting restless in the kitchen. Over the last few years, a decent crop of chef-owned boutique hotels and inns—from Las Vegas to Tuscany—have opened, potentially charting a new course in the world of celeb-chef-empires. (Admit it, you know you’d stay in a Batali-owned hotel.) What’s not to love about a place where you can sleep and nosh in style? 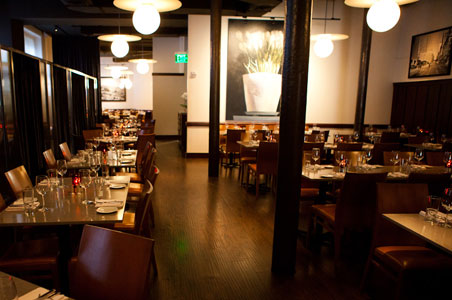 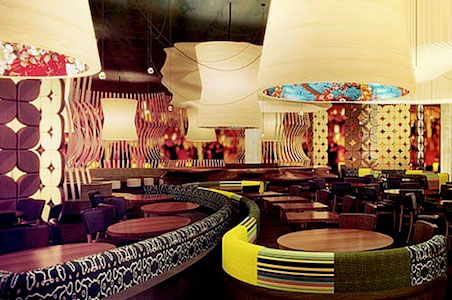 Open only since February, the 181-room Nobu Hotels Caesars Palace already has celeb cache: actress Kate Winslet calls it "heaven on Earth." Yet seasoned foodies can trace Nobu back to its late 1980s beginnings with Matsuhisa in Beverly Hills, which snowballed into 25 Nobu locations across five continents in cities as varied as Dallas, Perth, and Dubai. The trio even used the same designer as its restaurants (David Rockwell), infusing flair in each room with natural materials such as teak and stone inspired by crisp, minimalist Japanese design (case in point: a wall of shodo-style calligraphy in each room). Offering upscale Japanese cuisine, the sashimi, sushi, and yaki, Nobu (the restaurant) is stunning, with a sushi bar and teppanyaki tables. Coming soon: Nobu Hotels in Riyadh, Saudi Arabia; London; and Bahrain.

Insider Tip: Don’t limit yourself to snagging a reservation at the largest Nobu (12,000 square feet). The hotel’s lounge is just as decadent with lobster ceviche, Kaluga caviar, and foie gras burgers. 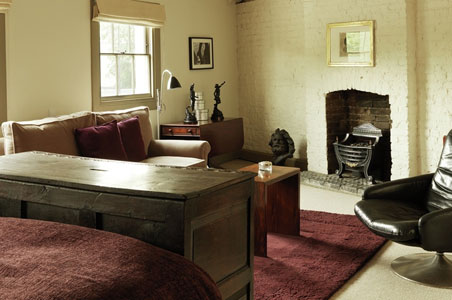 A huge plus for the 10-room York & Albany—open since 2008—is the easy access to central London. But the inn isn’t so shabby itself. Each uniquely designed room is outfitted with decorative arts and antiques, plus Egyptian-cotton bed linens. Breakfast, lunch, and dinner can be had under the same roof (in a former stable), including pizzas baked in a wood-burning oven (topped with ingredients like salted anchovy, Stilton cheese, roasted aubergine, and grilled courgette), red wine and Stilton risotto cakes, toffee pudding, or dill-cured Scottish salmon.

Insider Tip: Ask for the "Dine & Stay" package (starting at £199 per night), which includes accommodations, a three-course dinner for two, and an English-style breakfast. 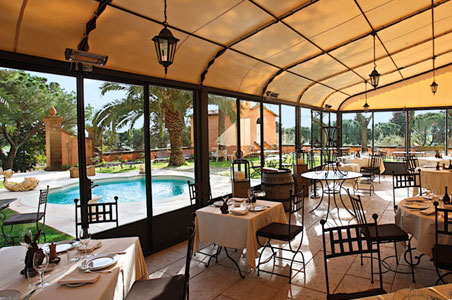 Is there anything better than bunking at an adorable inn in France or Italy owned by a famous French chef? Think of the turndown service, evening canapés, and morning pastries…Whether it’s a stay at the 10-room L’Hostellerie de l’Abbaya de la Celle on a vineyard tucked into the winemaking region of Haut-Var (the crispy-bacon risotto is a guest favorite); a stone house with a swimming pool among olive groves and lavender fields at La Bastide de Moustiers (the menu shifts daily to reflects what’s fresh and in-season); or the 33-room L’Andana with its gardens, ESPA spa, and outdoor pool (cakes are served at the spa), this will go down as one of your all-time-favorite food adventures.

Insider Tip: All of the inns offer cooking classes, a bonne opportunite for budding chefs.