News Apeksha Bhateja What Are the Chances You'll Get Monkeypox at a Hotel?
NewsFood-and-Wine-Lover’s Guide to Croatia

Sunbaked and mountainous, the islands of southern Croatia feel especially cozy in the fall when summer crowds have thinned and breezes have cooled. Much of this rugged landscape, with its sandy soil and rocky slopes, is surprisingly well suited for grapevines and olive groves. Between sips of wine, be sure to feast on freshly caught fish, including some of the Adriatic’s tastiest lobster, mussels, and oysters. Fishermen here only recently became subject to EU rules; traditional Croatian fishing methods could soon be overrun by large-scale trawlers, so now is the time to dig in. Hop ferries, ride bikes, or stroll beachside paths as you taste the food and drink from the Roman ruins of Split to the tiny villages of the Peljesac peninsula. 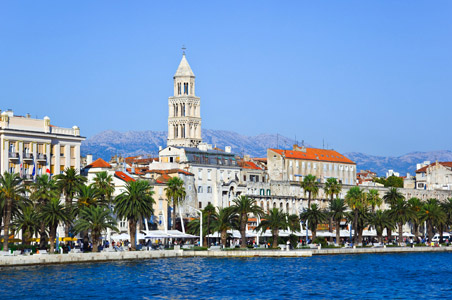 Begin on the mainland in Split, a compact city known for Roman ruins and a bustling Pazar Market, open daily from 7 am-2 pm. Stroll down Hrvojeva Street and chat with vendors selling seasonal fruits and vegetables, like wild asparagus and pomegranates, as well as oils and vinegars, honey and freshly cut flowers. Small shops filled with cheese and dairy line the market stalls, which sit beside the Silver Gate entry to Diocletian’s palace, built for the Roman emperor around the turn of the 4th century AD. For lunch, head to Konoba Hvaranin, a traditional family eatery dishing up bowls of gregada, a Croatian fish stew fragrant with parsley and olive oil. Evenings in Split are best spent at one of the city’s cozy wine bars. Klub Gurmuna i Hedonista, tucked inside an old stone building in the Radunica neighborhood, pours glasses of Croatian wines, including light-bodied Posip, a white varietal from Korcula island. 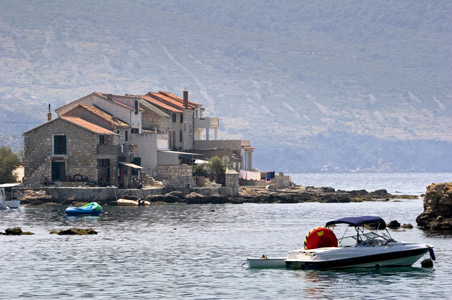 From Split, catch the ferry Vis, about two-and-a-half hours away. Crack open delectable lobster and try the local specialty, Viska Pogaca, focaccia-style flat bread stuffed with sardines. Vis eats stand out thanks to a combination of climate and respect for tradition: The island’s fishermen have long been considered some of the finest in the region, particularly in the village of Komiza on the western side of Vis. The Komiza Fishing Museum holds traditional gear, like falkusa, a narrow boat made of cypress and oak wood. Vis also produces Bugava, a rich, sweet white wine, and Plavac, a red wine made from Plavac mali, the oldest known black grape varietal. 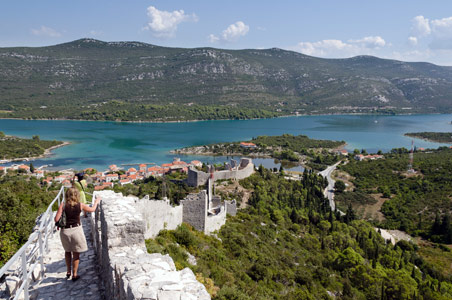 Next, head back toward the mainland to the mountainous Peljesac peninsula. Here, the twin towns of Ston and Mali Ston offer up amazingly fresh shellfish, best eaten near the beautiful beaches. Begin in Ston, home to one of Europe’s oldest natural saltworks dating back to Roman times. Workers still harvest the old fashioned way, using shovels to scoop up salt from small pools near the shore of Ston Bay. Local saints’ names designate 12 pools, which catch salty water and allow it to evaporate and dry out in the hot wind.

Naturally, where there’s salt water, there’s shellfish, and Mali Ston doesn’t disappoint. The waters of Malostonski Bay provide the ideal habitat for oysters and mussels, thanks to natural Karstic springs, and an abundance of phytoplankton, salt, and vital minerals. The bay teems with European flat oysters called kamenice, found from the Norwegian coast to Morocco, and mussels, called dagnji. Slurp down these tasty mollusks at one of the many casual harbor-side restaurants. 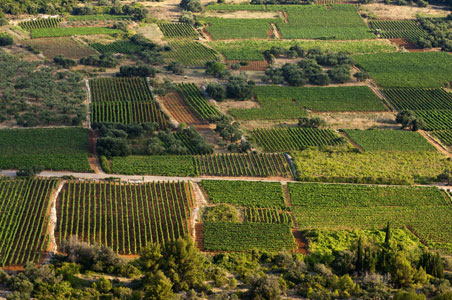 Vineyards dot the Peljesac Peninsula and produce both light-bodied white wine, called Posip, and full-bodied reds made from Plavac mali grapes. Winemaking is a centuries-old tradition here, and what’s more, researchers concluded in 2002 that California’s famous Zinfandel grapes originated on the Dalmatian coast as Crljenak KaÅ¡telanski. Miljenko Grgic, who produced some of Napa Valley’s finest Chardonnay in the 1970s, is among the best-known Croat winemakers. He runs Grgic Vina winery (open daily from 10-5) with his daughter in the town of Trstenik. About ten miles away, the steep slopes of the Dingac wine district emerge. The area’s rocky soil and intense sun make for perfect Plavac mali growing conditions. Be aware that Dingac is not only an area, but it’s also a winery (Vinarija Dingač) and a type of wine that can only be produced here. Try Bura Dingac, an organic red made with native yeasts and sun-shriveled grapes at Niko Bura’s Bura-Mrgudic winery. 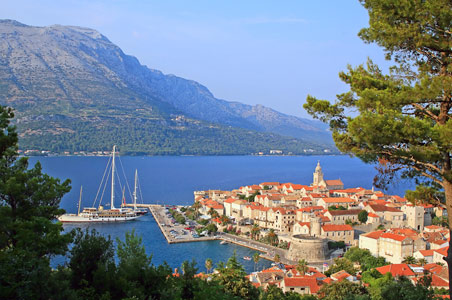 Counteract salty seafood with traditional sweets on the island of Korcula, accessible via a ten-minute ferry ride from the town of Orebic on the Peljesac peninsula. Don’t miss Cukarin, an 18-year-old shop laded with freshly baked Dalmatian desserts. Nibble on fresh klasun, small sugar cookies filled with walnuts and rose brandy. Or tuck into Marco Polo bombica, a cannonball-shaped chocolate walnut cake filled with cream, named for the nearby battle that resulted in the explorer’s capture. Afterwards, explore this laid back island from the seat of a rented bicycle, stopping to laze on the rocky beaches and take in views of coastal Karstic mountains.