News Tina Charisma 'Regenerative Travel' Is the New Buzz Phrase, but What Does It Mean?
Home  >  News   >   Follow Favorite: tubeinblackandwhite 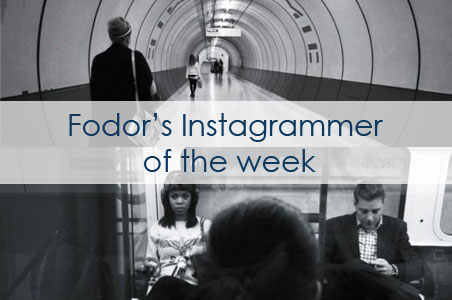 There’s an arresting, poignant nostalgia to photographer/Instagrammer Andrew Dearling‘s monochrome photos of the London Underground—even though he uses a Sony NEX 5 to capture them. Something about the simplicity and austerity of the shots—which Dearling "often gets caught" taking—makes them timeless captures of everything in transit, from lovers to bankers. Dearling posts a picture a day of the Tube, but they’re so striking you can almost feel the whoosh of wind through the tunnel as trains whiz past, or the sleepy silence of a morning commute. It isn’t an easy feat to capture the odd juxtaposition of isolation and camaraderie that comes with being squeezed into a speeding train car with the rest of a sprawling city, but this ‘grammer does it.

Want to be our next weekly dose of travel inspiration? Follow us on Pinterest, Instagram, Facebook, and Twitter and be sure to tag your posts #FodorsTravel so we know you want us to take a peek. Be sure to check back next week to see another featured Fodor’s follower!