News Sorrel Moseley-Williams The New President of Chile Has Chosen a Very Unusual Place to Live
NewsFodor’s Travel Tastemakers: The Cool Hunters Behind Project No. 8

Fodor’s Travel Tastemakers: The Cool Hunters Behind Project No. 8 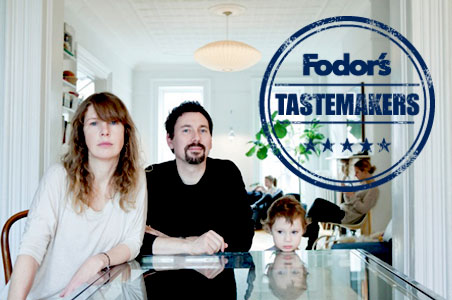 We all strive to be the first to discover something cool, whether it’s a place, person, or thing. But being able to make a living of doing that consistently is an art form. And it’s an art form that husband-and-wife team Elizabeth Beer and Brian Janusiak have mastered. The owners and operators of Project No. 8 in New York City and Berlin’s Arratia Beer Gallery, they are expert purveyors of what’s new, cool, and unique. What’s more, they’ve partnered with another one of our Tastemakers, Ace Hotel’s Alex Calderwood, to redefine the travel/hotel shop.

Elizabeth and Brian, our first husband-and-wife Tastemaker pair, are on the endless hunt for what people are creating now around the world. Their travels have taken them from Japan to Greece and back again, where they talk to people—art-lovers, shop owners, shoppers, fellow travelers—about what’s useful or interesting, about who’s making new products, and about what people are most excited about right now. And they’ve gotten so good at scouting awesome finds on the road, they actually check their bags just to bring it all home. We’d scout sweet stuff with them anywhere in the world at any time. We’re just waiting for the invite.

New to our Tastemakers series? Well, there is more where this came from. Check out the whole lot here!

What made you want to open Project No. 8?

Opening Project No. 8 came out of a conversation we had been having about distribution. We were wondering about the things we were making, and things we were seeing, and wondering what would be the ideal way to put them in the world. There was so much happening online and it was all about this at that moment. It has an undeniable power to get things everywhere, but it seemed not to match what we were thinking somehow. We thought the worst idea would be if we opened a retail store. The dumbest way to deal with it, in a way. So we did that.

We opened the store in 2006 thinking it was a small digression from our art/design practice/studio. It proved to be much more open-ended than we had anticipated and gradually took over.

The advantage of having a space that is open to the public is that you create a random—and fluctuating—community. This offered far more possibilities than we had expected. One of the things that prompted us to think about a opening a storefront space was seeing all the things that people around us were making but had no obvious home for, their digressions. We were interested in what people did on their own in their spare time for themselves. There is something exciting about working in unfamiliar territory.

And how did Project No. 8 in the Ace Hotel develop?

We were approached by Ace Hotel and asked if we would like to open a space at the New York Ace Hotel about 4 years ago. We jumped at the chance to bring what we were doing to a hotel and to see how we could start to redefine the hotel shop, which was badly in need of rethinking. The question for us was how to make the best travel/hotel store we could imagine. We gave it a lot of thought and found we had a pretty long list of ideas, based on all the places we have been. It is a little bit of everything we have tried to find along the way. As designers, we travel one way. As business owners, we travel another way. As parents, yet another…and on and on. We have traveled in so many places and we found we’ve developed quite a lot of opinions of the shop we wish were in any given hotel where we were staying.

How do you find the items you stock in your stores?

We find stuff everywhere we go. That’s part of what is fun for us—looking and talking to people. Mostly by always keeping an eye out whenever we travel, both in the world and online. But some things you just stumble upon and become excited about somewhere along the way and other things are found when someone you trust and respect says, "Hey, I saw this and thought you’d really like it!" We try to make sure that there is always something new to be excited about, for everyone including ourselves. We both tend to be attracted to things that are not widely found in the New York, which often also means in the country. We love the process of discovery, both for ourselves and for the people who are introduced to a designer through the stores. 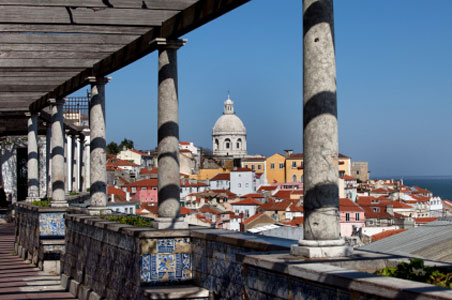 Do you have a favorite destination for shopping and finding new things?

We had a wonderful time in Lisbon last year. We are in Berlin often so we find things there invariably. Japan of course. Greece. There is always something good in a stationary store.

Where are your favorite places to shop in NYC?

Kiosk in Soho, A Detacher in Nolita, Phillips De Pury store on 57th Street, Mondo Cane in Tribeca, Matter in Soho, Zero by Maria Cornejo in Nolita, Makie in Soho…

Elizabeth, tell us more about Arratia Beer Gallery in Berlin. How did that come about?

It was started as a project space in 2006 but evolved fairly quickly into a regular gallery with an ambitious program of producing original work. It now represents 8 amazing artists.

Is there a destination on your radar that has a great emerging art scene?

Lebanon and Egypt. Mexico City is not emerging but is a great place to see art and meet with artists.

What kind of travelers are you—carry-on or checked bags?

We usually check our bags now because it is even more stressful carrying them on the plane. You never know if you will get a spot in the overhead or will be forced to check your bag at the gate, the rules seem very arbitrary. Also invariably we bring home presents for our family and friends so we leave room when we go.

For Brian, Rimowa bags and multiple phone chargers. For Elizabeth, a large scarf that can be used as a plane blanket, can act as an extra layer for a drop in temperature, and is good for daytime into night-time and moves easily from casual to dressy.

What’s the best trip you’ve both been on recently? 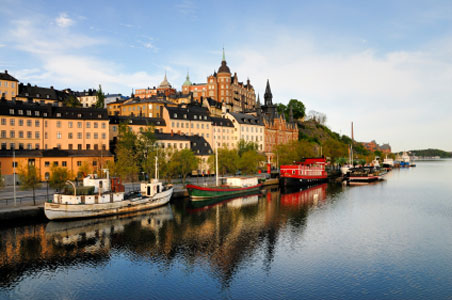 What’s the first thing each of you does when you arrive somewhere new?

Take a walk. Have a coffee. Go to a hardware store.