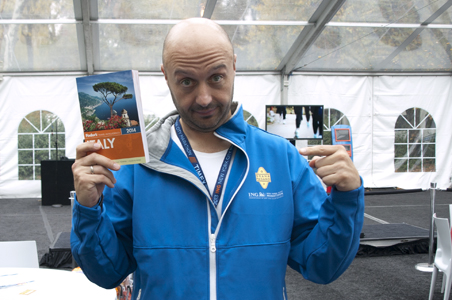 Growing up in New York City as the child of Italian immigrant parents who joined the restaurant business, Joe Bastianich has been surrounded by food and Italian culture his whole life.

And as an adult he decided to make his own mark on America’s food scene. He’s opened many restaurants around the world, established multiple wineries, co-authored two books about wine, and is a judge on MasterChef. He’s also a father, husband, and avid marathon runner.

With so many places to be and things to do, you can see why we were so excited to sit down with Joe and get some of his expert food and travel insight. 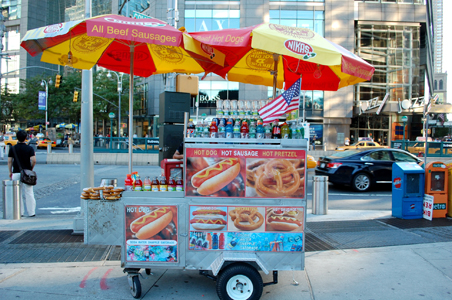 You grew up in a NYC restaurant family, what are some of your best childhood food memories?

New York’s such a great food town, whether it was lunch in Brooklyn with my grandpa on Saturdays or my favorite, dirty water dogs from vendors outside Yankee Stadium, or the best bagel at a shop in Forest Hills where I used to work. I think New York is the ultimate food city. There’s so much to experience. My life has been punctuated by these flavors.

What did your parents teach you about food and cooking?

I grew up in a family of Italian immigrants, so food was central. Food was what we did every day. Food was how we lived our lives. Food is culture, and it’s family, and it’s a way to keep people together.

So you just opened the restaurant Orsone in Italy with your mom.

Right. So after 30 restaurants in America, finally the first one in Italy and it’s in our winery. That area of Italy was where my parents and grandparents had emigrated from after WWII, so I went back to find my roots and started making wine there 20 years ago. Orsone completes the cycle. We try to produce as many products there as we can. We focus on the garden, and we farm chickens, pigs, and have our own eggs. It’s local and sustainable, but with a twist, it’s a sophisticated restaurant, but based in very simple foods and practices.

There’s a B&B at Orsone as well. Why was that something you wanted to offer?

It’s in the tradition of agricultural families. They would make food, make wine, and offer hospitality. So it makes up this complete tradition of the real farm.

Why do you think people are so drawn to Italian food and culture? 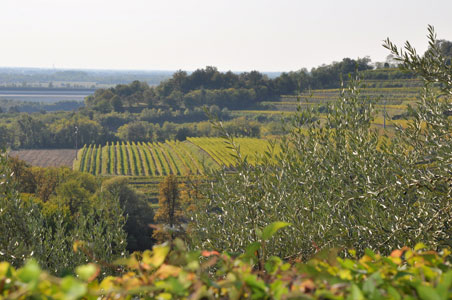 Because there are two kinds of people in the world—there are Italians and those who want to be Italian. Italy’s the best, it has the best food—which you can eat every day and it has a sensible way of eating. I always say it’s triple-S eating, it’ll make you skinny, sexy, and smart. And everyone wants to be those things.

Why did you get into winemaking?

It’s always been a passion that I grew up with, and it’s something I’ve focused my life on being able to do. I love it. Wine is culture, and participating in agriculture is a big privilege and also a responsibility. It’s something I hope I can pass on to my children.

You opened a branch of your Mozza empire in Singapore. Why Singapore?

It was a great opportunity. We opened some stuff in Hong Kong last year, and we’re doing stuff in Macau and Seoul. Southeast Asia loves Italian food, and we’re going to give it to them.

What do you love most about getting to visit those cities? 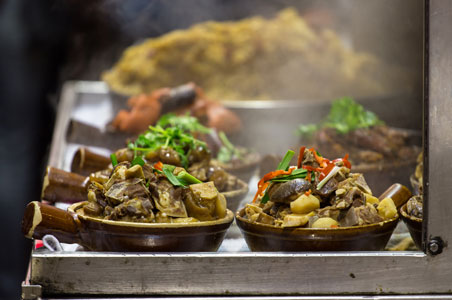 I love experiencing their food cultures. Whether its hawker stands in Singapore, or barbeque in Seoul, or dumpling shops in Hong Kong. They have serious food culture in Asia.

Where are your favorite places to eat in NYC?

This might sound cliché but you have to go and get a pastrami on rye at Katz’s Deli, go get a knish on Queen’s Blvd at Knish Nosh, great Chinese food at Grand Szechuan. There’s a lot, but those are some great New York classics.

What is the best meal you’ve ever had on the road? 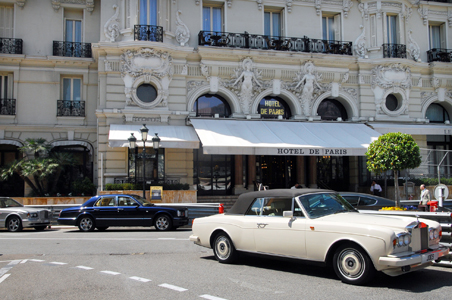 I had a mythical meal once. Mario [Batali] and I were at the Cannes Film Festival, and we went to Le Lousi XV-Alain Ducasse in Monte-Carlo at the Hotel de Paris. We had a 20-course vegetarian menu, and it was the most magical food night of my life.

Where do you travel to completely relax and escape from work?

To be at my house in the vineyard, on the porch, drinking a glass of my own wine, with a slice of prosciutto. That’s my escape.