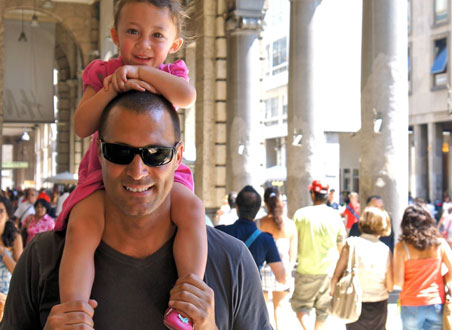 Renowned fashion photographer Nigel Barker has lived the life of a true adventurer, traveling all corners of the globe to capture the most stunning faces on the planet. As host of Oxygen’s modeling competition "The Face," a former judge on "America’s Top Model," and a former model himself, Barker knows a thing or two about looking good—and getting good looks—while on the road.

Born in London to an English father and Sri Lankan mother, Barker crossed his first international border as an infant. Although he now lives in NYC’s West Village with his stunning wife, Cristen, and their two children, Jack and Jasmine, his wanderlust has hardly abated. We’ve happily tagged Barker as a Fodor’s Travel Tastemaker…and he’s ready for his travel close-up. 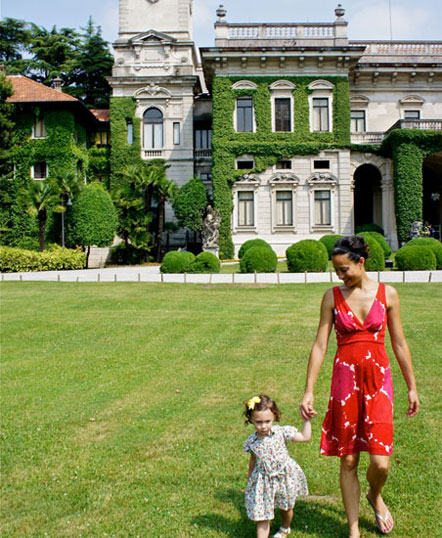 How did your early travel experiences impact your future career?

My parents took me traveling all around the world since I was six months old, so you get that bug at an early age. When I was 18, I was going to be a doctor. I took off for a gap year, as is the European way, and I went straight to Italy. It was meant to be only a year off, but I became more involved in the fashion business, which is huge in Italy. One year led to two, two years led to three. Using Milan as a hub, I spent six months in Paris, then six months in Hamburg, six months in Barcelona, six months in Madrid. And of course I never returned to medical school. So be careful, parents, what you start in your children!

Do you have any secret modeling tips for looking good after a long flight?

I feel very sorry for stars or supermodels. When we’re traveling with Tyra [as in Banks] or Naomi [you know, Campbell] and the press sit there at your destination and wait for you to get off the plane when you’ve just come off a red-eye. The number one trick is very large sunglasses. It’s the best beauty to trick to cover up as much of your face with large, nice sunglasses after a long flight.

Also be careful of how you lie on your face. As a photographer you get very close to the details of the face—I can tell what side of the body someone sleeps on because I can see those lines on one side of the face. Those cushions that go around your neck are actually very helpful, [because] they support your face from squishing against the seat leather and getting those little wrinkles. 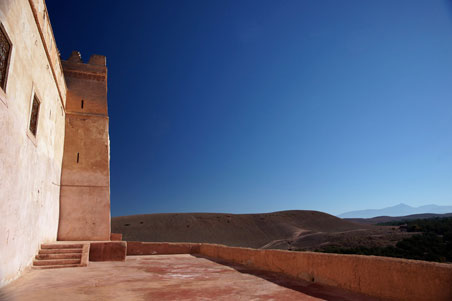 What’s one of the craziest experiences you’ve had on an international photo shoot?

One of the places I love to spend a lot of time is Morocco; I’ve been there at least a dozen times, and I had convinced my client we had to go to Morocco. We set up the entire shoot—all the gear, the models are ready to go, hair and makeup, the clothes are all racked out, the whole nine yards. We turn around just for a few minutes to look at this extraordinary view of the Sahara on one side and Marrakesh bustling on the other and the Atlas mountains—it really couldn’t be more gorgeous. When we turn back, we realize that all of our designer clothes have been nicked. We could see people down in the valley running off with racks of clothes. The entire wardrobe was being worn by a Bedouin family!

Can you share any pro tips for taking good vacation photos?

It’s nice to have an array of super wide shots and macro shots. Often we see some incredible vista and we shoot a group of people really wide in front of it—everyone looks really tiny and it ruins the vista. Or everyone jumps in front of a beautiful sunset as a group and blocks the sunset and the shot looks horrible. The key is to shoot a tight picture of just the people and then a wide shot of just the vista. Then put them together in a double spread: "This is what we were looking at." It’s important to slow the process down, think about your photographs slightly in advance, and set yourself up to take these beautiful pictures.

Also, you often think the mundane thing is not important to take a photograph of, but it can be the simplest thing as long as it fascinates you. A lamppost, wordage on a sign, a car. Whatever I found interesting at that time, at that moment, in that location—then I look back 20 years later and it resonates and means so much.

What do you wear to stay comfortable yet stylish on a trip?

Although I’m the photographer, I’m also often the person in charge, so I’ve got to look good and ready for business. I call it the fashion mullet. On the bottom, cargo pants with lots of accessible pockets, and Converse All Stars, which I love because they support my ankles when I’m shooting. And then for the top half I wear a button-down shirt and even a sport coat. If you look at me from the top, I look like I could be ready for a Pimm’s Cup. But on the bottom, I look like I’m rough and ready. Business on top, party on the bottom.

What two things do you always have in your carry-on?

Obviously my camera is first and foremost—make sure it’s close to you on the airplane so it’s easy to grab when you’re landing or taking off. Even back when I was modeling I always took a camera with me.

The other thing would have to be Berocca; it’s effervescent vitamin B. It’s the ultimate pick-me-up for travelers. You can be anywhere in the world, if you have jet lag and you pop that, you’re good to go. 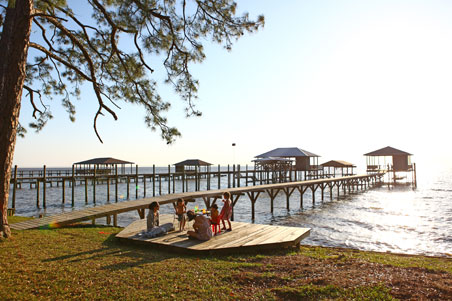 Besides Morocco, what are your other favorite spots on the globe?

I’m a huge fan of the United States, as boring as that sounds. But I go off the beaten path. My wife and I go to a house in Point Clear, Alabama. I’ve totally fallen in love with the south. They have the most spectacular sunsets I’ve ever seen in the world; they’re second to none. There are very few people around and there are white beaches and Spanish Oak trees that are very nostalgic, and the incredible thunder clouds you get with the Gulf of Mexico—you really get amazing vistas.

You’ve been almost everywhere – any places left on your bucket list?

My little boy Jack is obsessed with Tasmanian Devils. He’s convinced me he has to take me to Tasmania, so we’re trying to go next year.

Also, I’m part Sri Lankan and I’ve been there, but I haven’t been enough. I want to do a cookbook with my mum based there. I want to meet the people and get a good sense of my roots there—so that’s also high on the agenda.

What have you learned from traveling the world?

When you come from England, it’s a very small island. The first thing anyone from England’s ever done, through history, is to try to leave the island and go somewhere else. Traveling the world is a very exciting thing to do in general—to find yourself and to invent yourself and to create yourself. The thing for me is the people you meet along the way. As comfortable as staying in one place may be, I like feeling like a fish out of the water. And it certainly makes coming back home all the sweeter.