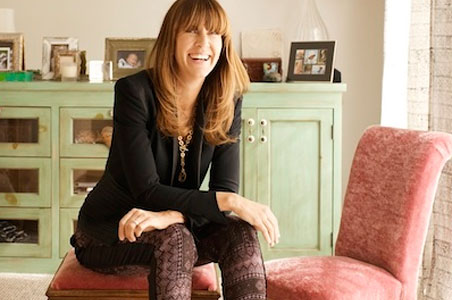 Though she’s lived and worked around the world, Cape Town-born Shelley Armistead is most often associated these days with Soho House West Hollywood, the private rooftop club on Sunset Boulevard overlooking the Hollywood Hills where she’s General Manager extraordinaire. Opened in 2010, this exclusive two-story enclave is the second American "house" in Nick Jones’ famed Soho House Group and the fifth worldwide. Here, Armistead oversees everything from membership and events to the oh-so-tasty cocktails and delicious menu items. (It helps, of course, that she is married to the club’s chef, Matt Armistead, whom she met at London’s esteemed River Café, along with Jones himself, Spotted Pig chef April Bloomfield, "food revolutionary" Jamie Oliver, and a host of other culinary superstars who we’ll likely be hearing about for years to come.)

One of the reasons we chose Armistead to be a Travel Tastemaker is because we love the exquisite yet laid-back atmosphere at Soho House West Hollywood. (She has a knack for making people feel right at home in often haughty Hollywood.) Mom to two young boys, Joseph and Isaac (whom she raises with Matt in their beachfront home in Mar Vista) Armistead is a super mom with—well—superb taste!

So, what’s always in your carry-on?

What’s an unforgettable meal you would travel far and wide for?

Any single meal cooked by Rose Gray, if only to have her sitting next to me again. She owned River Café in London and passed away when I moved to the US, but wherever she is now, I would go there. And on that plane, I would not be alone. With me would be Jamie Oliver and April Bloomfield (a fellow Tastemaker, ahem), we all worked together years ago, under Rose. She was an incredible mentor.

I’m a firm believer that what enters the gut affects the brain, no matter what your age. I feel a deep connection to food and longevity. While I focus on ‘brain foods’ for my family, I do have to supplement. And, the absolute basics for nutrition include Omega’s and probiotics; further essential building blocks are Vitamin D (regardless of climate); Vitamin B, and Magnesium. Those are the "Big Five" I swear by. 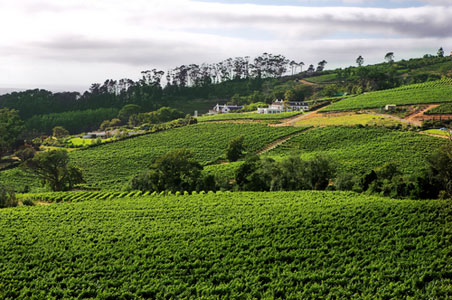 You grew up in Africa and have worked across Europe and North America. What are some of your favorite places to eat and drink on any (or all) of those continents?

This is tricky because I am a foodie and I’m married to a foodie so, we are obsessed with food! In Africa, it would be the coal-grilled quails in the marketplace in Marrakesh. Or sitting on the side of Table Mountain in the vineyards at Groot Constantia, the oldest wine estate in South Africa, eating warm bread and pate under huge oak trees, looking out at False Bay. In Europe, there are too many; a slice of porchetta and a glass of Chianti from the butcher in Panzano, Tuscany or roast pigeon at Moro in London, which was the meal I shared on my first date with my husband. In North America, it’s State Bird Provisions in San Francisco.

What would you say is your ultimate dream destination?

My family’s vacation house, with my kids, in Western Cape, South Africa. It’s on a nature reserve on the Duiwenhoks River about three hours up the coast from Cape Town.

You are an active and involved mother. What’s your best go-to advice to people traveling with kids?

I make little game books for my children—small journals that I fill with word search puzzles, children’s Sudoku, and tick tack toe. In between the pages there is room for them to draw or stick postcards from their travels. I always encourage them to take pictures of what they see. These little books keep them busy when they’re bored at meal times or on the plane.

Where will Soho House open next?

Next up in the US is Chicago, Lower East Side in Manhattan, downtown LA, and San Francisco. In Europe, we’re opening in Paris, Barcelona, and Istanbul, which will be in 2014-2016. 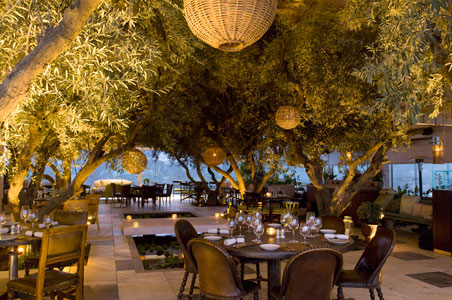 What’s your rule for creating a unique atmosphere at the Soho House properties you’ve opened?

I had a great teacher [Soho House founder Nick Jones] and what he’s taught me is now a part of me. Most important is understanding the city we’re going into before we go in. We really try to think about what the city stands for and what its unique characteristics are—then we play into that. When we were opening Soho House West Hollywood, for example, we were surprised by the lack of dining rooms outside. We thought, we have this incredible weather, let’s create a space that can be opened up to the sky. And so we did. And you can see the sea and the mountains and it really gives you a sense of where you are. Honoring the city where we are about to open in is most important. Then it’s about adding a layer of comfort that perhaps people didn’t know they were missing before.

Why is Soho House such a successful international brand?

Soho House feels like home the minute you walk in, no matter where you are in the world. Everyone is greeted by their first name. There can be nothing ostentatious or unobtainable about it so people feel at ease. Nick is a genius at creating spaces that are creatively-driven and that always make people feel comfortable. And we are constantly evolving, which keeps me on my toes!