News Michelle Spinei Uh Oh, the Travel Influencers Are Back. This Is What I'd Like to Tell Them.
Home  >  News   >   Fodor’s Travel Tastemaker: Culinary Expert and Author Anya Von Bremzen 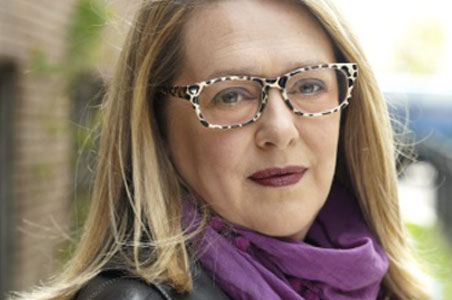 Anya von Bremzen did not set out to be one of the best food writers around. She actually attended Julliard as a concert pianist, but in one of those great life twists, decided to write a cookbook about the food in her native Russia. That book, Please to the Table, became an instant hit, winning a James Beard Award.

Since then, she’s racked up two more James Beard Awards, for books written on the world’s cuisines—including The New Spanish Table and The Greatest Dishes: Around the World in 80 Recipes—as well as bylines for fantastic food and travel titles like Food & Wine, Saveur, The New Yorker, and the LA Times. She is a woman after our own always-hungry and always-wanderlusting hearts. Her new book, Mastering the Art of Soviet Cooking: a Memoir of Food and Longing goes back to her roots with memories of childhood and food in Soviet Russia, as well as recipes recreated in her mother’s kitchen.

It’s easy to see why we were so excited to honor her as a Fodor’s Travel Tastemaker. Here she tells us of travels past, present, and future.

News Michelle Spinei Uh Oh, the Travel Influencers Are Back. This Is What I'd Like to Tell Them.
Continue Reading Article After Our Video

How old were you when you started traveling? And where did you go?

I was eight and I went from Moscow to Vilnius, the capital of the then-Soviet Lithuania—on a movie shoot (I was a child actress). I was astounded by all the bakeries. To a Muscovite, Lithuania seemed like a little piece of the West. I’ll never forget the whipped cream!

What’s the craziest place you’ve ever been?

Northern Caucasus in 1990 when mini civil wars were erupting all over and there was no fuel or electricity. 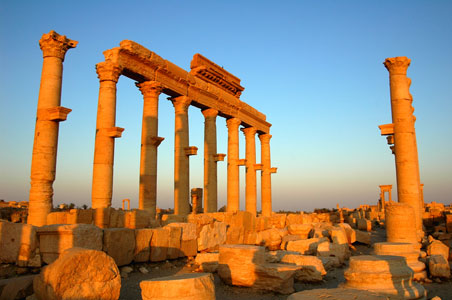 The Roman ruins of Palmyra, Syria, during a desert sunset that colored everything an otherworldly pink. Heartbreaking to think what’s happening to Syria now.

And what is one place you don’t ever need to return to?

What’s the best meal you’ve ever had on the road?

A lunch at the house of the great Basque chef Juan Mari Arzak in San Sebastian. Just a perfect roast chicken, tuna belly confit canned especially for him, and velvety red Piquillo peppers. With a bottle of vintage Rioja.

Hyderabad, for India’s most opulent cooking. I’m also intrigued by the up-and-coming food scene in Colombia.

What is your go-to in-flight snack?

And what’s the best souvenir you’ve ever brought back…?

A set of matryoshka dolls of Soviet leaders. I got it during perestroika in 1987. Two years prior to that you’d have gotten arrested for this. Now these dolls are cliché, but back then they really signified a huge political change. 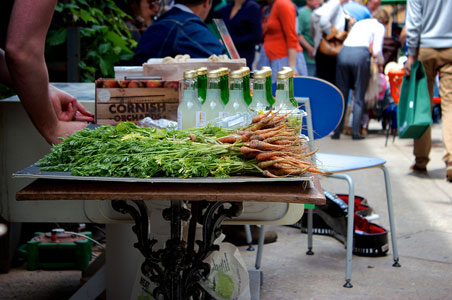 What’s one culinary trend from around the world you wish we had on US soil?

I wish every American city had an amazing market crammed with cutting-edge foodstuffs and snack stalls. Like London’s Maltby Street Market or the new Torvehallerne in Copenhagen. These are meeting places as well as incredible grazing grounds.

What fall restaurant openings are you most excited about in NYC and beyond?

Ivan Ramen in New York, because one can never have enough Tokyo noodles, and Marco’s from the owners of the fabulous urban-rustic Franny’s in Brooklyn. In San Francisco I’m excited about Alta CA from my favorite West Coast chef Daniel Patterson. And in Barcelona the genius Albert Adrià (Ferran’s baby brother) is launching a rootsy vermouth bar called Bodega 1900, and a new Mexican place called Yaguarcan. I can’t wait!

What are some of your favorite food memories you drew on in Mastering the Art of Soviet Cooking?

Of me, being a nine-year-old black marketeer and charging my Soviet classmates five kopeks just to touch the bottle of Coca-Cola someone had brought us from that mythical, inaccessible West. The book’s subtitle is "memoir of food and longing," and yearning for foods you’ve never tried is more intense than actually eating.