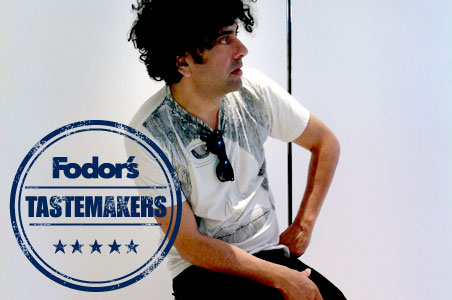 Alex Calderwood is, perhaps without acknowledging it, the creator, or at least contributing editor, of the "scene" to which urban scenesters flock. Since 1999, his Ace Hotels, which began with a rather dubious half-way house set-up in Seattle that he took over and transformed, have become meccas for young guests in the know. He’s since opened properties in Portland, New York, Palm Springs and soon will be adding Los Angeles to the mix.

An article about Calderwood in the New York Times in 2011 put it aptly: "The story of the Ace is the story of Mr. Calderwood." Drawing from his rock’n’roll barbershop roots Calderwood has been highlighted in the media for creating a guest experience that’s hip-meets-functional. And as our latest Fodor’s Travel Tastemaker, he has a wealth of information to impart on the "it" factor of successful boutique hotels. Plus, we hope some of his coolness will rub off on us.

New to our Tastemakers series? Well, well, there is more where this came from. Check out the whole lot here!

How did you get into the hotel business?

My friend and business partner at Rudy’s Barbershop and I both traveled a lot, and shared an affinity for hotels. A small property became available and we pulled a plan together. Our team came from diverse backgrounds in music, event production, marketing, art, punk, everything—and we wanted to reflect that in a new hotel culture. When we found a beautiful old building in Belltown, Ace Hotel got its start.

What’s the inspiration behind Ace Hotels?

We try to let each Ace act as a kind of tuning fork for the spirit of its surroundings, from the aesthetic identity to food and drink. The name Ace comes from the high/low role of the Ace card in a deck of cards; it’s an interplay of different elements that reflect real life and real culture. 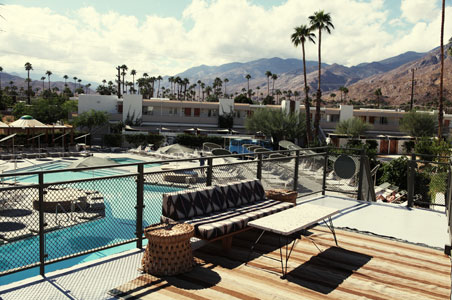 What attracted you to open up in Palm Springs?

The landscape, the architecture, the desert culture, the San Jacintos, Joshua Tree, the Salton Sea. It’s sort of a weird place where golf courses and manicured lawns meet archetypal desert modern architecture and giant roadside dinosaurs and drum circles. It’s the kind of place you that has historically attracted drop-outs from society and weirdos and dreamers – a very American place and sort of like outer space at the same time.

Where will we find the next Ace Hotel?

There is one in the works in Downtown LA, as a matter of fact, opening in 2013. It’s in the old United Artists Theater, built in 1927 by Mary Pickford, Douglas Fairbanks, and friends. The theater is a beautiful example of Spanish Gothic Revival architecture, with volumes of history behind it. It’s an amazing project, the kind of thing we dream of.

When you travel, do you scope out other hotels? Do you have a favorite (outside your own)?

Naturally you are aware of it, but I also try not to be overly obsessed with what others are doing, it’s better to keep out the "noise."

What would you say is the sign of a successful hotel?

It’s about the experience and the basics. First, a hotel has to have the basics: a good bed, internet connection, staffing, etc. Secondly, the overall experience. I want to feel immersed in the place that I’m traveling to, and a hotel can be part of exploring, rather than isolating or homogenizing. The best hotel for me is one that acts as a portal to the culture and environment that it’s in. 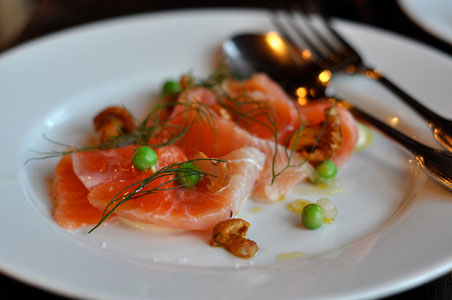 What are some of your favorite places to eat and drink in Seattle?

Sitka & Spruce is a great place for dinner. So is Kingfish. The Cha Cha Lounge and Linda’s Tavern are both good places just to hang out.

What’s the best trip you’ve been on recently?

I went to the Venice Biennale of Architecture, which was inspiring.

Listen. Every new place has its own distinctive soundtrack.

Some comfortable walking shoes. I like to go out and explore.