Coronavirus David Silverberg Are Your Kids Heading Back to Summer Camp? Here's What You Need to Know
Home  >  News   >   Five Reasons to Visit Mendoza Now 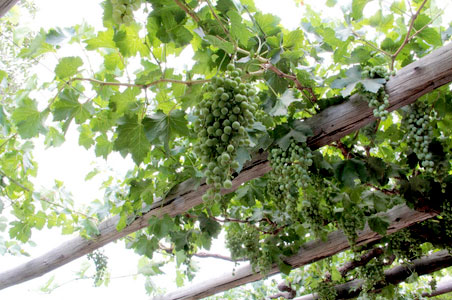 The minute you land at El Plumerillo Airport in Mendoza, Argentina, you know what the main attraction of the region is: a field of grape vines stretches just off the runways. The first quarter of the year, in fact, is oenophile heaven, as it’s high time for viticultural action. But there’s a host of other reasons not to wait to book your ticket. Here’s why now is the perfect time for Argentina’s wild, wine-soaked west.

You can’t toss a cluster of grapes without hitting a festival at this time of year—literally. And that is exactly what happens during the Via Blanca of the Queens Parade that kicks off the Fiesta Nacional de la Vendimia (Harvest Festival) the first weekend of March. Eighteen contenders for national queen, elected from each of the districts in the province, ride on a float through the streets, tossing clusters of grapes to the crowds. The following morning, the parade continues, with vintage cars, gauchos on horseback, dancers, donkeys, and musicians joining the contending queens. Saturday night, 20,000 revelers gather in the amphitheater in Parque General San Martin for a wine-themed extravaganza where the queen is crowned, fireworks explode, and the crowds pour into the streets to continue the party. But it doesn’t end there—the following weekend, on March 8, Gay Vendimia begins when a gay festival queen is crowned during a show that promises to be even more festive than the previous week’s.

February-May is the most exciting time to visit Mendoza’s famous wineries. During Vendimia, the bodegas hold their own celebrations and activities, but after the harvest is the best time to experience the winemaking process. With nearly 900 bodegas in the region, choosing which to visit can be overwhelming. Here are four of our favorites:

Altos Las Hormigas: Founded in 1995 by well-known Italian winemakers, the prize-winning Malbec-only winery is one of the stars of the Lujan de Cuyo/Barrancas region. Their Terroir Project organizes intense studies of Mendoza’s varying soils and their affect on wine quality. By appointment only.

Clos de Chacras: This boutique winery sits within the quaint suburb of Chacras de Coria. Known for their Malbec, Merlot, Cabernet Sauvingon, and prize-winning blend of all three—Cavas de Crianza—the winery also features a lovely restaurant. Visits by appointment only. 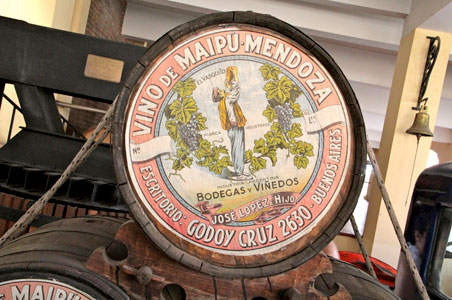 Bodegas Lopez: Since 1898, this winery is still managed by the fourth-generation Lopez family, producing some of the country’s best-known wines. Easily accessible via tram from the city of Mendoza, lunch at the Rincon de Lopez restaurant, and the museum are highlights. Tours are given once an hour Monday-Friday. Advance booking required for tastings.

Pulenta Estate: This elegantly sleek, stylishly modern boutique winery is now celebrating the 11th harvest from its founding in 2002. Pulenta is also known for its pioneering development and experimentation studies. While they, like most of the wineries in the region, produce excellent reds, like one of the few Cabernet Francs in the area, their whites are equally outstanding, including Sauvingon Blanc, Chardonnay, and the area’s only Pinot Gris. By appointment only.

In May, the hungry come to town for the Masters of Food and Wine Festival, hosted by the Park Hyatt Mendoza, the city’s leading hotel. From May 1-4, visitors enjoy a kickoff cocktail party; winery visits in the Uco Valley, Lujan de Cuyo, and Maipu regions; and lunches and gala dinners with visiting chefs such as Montse Estruch from Spain, Brazil’s Laurent Herve, Gonzalo Aramburu from Buenos Aires, and prize-winning sommeliers such as Argentina’s own Agustina de Alba. Packages include 4 nights at the luxe, five-star hotel, conveniently situated on the city’s Plaza Independencia. 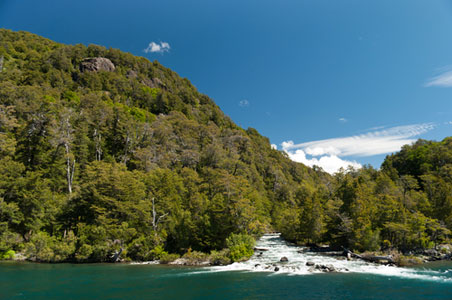 As the snow rushes down from the Andes, the rivers and lakes fill up, making it prime time to ride the tide via whitewater rafting or kayaking. Argentina Rafting‘s wise guides coach riders through class III-IV rapids on ½ day, full-day, or two-day trips, while paddlers can take in the scenery through single or tandem kayaks, on the rapids or on a placid lake. 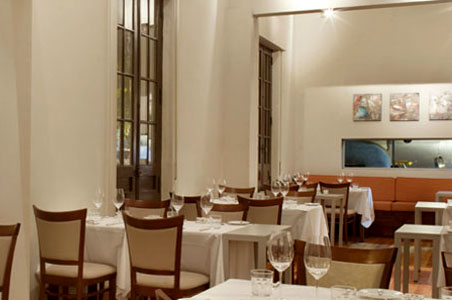 3. A Crop of Chefs on the Rise

Local hero Francis Mallmann rules here, but there are a host of other chefs coming into their own. Pablo del Rio of 2 ½ year-old Siete Cocinas plays up the seven gastronomic regions of Argentina, demonstrating that the country’s fare goes well beyond the steak-and-empanada stereotype. Stewed rabbit cannelloni with creamy leek sauce represents local tastes, for example, and pacu fish filet with lemon emulsion, manioc, and spinach pays homage to Litoral in the northeast. At Nadia OF in Chacras de Coria, chef/owner Nadia Haron cooks up a nightly 5-course tasting menu, with creative plates like red quinoa salad wrapped in zucchini or ossobuco braised in Malbec reduction with pairings from her husband’s winery, Bodegas O. Fournier. Still, a visit to Mallmann’s 1884 Restaurante is a must, especially to sit in the estancia’s beautiful courtyard, crawling with vines and glowing from the flames of his famous grill. 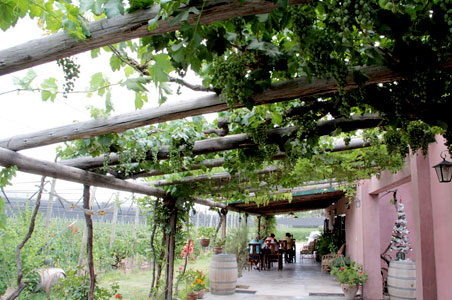 Think about it: gorgeous landscapes plus a plethora of booze…of course there is an abundance of arty inspirations around Mendoza. Rosell y Soler specializes in wine and art tours. Between bodega visits, visitors call on the studios of renowned local artists such as Gonzalo Anton; work alongside painters such as Mema Rocha, who uses wine as her watercolors; and visit the magnificently-decorated home of multi-media artist Sergio Roggerone. The company’s blog is also full of handy information for travelers.

Cultural space Casa de Contratista sits on a 100 year-old Malbec vineyard owned by the Ianardi family. Patriarch Jose Ianardi is a doctor and well-known landscape artist who teaches painting studio classes each Thursday. There’s also a lovely restaurant on site, a gallery, and rooms for tango dancing and music lessons. 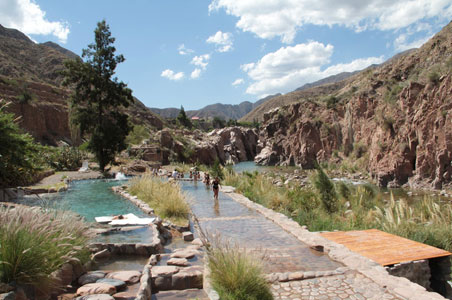 The early part of the year is the driest and sunniest in Mendoza, so it’s a good bet for the outdoorsy to spend as much time al fresco as possible. Baccus Biking offers professionally guided tours for cyclists that includes lunch, wine tastings, and transfers. Or, conquer Aconcagua, the highest peak on the continent; cross the Andes into neighboring Chile; or take in views from atop the Maipo volcano with the trusty guides of Discover the Andes Expeditions. Cap an active day on horseback with a sunset ride through at Fincas Las Lechuzas, a modern horse ranch built in traditional style among the vineyards. And if you feel like being outdoors but not too active, a soak in some natural hot springs might be in order. The tranquil setting of the Hotel and Resort Termas Cacheuta, with its lovely stone pools, spa, and natural vaporarium is worth a day trip or overnight stay.