Five Reasons to Go to Turks and Caicos Now

Turks & Caicos in northern Caribbean is home to a friendly community, terrific resorts, and excellent Caribbean flavors, whether its dining, culture, or nightlife. There’s something so special here that more than two-thirds of the 40,000 residents are expats, a huge number for any country in the Caribbean and quite reflective of the island’s allure. If we could live there, we would. But instead we rounded up some of the top new happenings in capital Providenciales (the most traveled of all 40 islands). From the new Sunday party at Da Conch Shack to new Beach House resort, there’s no better time for travelers to visit than now. 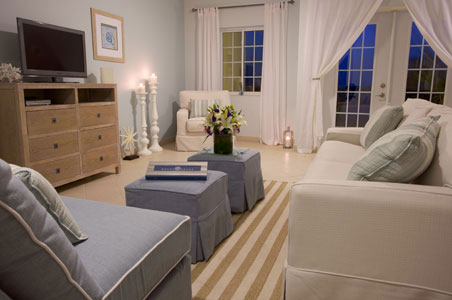 The newest hotel to open on the gorgeous, twelve-mile stretch of Grace Bay beach is the 21-suite only boutique, Beach House. Opened in October 2012, Beach House is intimate, quiet, and, frankly feels pretty much like what the name implies. The suites are some of the island’s most spacious, starting at 1,150 square feet, and all suites come equipped with day beds, kitchenettes, free WiFi, and complimentary bikes. While the interiors are pastel-colored cozy and very island chic, spend most of your time outdoors at the pool, get an oceanfront massage, and take in all the culinary flavors of former Relais & Chateaux chef Eric Vernice’s inspiring dishes. 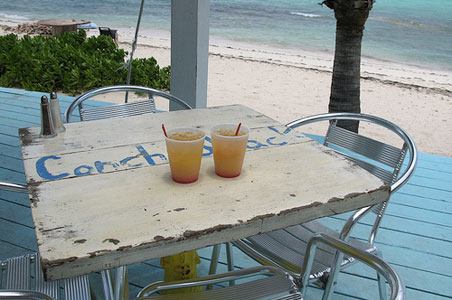 Get ready to knock back some rum under the hot island sun. Da Conch Shack & RumBar is unarguably the most popular beach bar on the island and constantly voted as one of the best in the world (it’s listed in Patricia Schultz’s 1,000 Places to See Before You Die). Thanks to the bar’s new Sunday parties with live DJs, your day-of-rest brunch may be hours long. The al fresco bar is just steps from the tranquil ocean, and the signature ConchKnocker (no actual conch in cocktail!) will further put you in the zone. We recommend actually trying the conch, their specialty that comes straight from the nearby conch farm and comes prepared as fritters, salad, and chowder.

Insider’s Tip: The ConchKnocker is a lot of rum with “secret ingredients.â€ Hey, no complaints here. 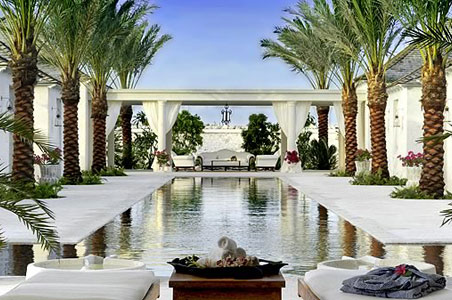 One of the most headlining spa openings in Turks & Caicos is at five-star Regent Palms on Grace Bay beach. Opened almost a year ago today, the spa received a massive overhaul, an enhanced holistic program, a healthy lunch menu, partnership with Sothys beauty line and brand-new spa menu. With the East meets West philosophy, the spa truly sends visitors on an exotic journey when they enter the outdoor lounge area with tranquil reflection pool. Just gazing at it might seriously knock out some kinks.

Insider’s Tip: The Zareeba Treatment has been the most popular treatment with locally inspired herbal cleansing and detoxification ritual for the whole body with a cooling wrap and body massage to boot. 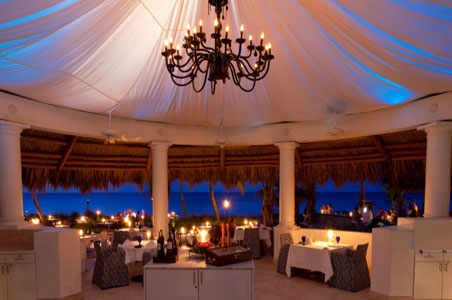 The Grace Bay Club is consistently banging out cool things at the resort. They opened the Estateâ€”a resort within a resortâ€”in 2009, added some clever cocktails to their world renown Infiniti Bar menu and recently acquired Wolfgang von Wieser to take over the culinary program in all their six dining facilities. Wieser, who comes from four-and-five-diamond resorts including Four Seasons Las Vegas, is injecting unforgettable Caribbean influenced dishes with indigenous ingredients and top-chef love.

Insider’s Tip: All of the restaurants here are al fresco, so dress accordingly.

Italian fare in Turks & Caicos is hard to come by, so locals are pleased with January’s opening of Lupo in Regent Village shopping and entertainment plaza. It’s a good excuse to get out of the resort, especially if you love pastas. Recipes created by Montreal chef Maximilien Corsillo make excellent pastas, cured meats and sauces to reflect the tastes found in an Italian village. It’s opened by Mark Dillon, the former owner of Lemon Cafe, and is home to a nicely curated wine list.

Jimmy Im is a freelance travel writer based in LA. Heâ€™s hosted programs on the Travel Channel and LOGO, and makes regular appearances on morning news shows as a â€œtravel expert.â€ He teaches travel writing courses and is also cofounder of OutEscapes.com. Follow him on Twitter: @dieselmad.