While Houston doesn’t often appear on lists of top travel destinations, the city actually has a vibrant culture and wanderlust-worthy experiences for anyone who loves fine dining, museums, cultural excursions, shopping, and sports. With oil comes art? Not always, but in Houston, it does. The art scene flows fiercely. Many Houstonians are philanthropists and tend to give back to their city, bringing world-class museums, exhibits, and public art installments for all to enjoy. 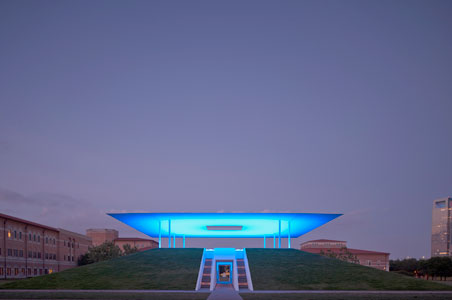 1. Artist James Turrell’s "Twilight Epiphany" Skyspace adjacent to the Shepherd School of Music on the Rice University campus is the current hot topic. The modern glass, concrete, stone, and steel structure is equipped with LED light performances. Visit for the sunrise or sunset light sequence, creating a surreal experience blending the beauty of art, light, design, and nature. 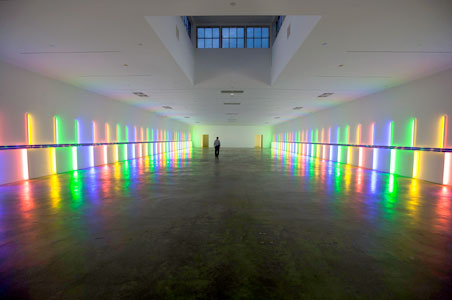 2. The Menil Collection is celebrating its 25th anniversary this year. The Menils believed in the spiritual powers of art. Leaving Paris and starting their home in Houston, the couple sought to make a difference in their city, and their home became a meeting place for well-known artists, filmmakers, politicians, and religious leaders of the time. The museum, fashioned after their home, boasts an ever-changing and modern mix of artists and collections. And entry is free!

3. The Blaffer Art Museum at the University of Houston, which housed an incredible collection of Andy Warhol photographs, has been recently renovated and is worth a fresh look. The Museum District and its hub of Montrose Avenue houses the CAMH, Contemporary Arts Museum Houston, as well as the MFAH, Museum of Fine Arts. They are the crown jewels of the Houston art scene and are well worth a visit.

4. The Asia Society Texas Center also lies in the heart of the Museum District. The 38,000 square foot headquarters opened in April of 2012 and serves as the foundation for art and theater programming as well as a source for Asian-themed activities in art and culture. The Asia Society was formed by John D. Rockefeller III in New York City more than 50 years ago and a group of visionaries led by former First Lady Barbara Bush founded the Texas center in 1979. The mission is to support education and mutual understanding among cultures. 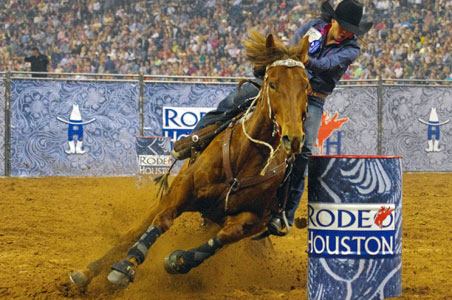 5. The Houston Livestock Show and Rodeo brings with it a true Texas tradition, and arguably the most fascinating cultural phenomenon of all. While Houston enjoys art, fashion, and cuisine, Houstonians are still ready to pull on their boots and have a good old dirt-kicking time. This is not to say the well-booted attendees arrive without style. The rodeo brings with it an impressive lineup of country music superstars and occasions for revelry. The event brings more than two million attendees over three weeks at Reliant Stadium running from February 25th to March 17th. Next year’s acts include: Toby Keith, George Strait with Martina McBride, among others.

There you have it: proof that oil is not the only thing flowing in Houston. With great art, fashion, and fun, it’s time to give Houston a spot on your list of destinations.