News Robin Catalano Horses Run Wild on This Puerto Rican Island⁠—but for How Much Longer?
NewsFive Reasons to go to Amsterdam this Summer

Five Reasons to go to Amsterdam this Summer

If you’re thinking about visiting Amsterdam, summer’s the best time to come. Not only do you have a better chance of escaping the city’s infamous grey, rainy days (though you can never avoid them altogether), but Amsterdam also hosts a number of events and festivals that let you experience Dutch culture up-close—and make your trip that much more fun. Here’s our guide to the top summer experiences in and around Amsterdam. 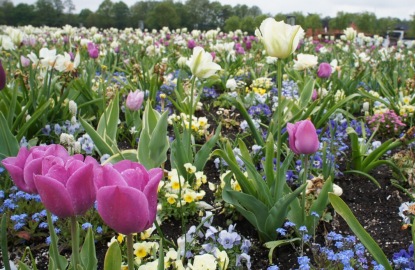 Missed the famous tulips of the Keukenhof, which ends on May 20? Don’t fret. You still have another chance to experience the Netherlands’ garden culture at Floriade, a once-in-a-decade world horticultural expo held about two hours’ south of Amsterdam in Venlo. The 66-hectare (160-acre) park contains fewer flowers than Keukenhof, with the notable exceptions of beautiful orchids in the largest indoor floral exhibition in Europe and a rose garden featuring 5,000 rose bushes. However, you will find examples of garden design and plants from around the world, including lovely pavilions from China, Belgium, Spain, and many other countries, as well as a cable car to take you high above it all.

The best ways to reach Floriade from Amsterdam are to rent a car (about a 2-hour drive) or take an express bus from Amsterdam’s Centraal Station (2 hours, 45 minutes, 36.50 Euros, or $47 without park admission, 55 Euro or $71 including park admission; visit FloriadeExpressBus.com). 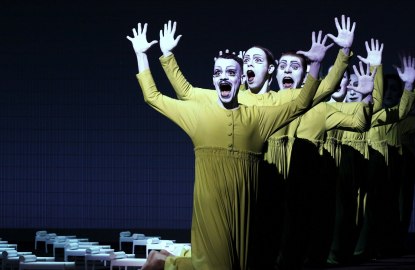 Get a dose of Dutch culture this summer by catching a dance, theater, or music performance at the Holland Festival, the Netherlands’ largest performing arts event. From June 1 to 28, events are held at venues throughout Amsterdam, including the beautiful Muziekgebouw along the IJ river and the Westergasfabriek, converted factories and warehouses in Westerpark. Some events, such as a Sing-Along Verdi concert and an Opera in the Park screening, are free.

Don’t Miss: Though some of the hottest tickets (Robert Wilson’s The Life and Death of Marina Abramovic and Matthew Barney’s new project) are already sold out, as of this writing, there are still seats available for De Nederlandse Opera’s world premiere of Waiting for Miss Monroe, based on the life of Marilyn Monroe.

Details: Check the Holland Festival website for the latest events and to buy tickets. 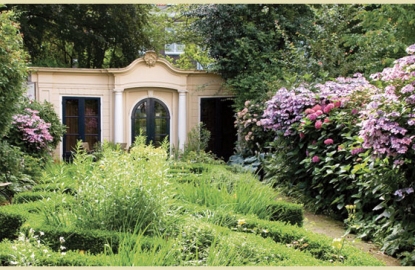 Want the chance to peek behind some of the beautiful houses that line Amsterdam’s canals? Visit the city between June 15 and 17 for a look at 30 private gardens not normally open to the public. This year’s theme is "coach houses and garden houses."

Don’t Miss: To reach the gardens, you also get to travel through the gorgeous canal houses in front of them—a treat in itself.

Details: A 15 Euro ($19) ticket, with all the proceeds going to the Canal Garden Fund, gets you into all the gardens, open from 10am to 5pm all three days. See the Open Garden Days website for where to buy your ticket and which gardens will be open. 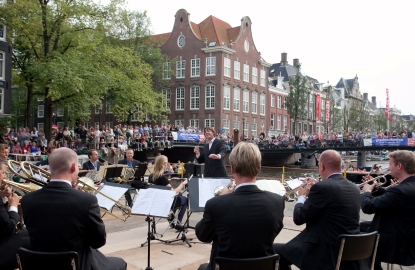 Classical music and canals (called "grachten" in Dutch) are a great mix at this annual canal-side festival. From August 10 to 19, more than 50 locations along the famed waterways, including 17th-century canal houses as well as boats and pontoons on the water itself, play host to classical music performances.

Don’t Miss: If you have kids, check out the Junior Grachtenfestival, featuring performances designed to entertain the little ones.

Details: Visit the Grachtenfestival website after June 14, when the full festival lineup will be announced. After that date you can also purchase tickets online, though some festival events will be free of charge. 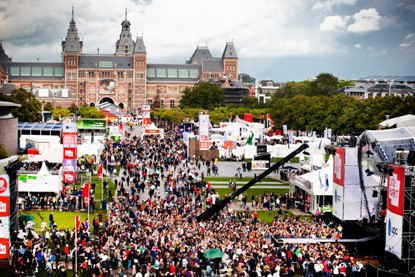 The last weekend of August (this year, August 24 to 26) traditionally brings one of the largest cultural festivals in the Netherlands to Amsterdam—more than 2,000 free performances including music, theater, and dance, held at more than 30 venues, including outdoors at Museumplein and Leidesplein. Child-friendly events all take place in the Vondelpark.

Don’t Miss: The huge Uitmarkt book market features hundreds of booksellers of both new books and antique editions, including books in English.

Details: Visit the Uitmarkt website after August 1, when performances and venues will be announced.

Thinking of a trip to Amsterdam?

For up-to-the-minute hotel and restaurant recommendations, as well as the best planning advice, check out our Amsterdam Travel Guide.