News Christina Mueller Yes, You Can Visit Los Angeles Without a Car. Here's How to Use the L.A. Metro Subway System
NewsFive Must-Go Classical and Jazz Music Festivals this Summer

While the official, indoor symphony season may soon be winding down, the annual bevy of revered summer music festivals, all set in the great outdoors, are just a few short months away. So get your picnic baskets ready, dust off those bottles of wine, and throw some bug repellant in your bag. We’ve rounded up five of the nation’s best outdoor summer festivals for 2012, each sure to be music to your ears. 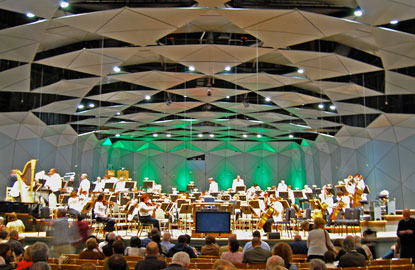 Why Go: This year marks the 75th anniversary season of Tanglewood, the summer home of the Boston Symphony Orchestra, located in the peaceful and picturesque Berkshires town of Lenox, Massachusetts. The official celebration takes place July 14, featuring stars such as Yo-Yo Ma, James Taylor, and Emanuel Ax, though there will be music played from late June through August 31. On August 18, surprise guests will pay tribute to composer and former Boston Pops conductor John Williams, who turned 80 this February.

Where to Stay: The owners at Garden Gables Inn (festival rates starting from $295/night) also run Furnace Brook, the Berkshires’ first winery (mention Tanglewood and get a free bottle of Furnace Brook wine, as well as a free wine tasting at the winery).

A Tanglewood name-drop at The Inn at Stockbridge (festival rates from $199/night) also gets you a complimentary bottle of wine, as well as a free water bottle and complimentary use of their lawn chairs. For those planning a long weekend in the Berkshires, consider The Inn at Green River (festival rates from $159/night) in nearby Hillsdale, New York—they’ll throw in free Tanglewood lawn tickets with a three-night stay.

Insider Tip: There’s more arts and culture to be found in the Berkshires beyond Tanglewood. Check out the Jacob’s Pillow Dance Festival in Becket, Massachusetts, which kicks off its 80th season on June 16. The Norman Rockwell Museum in Stockbridge, Massachusetts, is another first-rate destination, featuring the largest art collection on display by its admired namesake artist. 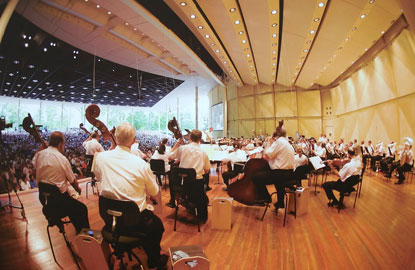 Discover the Gem of the North Shore at Ravinia

Why Go: Half the fun of the Ravinia festival takes place before the concert even begins. Here, it’s all about sprawling out on the massive lawn, picnicking by candlelight, and simply enjoying the good life. Ravinia is the summer home of the Chicago Symphony Orchestra, but numerous big-name artists and jazz concerts are also highlighted throughout the summer: Santana, Idina Menzel, and Tony Bennett are just some of the headlining performers this season.

Where to Stay: Ravinia is held in suburban Highland Park, about 30 miles north of downtown Chicago. For those keen on staying in the Windy City, check out Hotel Lincoln (from $249/night), which opened this spring. Its proximity to the Lincoln Park Zoo, North Avenue Beach, Lake Michigan, Chicago History Museum, and Magnificent Mile make it a convenient choice.

If opulence is what you’re after, book at the Trump International (from $473/night), situated right on the Chicago River in the heart of downtown Chicago.

Insider Tip: Avoid driving to Ravinia and opt for the Metra commuter rail instead, which stops right in front of the festival’s front gate. Concertgoers staying in the city can easily catch the train at Ogilvie Transportation Center in downtown Chicago (to the Ravinia Park stop). The ride takes about 45 minutes and costs $7 round-trip with the unlimited Weekend Pass. 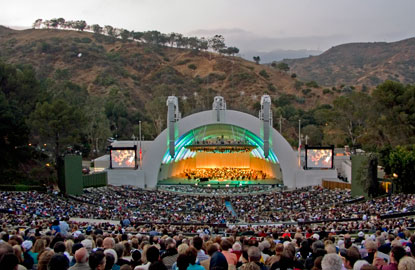 Enjoy a Musical Night at the Movies at the Hollywood Bowl

Why Go: You’d be hard-pressed to find a better and more appropriate setting for hearing favorite movie scores live than the summer-long outdoor season at the Hollywood Bowl. This season, several different film-themed events are on offer, including a performance featuring music from blockbuster Pixar movies; a John Williams-led concert of his beloved film scores; and a musical tribute to Paramount Pictures, which celebrates its 100th anniversary this year. Sew your own play clothes and proudly wear your creation to the annual favorite The Sound of Music-themed Sing-A-Long and parade, returning to the Bowl on September 22.

Where to Stay: Fodor’s 100 Hotel Awards winner The Redbury (starting from $459/night) oozes chic, with its 58 spacious suites and prime Hollywood location. Or, try a stay at the Magic Castle Hotel (from $174/night), which grants guests access to the exclusive members-only Magic Castle club to see some of the world’s greatest magicians perform; note that formalwear is required and the evening shows are adults only.

Insider Tip: Fireworks are a major part of the Hollywood Bowl’s tradition, and this season, 12 performances will conclude with a magnificent pyrotechnic show. Tuesday and Thursday nights at the Hollywood Bowl belong to the Los Angeles Philharmonic, and performances led by music director Gustavo Dudamel are sure to be a treat; the 31-year-old Venezuelan is one of the youngest and most thrilling conductors on the classical music scene today. 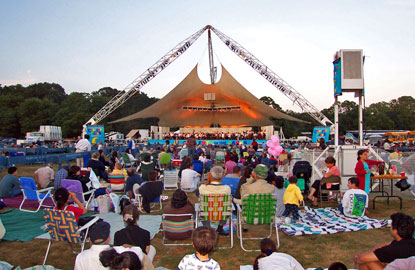 Take in Concerts in the Parks in the Big Apple

Why Go: Short of a massive downpour, there’s no excuse to miss New York City’s outdoor concerts that have become a favorite summer tradition for New Yorkers: They’re free, and are conveniently held in four of the five boroughs. Tens of thousands of music lovers will swarm Brooklyn‘s Prospect Park and Manhattan’s Central Park on July 11, 12, and 17 for rousing performances by the New York Philharmonic. The orchestra will also play at Cunningham Park in Queens on July 13 and Van Cortlandt Park in the Bronx on July 16.

Where to Stay: Book a room at The Chatwal (from $471/night) in Manhattan’s Theater District for one of the most indulgent experiences money can buy. For those who want to break away from the big city crowds, unwind at the Nu Hotel (from $249/night) in Brooklyn’s Boerum Hill neighborhood, offering 93 rooms at wallet-friendly rates.

Insider Tip: New York City has no shortage of arts offerings, especially during the summer. For free lunchtime entertainment, head to Bryant Park for Broadway in Bryant Park. Hour-long performances are held every Thursday, starting July 12. 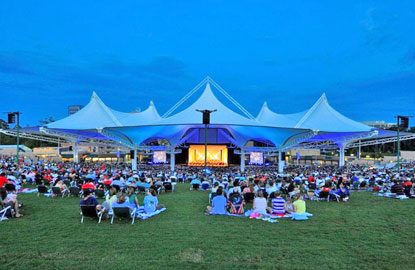 Hear the Sounds of Summer in Space City

Why Go: The Houston Symphony gets a head start to its summer season on April 20, sharing the Cynthia Woods Mitchell Pavilion stage with a full rock band for an exciting classical/classic rock performance of "The Music of Queen: A Rock Symphony." Other entertaining concerts revolve around favorite ballpark tunes, Latin music by Grammy-nominated group Tiempo Libre, and a showcase of classical songs made familiar to millions thanks to Looney Tunes.

Where to Stay: The Pavilion is located about 30 miles north of downtown Houston in The Woodlands community. For a top hotel stay within the city, look no further than the luxurious Hotel ZaZa (from $232/night) in the Museum District, known for its amazing views and top-notch service.

For those who want to make The Woodlands their home base, consider the sleek Hyatt Market Street (from $229/night), surrounded by shops and restaurants, or the recently renovated Woodlands Waterway Marriott Hotel (rates from $189/night), which connects to the Pavilion via a pedestrian bridge.

Insider Tip: All mezzanine and lawn seating is free. Leave the lawn chairs at home, too; the Pavilion rents them at no cost for all performing arts events.