Istanbul is a fabulous destination for food lovers, with a culinary heritage shaped by diverse influences ranging from the Ottoman court to the varied cultures and ethnic groups that over the years have called the city home. Turkey’s largest metropolis also owes its rich cuisine to its proximity to both the fertile Anatolian heartland and to the Aegean and Black Seas. While there are far too many taste-worthy dishes to name them all, here are five quintessential (and mouthwatering) foods not to be missed during a visit to Istanbul. 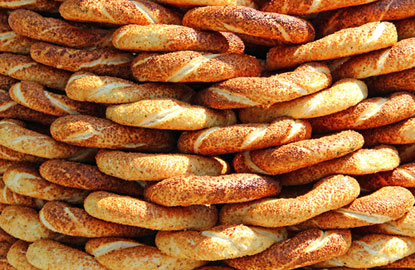 Though it may look quite simple, the humble simit is one of Istanbul’s single most beloved food items. Topped with toasted sesame seeds, the ring-shaped bread is somewhat reminiscent of a bagel, yet its inside and outer crust are far crisper and crunchier. Simit is commonly eaten at breakfast and is also one of Turks’ most beloved snacks, often accompanied by a strong glass of traditional Turkish tea. While the classic simit is sold by street vendors and at bakeries, recent years have seen the opening of a raft of fast food chains—of which the most popular is Simit Sarayi ("Simit Palace")—serving assorted variations, from simit sandwiches to simit-like bread pockets stuffed with cheese or other fillings. 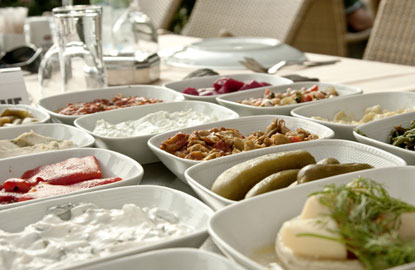 No visit to Istanbul is complete without a visit to a meyhane, or taverna, to sample mezes. The tapas-style small plates, which come in both warm and cold varieties, are a product of the city’s cultural melting pot: traditionally, it was the city’s non-Muslim minorities (Greeks, Armenians, and Jews) who dined on mezes as they imbibed. Some mezes, such as stewed artichoke hearts or purslane in yogurt, are offered only when particular ingredients are in season, while others, like stuffed grape leaves or "Circassian chicken," are perennial favorites. Among the most popular mezes are those made with the ubiquitous eggplant, which is served fried, smoked, stuffed, and just about every other way it can be cooked. 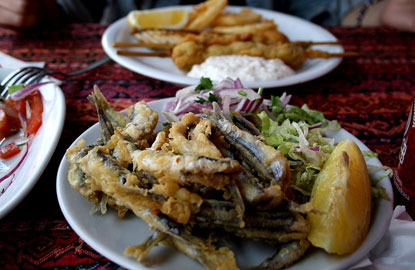 Called hamsi in Turkish, anchovies caught along the country’s Black Sea coast (technically known as the European anchovy) are among the most well-loved types of seafood served on Istanbul tables. During the yearly anchovy season, starting in about mid-October and running through the early winter, the finger-length fish are a dime a dozen and take pride of place on menus at the city’s fish houses and meyhanes. In addition to being enjoyed on their own, whether grilled or dusted with corn flour and fried, hamsi also make their way into Black Sea-style cornbread, pilaf, and other side dishes. 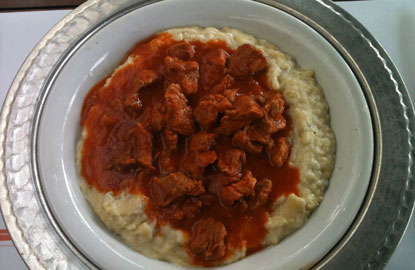 Combining meat and the Turks’ favorite vegetable, hunkar begendi was devised centuries ago in the Ottoman palace kitchens—the name literally means "his majesty liked it." Chunks of succulent lamb cooked in a rich tomato and butter gravy are served over a bed of creamy, pureed eggplant. When the dish is prepared in its most perfect form, each bite seems to melt in the mouth. (It can also be made with chicken instead of lamb.) Forget the standard shish kebabs, with their rustic connotations; hunkar begendi is an exquisite dish fit for a sultan—preferably not one who is faint of appetite. 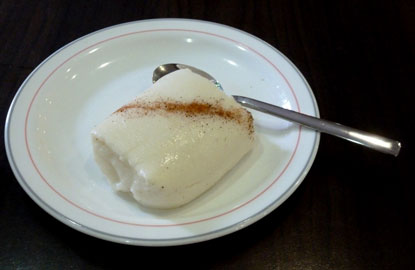 The name of Turkey’s most unusual sweet means "chicken breast," but the moniker is not a metaphor. This famous milk pudding actually contains that unusual (for a dessert item) ingredient. Boiled, finely shredded chicken breast is used as a thickening agent in the pudding, which bears no discernible taste of the fowl that is so essential to achieving the right texture. The thick, gooey treat—which tastes considerably better than it might sound—is served plain or with a dusting of cinnamon on top.

Vanessa H. Larson is a freelance writer and editor based in Istanbul since 2007. She has written about travel, art, culture and fashion for publications including The Washington Post, Time Out Istanbul, Qatar Airways’ Oryx and SHOP Istanbul and has helped update two editions of Fodor’s Turkey. Follow her on Twitter @vanessahlarson.

Thinking of a trip to Istanbul?

For up-to-the-minute hotel and restaurant recommendations, as well as the best planning advice, check out our Istanbul Travel Guide.