News Robin Catalano Horses Run Wild on This Puerto Rican Island⁠—but for How Much Longer?
NewsFive Insider Tips for Your Next Disney World Trip

Five Insider Tips for Your Next Disney World Trip

The Walt Disney World Resort is ever-changing, making even the most experienced veterans feel like first-timers. Whether it really is your first trip or you’re headed back this year for the second (or tenth) time, here are our insider tips based on some of the newest (and biggest) developments at Disney World this year. 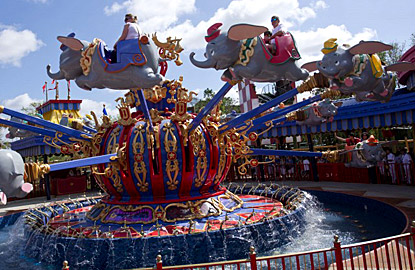 The biggest expansion of the Magic Kingdom since its opening in 1971, the Fantasyland expansion project will include new restaurants, attractions, and character experiences. The project will open in stages over the next two years, but upon its completion, Fantasyland will be almost double its present size. Already up and running is the new Dumbo in the Storybook Circus section and the "re-imagined" Barnstormer coaster, featuring the Great Goofini as your unpredictable pilot.

By July, a second Dumbo will be flying beside the first, along with an interactive queue to make the wait seem shorter, as well as a Casey Junior Circus Train water play area. Be Our Guest, a restaurant themed after the ballroom scene from Beauty and the Beast, and Under the Sea: Journey of the Little Mermaid will both be opened by Christmas of 2012. A new Princess meet-and-greet area, taking the place of Snow White’s Scary Adventures, will be created in 2013 and the Seven Dwarfs Mine Cart, a "first coaster experience" designed for kids of all ages, will debut in 2014. 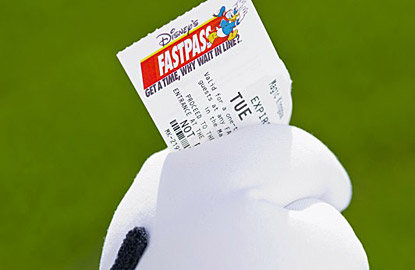 The Fastpass system may seem old hat to return visitors, but Disney has recently made one major change that can completely alter your touring schedule. Cast members are now strictly enforcing the hour limit printed on the time card. Make sure to keep note of when your Fastpass now expires, because when the hour is up, the Fastpass is useless. 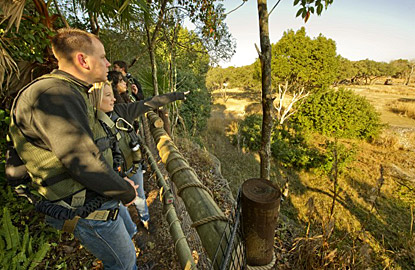 There are two new tours at Walt Disney World, and both are great for families with older children. First is Walt Disney: Marceline to Magic Kingdom, a two and a half hour guided tour around the Magic Kingdom in which you’ll learn about the history of Walt’s vision for his theme parks, and experience how the Imagineers bring that vision to life with a backstage look at an attraction.

At Disney’s Animal Kingdom, don’t miss the Wild Africa Trek (pictured), a walking tour that takes guests behind the scenes at Kilimanjaro Safaris. Feed hippos, have lunch on the savannah, and walk over a suspension bridge above a lagoon of crocodiles! And best of all—a photographer follows you around snapping every important moment, so you’re free to just savor the experience and enjoy the view. 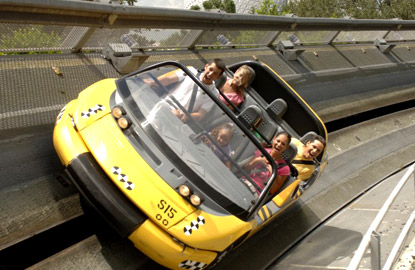 One of the Epcot’s most popular attractions is currently experiencing a major overhaul—at least in the queue and preshow area. Before boarding, guests will be able to design their own Test Track car, taking into account power, efficiency, and responsiveness. While the track will remain the same, guests will now see how their design decisions affect their vehicle. Look for these changes in the Fall of this year. 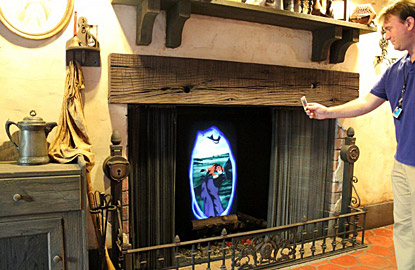 Since their research shows that families love to play and problem solve together, Walt Disney World has created two new interactive experiences.

In Sorcerers of the Magic Kingdom (pictured), Merlin is doing all he can to stop the sinister Hades from taking over the Magic Kingdom—but he needs a little help. Those who choose to assist him can visit the training grounds (located at the Fire Station on Main Street and behind the Christmas Shop in Liberty Square) to receive a key card as well as magic spell cards to help the Disney good guys face off against the villains. A cast member is on hand to explain how the game works, but as always with technology—kids learn the fastest. New spell cards can be picked up every day at the Magic Kingdom, but the key card, and progress made against Hades, stays the same.

At Epcot, Agent P’s World Showcase Adventure, based on the hit show Phineas and Ferb, will open in June 2012. Evil mastermind Dr. Doofenshmirtz is out to take over the globe, starting with the nations of Epcot’s World Showcase. Since Perry, aka Agent P, is currently trapped in a pet carrier while the Flynn-Fletchers vacation, and is thus out of commission, it’s up to theme park volunteers to save the world. Darting around the pavilions collecting clues and solving puzzles is a great way to get kids enthused about visiting the nations of the World Showcase—and to get the whole family working as a team.

Leigh Jenkins, co-author of Walt Disney World with Kids, made her first visit to Walt Disney World before she was year old. Since then she has visited the parks numerous times, always taking in what’s new. Currently her favorite attraction is Star Tours, and she can never let a visit go by without visiting 50’s Prime Time Café. When she is not wandering the parks, Jenkins resides in Charlotte, NC with her husband.