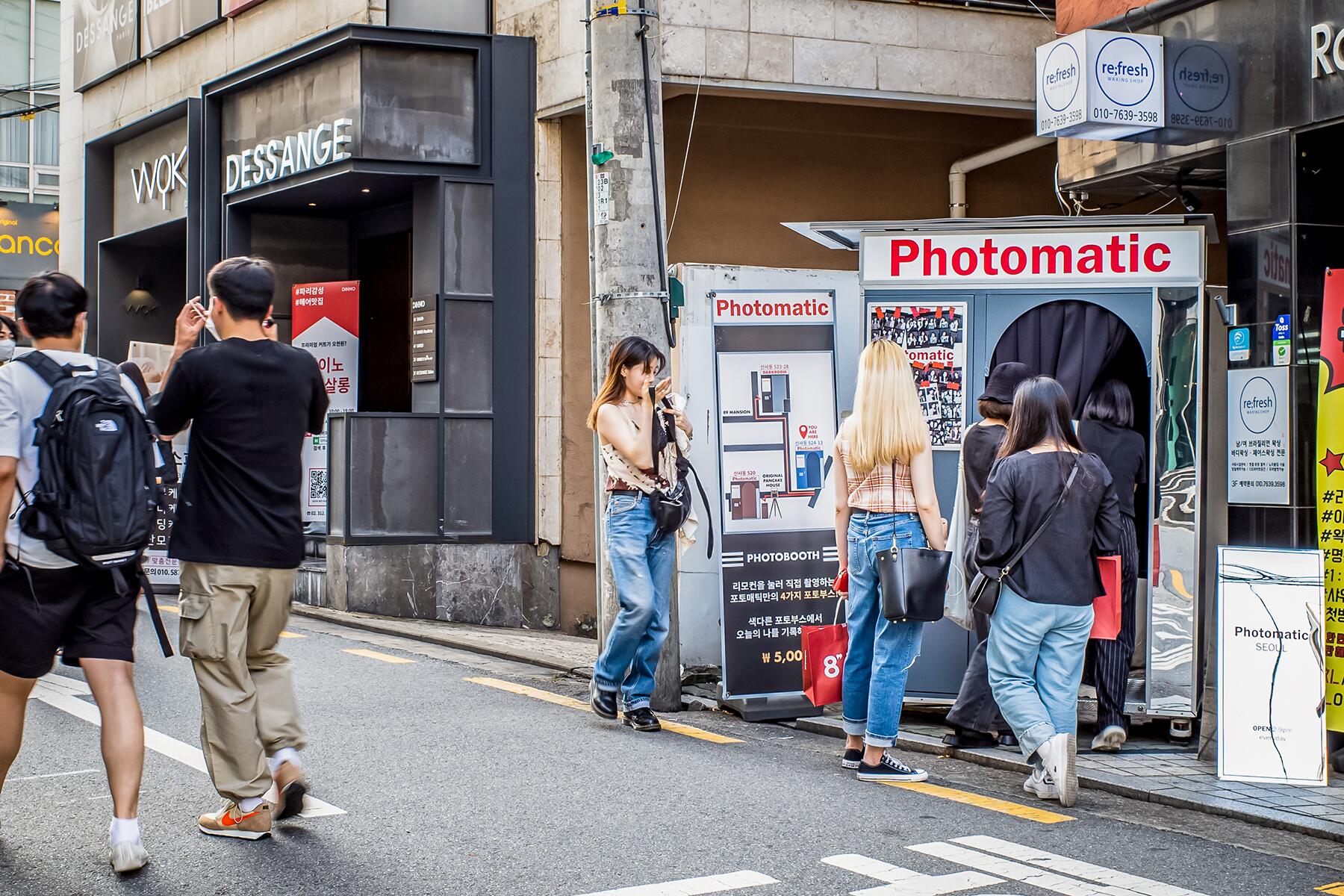 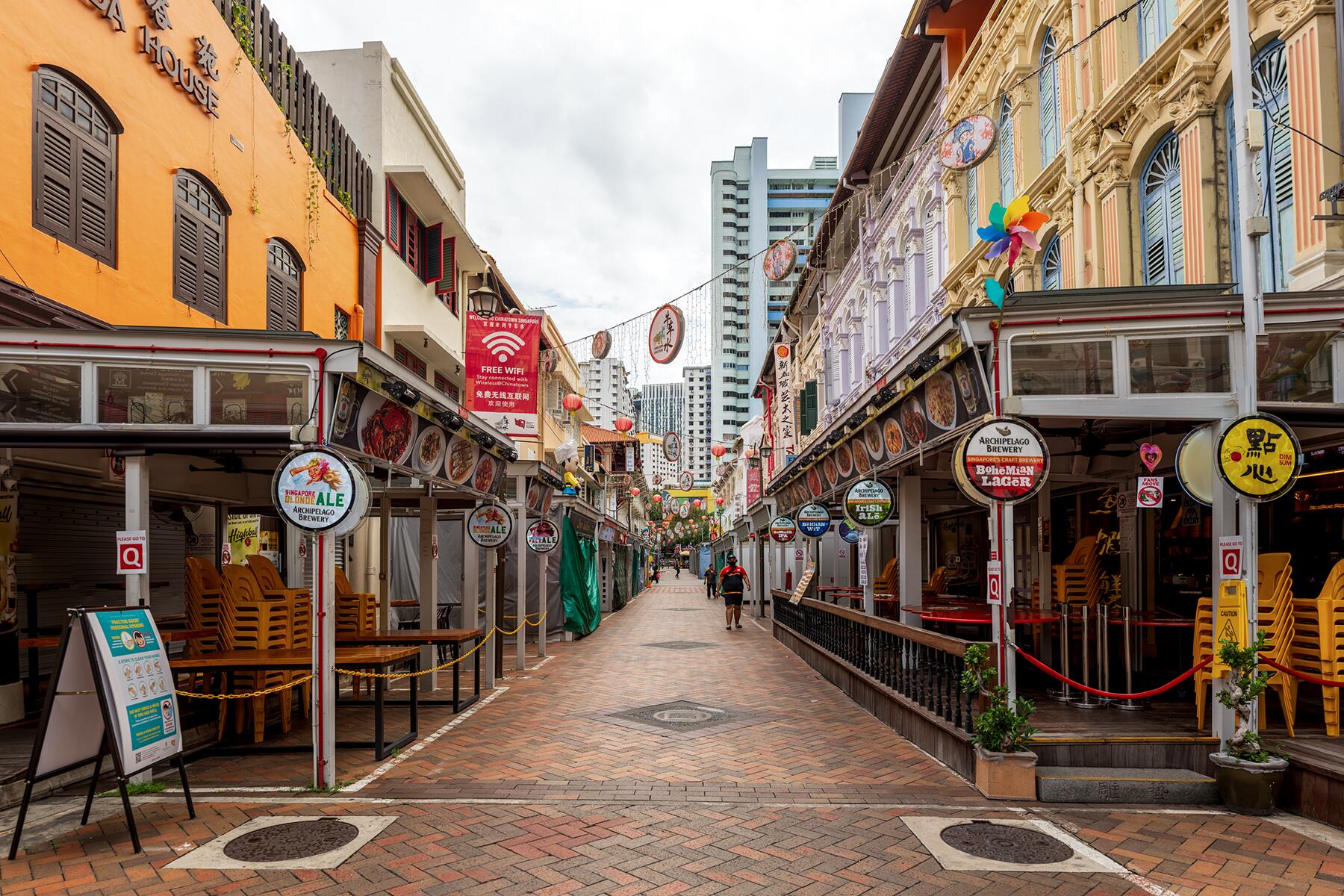 Bites Charlene Fang Singapore’s Food Hawkers Are Still Being Hit Hard by the Pandemic. Can Anything Save Them?
Home  >  News   >   Five Fabulous Farm Dinners this Summer

The period between Memorial Day and Labor Day is prime time for boutique, family-owned farms. Many of these farms open up their pastoral settings to five-star dining experiences by partnering with local (and sometimes nationally known) chefs who take on the challenge of executing a menu drawn from their farm-grown products. Ingredients are grown just a few yards from the dinner table.

Here are five farm dinners–in regions rich with organic farms–that would be a shame to miss. While it may, on first glance, seem like a pricey night out it’s actually not. Wine is included and the courses are many—plus, you are supporting a small agricultural business. Compared with dinner at a fine-dining restaurant in the city, the prices are about the same. 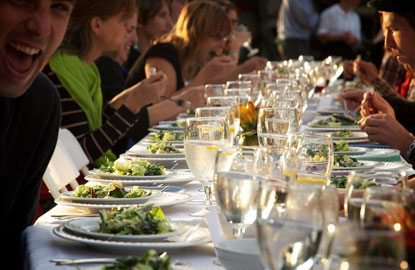 Bites Charlene Fang Singapore’s Food Hawkers Are Still Being Hit Hard by the Pandemic. Can Anything Save Them?
Continue Reading Article After Our Video

Quarterly dinners showcase what’s in season at Green Oaks Creek Farm and Retreat, a coastal farm along Highway 1 in the Santa Cruz Mountains that’s snug in a Mediterranean climate and only about an hour’s drive south of San Francisco. The summer dinner ($140, including wine) is August 4. Only 80 tickets are sold for each dinner and for good reason: if you pack too many people in, the intimate nature of these dinners, not to mention the five-star table service, is lost. Included in the cost is a tour of the grounds.

Where else but the mother lode of elegant harvests (Sonoma County) to host a wine dinner? Quivira Vineyards & Winery introduced their farm-to-table dinners this year. The July 28 dinner–focused on summer fare, and costing $125–kicks off with a glass of the winery’s white wine followed by a guided tour of its 1-acre garden and biodynamic vineyard (including the resident pig, Ruby). Wines are paired with each course, of course. 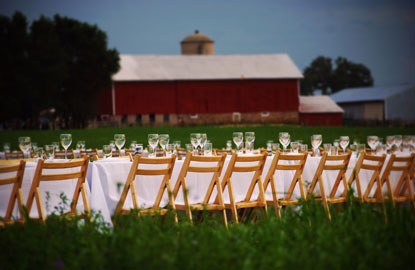 Outstanding in the Field

A nationally recognized group, Outstanding in the Field hosts dinners at farms across the country. (They’ve even started international farm dinners in the colder months.) Come August they’ll be hosting in Wisconsin; on August 11 is a sold-out dinner at Sassy Cow Creamery (Columbus), but tickets ($200/person) are still available for a double-header at Dietzler Farms (an all-natural beef farm in Elkhorn) on August 12 and 13. The first night features chef Dan Van Rite of Hinterland Erie Street Gastropub in Milwaukee and chef Jared Wentworth of Chicago’s Longman & Eagle will be cooking the following evening. Both beer and wine are served with dinner. 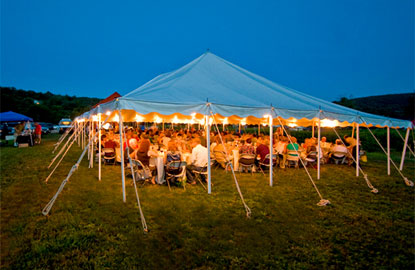 Seven of the events in the "delectable dinner series" from Max’s Chef to Farm this summer and fall are hosted at Rosedale Farms & Vineyard. Each has a theme tied into New England’s bounty, ranging from corn to sustainable seafood. Chef Scott Miller, who cooks year-round for Max Restaurant Group eateries in Connecticut and Masschusetts, writes the menus and orchestrates the events, which cost between $110-$135. 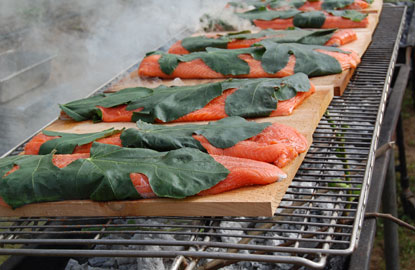 Since 2003, Plate & Pitchfork has organized farm dinners around Oregon, with wine pairings from a local winery unique to each dinner. There are 17 dinners ($125-$150) scheduled for this summer; so far, eight are already sold out. What remains are opportunities to, for example, dine at farms established during the late 1800s and visit a farm on Sauvie Island along the Columbia River.