Facts you probably did not know about Ireland: the national symbol of the Republic of Ireland is the harp, not a shamrock; the architect of the White House was from Kilkenny; and, despite ubiquitous rolling pastures and historic cathedrals, there’s a lot more "cool" than you would believe. We’d like to think that the notable trendsetters the Emerald Isle has introduced to the world—from U2 to Oscar Wilde—would agree. Ireland is rife with centuries-old castles, buzzing pubs, a terrific nightlife scene, and chic, intimate boutique hotels. Grab yourself a Guinness and check out our five must-see attractions that locals would agree are as cool as the land is green. 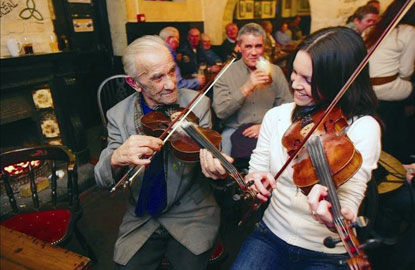 Most travelers to Belfast will head straight to Whites Tavern, touted as the oldest pub in the city (circa 1630). Locals, however, prefer the dingy Kelly’s Cellars (since 1720). Its low ceilings, wooden beams, unleveled floors, antique wall fixtures, and original, arched passageways transport visitors to 18th century Belfast pub scene. Live folk music, cold Guinness on tap, and a slew of regulars keep the spirit of Irish pub culture alive. Visitors will agree this traditional Irish pub is what newer pubs model themselves after, as Kelly’s is a true Irish dive bar at its finest, packed with character and charm. 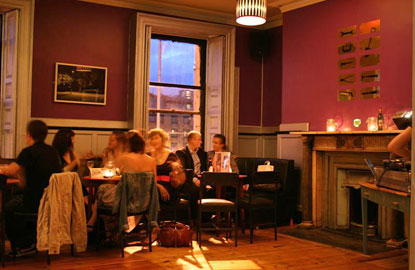 U2’s Bono aimed to expand his Clarence Hotel two doors down by acquiring the building. However, plans fell through when the recession kicked in and now stands a riveting music venue/lounge/bar/pub/event center that’s fast becoming an institution. Indeed, The Workman’s Club is a true blessing in disguise.

Open for less than two years, this former men’s-only bar for the blue-collar worker (hence the name) is now a go-to spot packed eclectically with hipsters, footballers, artists, and tastemakers. Five very different spaces—from a live performance venue to a rooftop bar—sets the scene where night owls can have a pint, rub elbows with famous musicians and dance to live DJs.

Insider’s Tip: Wednesday nights prove popular with the mid-week rush of nightlife revelers who can’t wait until the weekend to get a dance in. 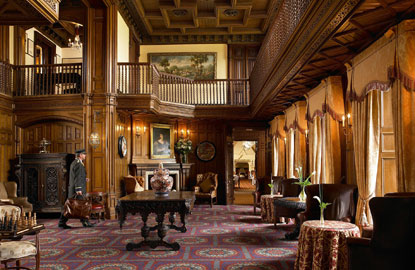 No, afternoon tea doesn’t sound hip per say, but it’s an interesting affair at Ashford Castle, a former fortress built in 1228. From 3-5 pm, guests congregate in the spacious, high-ceilinged drawing room, where they’re likely to chat up other Irish-Americans visitors who’ve vowed to discover their roots. Locals celebrating special occasions and long-haul visitors ogling the scene add to the vibrant buzz of the afternoon. Old-world charm is met with antique furnishings, crystal chandeliers, and tranquil views of Lough Corrib.

Insider’s Tip: Opt for the champagne afternoon tea, served with a selection of sandwiches, miniature pastries, and fruit scones with hot beverage and a glass of Gremillet bubbly. 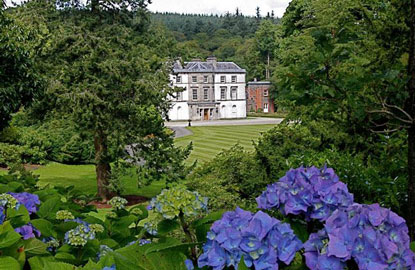 Since it opened in 2010, Montalto Estate has been the "it" spot for the highbrow set, whether visited for long lazy lunches, golf weekends, or intimate weddings. Lady Gaga recently rented out the entire estate, upping its cool factor. The centuries-old, 400-acre private estate has nine well-appointed rooms that come equipped with personal butlers and highly-sought chef Paula Mcintyre, who has a published book and cameos on several TV programs. Take a stroll by the lake or sip a tea by the fireplace in their cozy library.

Insider’s Tip: Check into the Toil Suite. The four-post bed was built by a local craftsman who duplicated it from his original bed made specifically for the Queen. 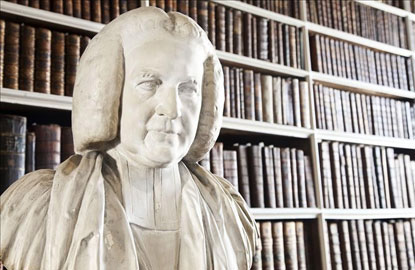 Most visitors who travel to Armagh—the oldest city in Ireland—make a beeline to the two St Patrick’s cathedrals (built originally in 445 (and again in 1840) and 1904, respectively), following the trail of St. Patrick, who brought Christianity to this small city. One of Armagh’s best gems is its public library, one of the oldest libraries in the country, home to 500 years of books, including rare first printings. Its prized possession is the first-edition, first printing of Jonathan Swift’s Gulliver’s Travels, regarded today as a world classic. Interestingly, books here are shelved by size, not subject.

Insider’s Tip: Don’t be misled by the locked door and buzzer to gain entrance. If you come during business hours, they are surely open.