Two weeks after moving to Paris, I found myself sitting in a swanky bar near Opéra Plaza for my first French happy hour. One of my compatriots, a Paris resident for many years, declared the bar’s mojito "the best in the city," so naturally, I ordered one. Almost fifteen minutes later, the server delivered my drink; the long, thirsty wait had already begun to take the shine off the endorsement, but the drink itself sealed the deal. One or two old mint leaves topped off what was mostly soda water with barely a splash of rum. My friend clinked my glass and winked, "I told you it was good, didn’t I?" What? Was the Paris cocktail scene so abysmal that people were actually fooled into thinking this was a passable drink? Surely I could find better.

And thus began my search for well-made cocktails in The City of Light. A few quick searches turned up the usual suspects: Bar Hemingway and Harry’s New York Bar, both of which serve legendary cocktails with legendary prices to match. I don’t mind paying a little more for a good cocktail, but $30 to $40 a drink seems excessive. Pressing on, I found that Paris does have a growing cocktail scene with lounges and speakeasies opening all the time.

We even have a few expert mixologists who are giving Paris wine bars a run for their money with artisan cocktails. So having done the leg-work, we present the five best spots to find a truly fantastic cocktail in Paris. 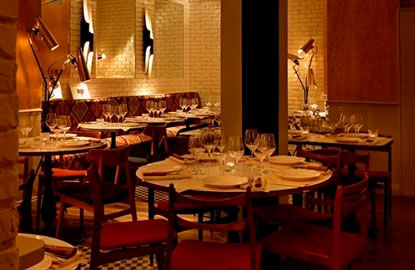 A trio of amis, Olivier Bon, Pierre-Charles Cros, and Romée de Goriainoff, makes up the brains behind Experimental Cocktail empire that includes four swanky cocktail clubs in Paris: Beefclub, Curio Parlor, Experimental Cocktail Club, and Prescription Cocktail Club. (They’ve also got one in London and one in New York.) And Le Ballroom du Beefclub is the latest entry to the Paris scene.

With its speakeasy vibe and dark, sexy ambience, it’s the perfect spot to hunker down into a cozy couch with a unique cocktail. If you get there before 10, you’ll have the place to yourself; after that you’ll be fighting for a table. (Note: they’ve admitted they don’t really answer the phone, so your best bet for reserving a table ahead is via email.) 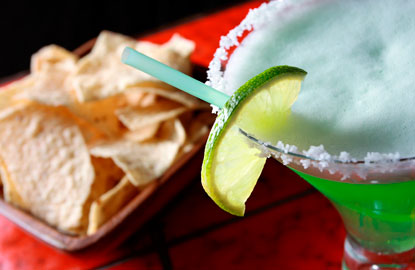 If you think finding good cocktails is difficult in Paris, try finding good Mexican food. Luckily, Candelaria delivers a little of both. If you need a break from duck confit and baguettes, settle in for some tasty tacos, chips, and guacamole at the restaurant in the front, then sneak through the "secret" passageway that leads to the bar in the back. 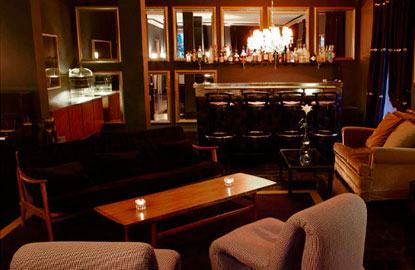 Scene: you’re sightseeing in Montmartre with hordes of other tourists, dreaming of some peace, quiet, and, be honest, a strong cocktail. You’re in luck, but only if you booked in advance at Tres Particulier, a serene spot so relaxing, you might wonder if you’re still in noisy Paris. Walk through the iron gates into the garden and you’ll find a smattering of tables and David, your New York-transplant mixologist, who will make you something delicious.

Drink to Try: Between the Sheets (Gin [their version substitutes this for brandy], rum, Cointreau, lemon juice) 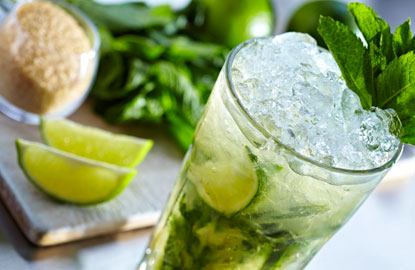 Located between the Tuileries and Place Vendome, Ferdi is the perfect spot to relax after a long day of sightseeing or shopping. Take heed; the location is as tiny as one of their tapas offerings, so book ahead or you won’t get a table. 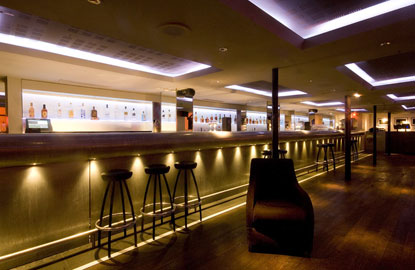 Located in Saint Germain des Près, this lounge is full of beautiful people sipping beautiful cocktails having a beautiful time—so join in and be beautiful with them. The long sleek bar and the backlit bottle area give Alcazar a more modern feel, and there are plenty of tables to relax into with a drink. Depending on what night you’re there, you might find an open-mic night, house music, or even a burlesque show.