News Apeksha Bhateja What Are the Chances You'll Get Monkeypox at a Hotel?
NewsFinding Spies in Paris 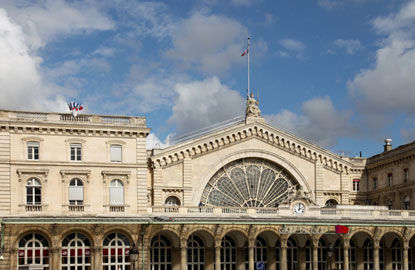 I wrote my first three historical spy novels while living on the rue du Parc Royale, in the Marais quartier of Paris. As I did research on the espionage wars of the 1930s and the first years of World War II, I discovered that much of what went on between the Soviet secret services, the British MI6 and Special Operations Executive, and the German Gestapo and Abwehr, had taken place in central Paris and in places I saw and experienced every day.

For example, the Place du Marche Sainte-Catherine, where I used to sit at a favorite outdoor restaurant, is home to the (now highly renovated) Hotel Caron. The hotel was once home to a man named Abraham Rajchman, who was a master forger for what came to be called the Red Orchestra, the main Soviet spy network of the 30s and World War II.

And those days weren’t exactly gone. Sometimes American friends who came to visit stayed at the Hotel Lutetia, which had been occupied by the Abwehr (German military counter-intelligence) during the occupation. On the nearby rue du Cherche Midi, a long winding street, lived the Soviet journalist Ilya Ehrenburg, the leading Russian foreign correspondent and a very dark presence. Ehrenburg likely stayed away from the Soviet Embassy, a mansion behind a walled garden on the fancy rue de Grenelle. Two White Russian generals, abducted on the streets of Paris in the 1930s, may have spent time in its basement and at least one diplomat escaped from there and defected.

In those three books and the eight that followed, I had to orchestrate agent meetings all over the city, and so I used the places where they reportedly took place: near the Gare St-Lazare in the 9th Arrondissement, at the open railway freight yards by the Gare de L’est (pictured above), in the 19th Arrondissement, where poor Algerian workers lived (and Germans didn’t like to visit), in the cheap hotels—like the Hotel du Nord, on the banks of the Canal St-Martin—in the Jardin des Plantes on the Quai St-Bernard in the 5th, where French resistance fighters buried arms in the greenhouses.

In my new book, Mission to Paris, there is an American spy operation in 1938. So, for clandestine meetings, I chose places where Americans might naturally-have visited: the stacks of the American Library (then not far from the Arc de Triomphe), in the waiting room of the American Hospital in Neuilly, where downed American pilots were hidden after 1941, and at the American Embassy, which still sits in the same place.

It was easy to discover that the history of Parisian intrigue lives on like a spirit. It can be sensed in the darker streets, the lost little bars, and the dusty bookshops. Paris has always been a center of conflict, which leaves its ghostly trace and you can, if you like, find it even now.

Enter to win a copy of Mission to Paris!

Alan Furst is widely recognized as the master of the historical spy novel. Now translated into seventeen languages, he is the bestselling author of Night Soldiers, Dark Star, The Polish Officer, The World at Night, Red Gold, Kingdom of Shadows, Blood of Victory, Dark Voyage, and The Foreign Correspondent Born in New York, he now lives in Paris and on Long Island. His most recent book, Mission to Paris, was recently released.