News Amy Fallon With Violence Continuing There, Should We #VisitUganda?
Home  >  News   >   Tips for Surviving a Multigenerational Vacation

Tips for Surviving a Multigenerational Vacation

My pregnant wife wrapped a beach towel around my foot to stave off the bleeding. My mom rushed over to see why her son was writhing in the sand. My nephews—snorkeling masks pinned to their foreheads—aimed their cameras, determined to immortalize one of their uncle’s least spectacular moments. I didn’t realize it then, but a stingray had stung me when I was wading in the shallow surf of Bahia Honda Key. My only focus was on survival. Would I survive long enough to write my blog post about surviving a multigenerational vacation? I would. But not without learning a few valuable lessons...

Gathering at Granny’s house doesn’t cut it anymore. With more active seniors and more worldly toddlers, holidays and summer breaks are now reserved for extravagant getaways that can be enjoyed by all ages. The key words are can be. The priorities of an average 12-year-old often differ from those of a 72-year-old. So how do we take the entire family on the road without sacrificing our sanity? Here are a few tips.

Make Yourself at Home 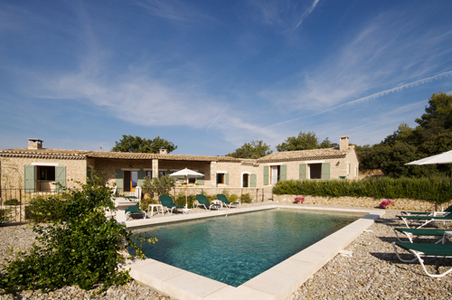 Booking a hotel room is easier than ever, but hotels don’t necessarily make multigenerational vacations run smoothly. Think of how difficult it is to wrangle a family to the dining room table. Now spread that family across multiple hotel rooms and try to get them to all show up in the lobby at an appointed time. An easier, more intimate, and more affordable option is to rent a house.

In a rental house, bedrooms promise privacy, but everyone will still be within shouting distance. Fully furnished kitchens turn meal preparations into relaxed and cooperative affairs. And when Pop-Pop and Cousin Sue want to sit out an activity, they won’t be banished to a hotel fitness center or a drab room where cable TV and a mini-bar are their only entertainment choices.

Rental properties are abundant and diverse. A quick search on leading sites VRBO.com and HomeAway.com will return plenty of inventory beyond the typical ski cabins and beachside bungalows. As long as you plan ahead, you can rent just about anywhere. For this spring break, my family booked a three-bedroom waterfront home in the Florida Keys. It came with WiFi, a dock, two decks, a pool, and a hot tub, and it was half the price of a week in a hotel. 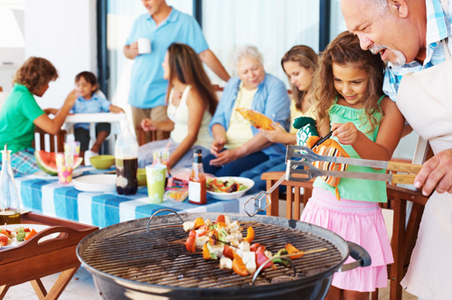 Vacations require leaders or, at the very least, role players. Who’s driving? Who’s cooking? Who’s paying? Establish these roles early and avoid awkward moments and disagreements. For instance, even if you can jam the entire gang into a mini-van, consider bringing or renting at least two vehicles and designating at least three or four drivers. You’ll appreciate the freedom it grants you when half the family wants to stay on the slopes and the other half wants to get back to the fireplace. However, don’t go overboard and reserve a car for everyone with a license. You booked this trip in order to bond. That’s hard to do that when everyone is off on individual adventures.

The same holds true for food. You don’t want family members to fend for themselves, but you also don’t want to cater to only a few palates. If you’re renting a house, start a grocery list of essentials and ask everyone to contribute ideas for the week’s meals. Find some common culinary ground but also indulge personal tastes. Then decide who’s going to shop and who’s going to cook. Create a loose schedule. When is taco night? Whose steady hands are up for making a soufflé? Plans will change, of course. There will be impromptu restaurant outings. But at least you’ll always have backup provisions in the fridge.

When you do make those impromptu outings, or even planned ones, it helps to know who’s slapping down the credit card. Perhaps your family members are like mine and have a tug-of-war when the bill arrives, or maybe they do the opposite and make fortuitously timed pilgrimages to the restroom. Save everyone the trouble and figure out financials beforehand. You might be surprised by the generosity vacations inspire. Perhaps little Tyler will offer to treat everyone to lunch with his paper-route money. Let him…so long as he understands that Aunt Penny enjoys only the most expensive cuts of sashimi.

Get a Little Uncomfortable 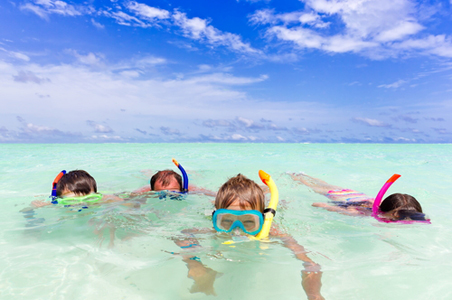 My family’s vacation to the Keys yielded a few surprising discoveries. My mom found out she was a much better snorkeler than she imagined. My nephews learned that helping their grandpa with scientific experiments was as fun as fishing with their dad. My dad realized that the intolerable mosquitoes he remembered from a long-ago trip to the Everglades are virtually non-existent in March. Because we all participated in activities that we might have avoided on our own, we took a few uncomfortable risks. The risks, for the most part, paid off.

And what surprising discovery did I make? I made two actually. The first is one I should have already known: Mom is wise. On our drive down Route 1, she made sure to map out the quickest route to the closest hospital. After all, our group included a pregnant woman, a senior citizen with heart issues, and a couple of tweens who planned on baiting hooks and belly-flopping in any patch of water they could find. Did we end up visiting that hospital? You bet, but not to care for any of the aforementioned travelers. Which brings me to surprising discovery number two: a stingray sting probably won’t kill a 36-year-old man, but it can certainly make him appreciate the planning of a wise mother, the driving skills of a calm sister, the medical acumen of a loving wife, and the good humor and restraint of an entire family that agrees not to publish the pictures of his shirtless surfside agony on Facebook.

Aaron Starmer is a travel writer and the author of the children’s novels DWEEB, The Only Ones and the upcoming The Riverman. Visit him at www.aaronstarmer.com.