Coronavirus Leila Najafi Want to Stay in Costa Rica for Over a Year? A New Law Might Help You
Home  >  News   >   Fall 2013 Guide to Paris

Autumn is Paris’s best and busiest season as the lazy summer ends and Parisians return from vacation en masse, geared up for an exhilarating roster of new and exciting events. If you’re lucky enough to be in the City of Light this fall, here’s a selection of quintessentially Parisian happenings in the realms of food, fashion, culture, and much more, to get you out and about in style. 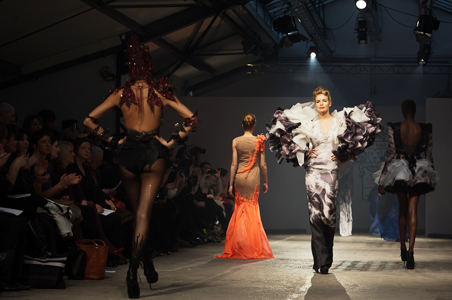 Nothing says fall in France like the grape harvest (les vendanges), and the tradition endures at Paris’s last remaining vineyards, where revelers of all ages join in the annual Fetes des Vendanges de Montmartre, a five-day bacchanal, with street music, fireworks, dancing, food, and, of course, the local wine.

The Salon du Chocolat returns in a new, expanded version, making room for more than 400 participants dedicated to the theme, "Why is chocolate so magical?" Find the answer in a multitude of tastings, food pairings, demonstrations, an all-chocolate fashion show, and more. Meet the experts, dig the entertainment, or just pig out! 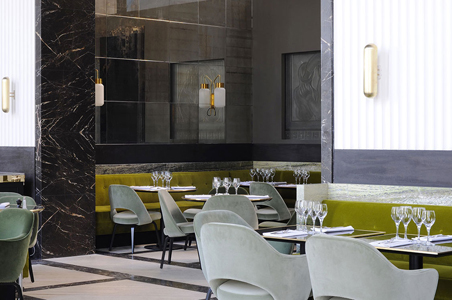 Renowned chef Eric Fréchon’s (Le Meurice, Mini Palais) just-opened Lazare, at the Saint-Lazare train station, serves nonstop from 7:30 am till midnight. Come for a meal, teatime, or a glass of wine and charcuterie—you don’t have to be en route to experience the 3-star Michelin chef’s culinary magic.

The new Monsieur Bleu restaurant, in the Palais de Tokyo center for contemporary art, is hands down Paris’s most beautiful restaurant. Add an impressive outdoor terrace with sweeping views of the Seine and the Eiffel Tower, and some pretty good food to boot, and you’ve got a winning formula. 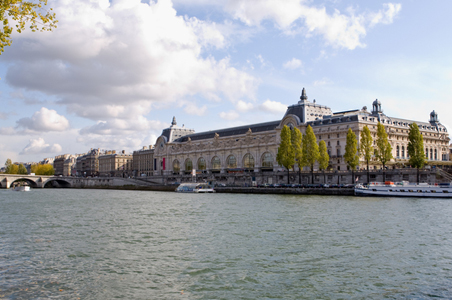 Fashion is a dominant theme this fall in Paris’s thriving arts scene, with a trilogy of style-centric shows, starting with the hotly anticipated reopening of the newly renovated Musée Galleria after a five-year renovation, starring Alaïa, a retrospective of the master’s work from the 1960s to the present.

Get a glimpse of Paris’s fashion roots at the Musée Carnavalet’s Story of a Wardrobe: One Parisienne’s Style from the Belle Époque to the 1930s, a rare glimpse into the origins of Paris haute couture through the closets of chic Parisienne Alice Alleaume, with creations by the houses of Worth, Lanvin, and all the legends of the day.

A first look at the best and brightest in French contemporary bijoux can be had at the Musée des Arts Décoratifs’ survey, Dans la Ligne de Mire (In the Line of Sight), featuring 55 leading French jewelry designers setting all the conventional notions of jewelry on their head.

The Musée d’Orsay’s rare and refreshing Masculin Masculin, the Male Nude in Art From 1800 to the Present, takes a look at male nudity in painting, sculpture, the graphic arts, and photography from collections throughout France, many exhibited for the first time. 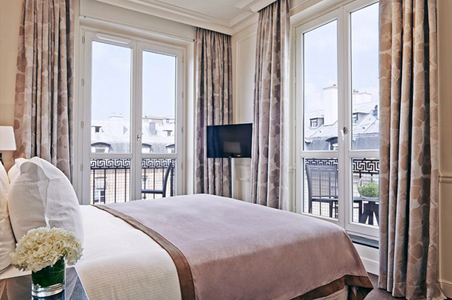 The new Grand Hotel Palais Royal in the heart of Paris, is just steps from the Louvre, the Tuileries gardens, rue Saint-Honoré shopping, and, best of all, the magnificent Jardins du Palais Royal. Housed in a historic 18th-century building, the stylish hotel’s 68 contemporary-deluxe rooms offer tremendous views of Paris, some from private balconies, an exclusive spa, gourmet restaurant, and atmospheric cocktail bar.

In a more contemporary vein, the Hotel de Nell gives visitors entree to the chic, up-and-coming neighborhood in Paris’s 9th arrondissement. The sleek 33-room boutique hotel focuses on design as much as comfort, and its restaurant, La Régalade Conservatoire, a destination unto itself, is the third in chef Bruno Doucet’s triumvirate of superb, quintessentially Parisian bistros. This one the chicest of them all. 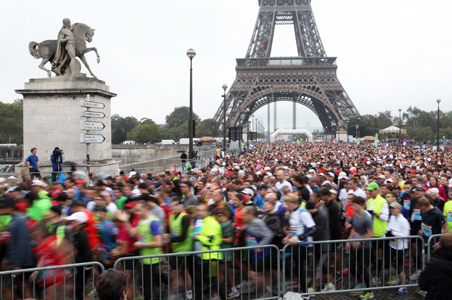 Where else can you be cheered on by thousands of supportive Parisians while taking in the sights? The 20th Edition of the Paris 20k Marathon (departs at 10 am from the Pont d’Iena) provides a 12.5-mile circuit that takes you past Paris’s notable monuments and into the lovely Bois de Boulogne.